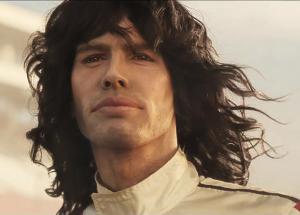 Tyler stars in this Big Game :60 set at an old abandoned car racetrack. With the familiar notes of “Dream On” playing backwards, Tyler looks as though he’s about to race the Kia Stinger against another legend, two-time Formula One and Indianapolis 500 champion Emerson Fittipaldi. After a moment of reflection, rather than driving the car forward, Tyler takes the car backwards around the track, accelerating in reverse. When he comes to a stop, he finds himself in the early 1970s—a young rock star in his prime, at a moment when he felt most alive. The spot ends with the on-screen text “Feel Something Again.”

David Angelo, founder & chairman of David&Goliath, said: “After test driving the Stinger and all its competitors, the biggest difference was that the Stinger made me feel something. The challenge was to bring that feeling to life in a way that was totally unexpected. Kind of like driving backwards on a racetrack to another point in time. We chose Steven Tyler because like the Stinger, he is a challenger brand himself with an ageless, audacious spirit. And while the expectation would be to use humor, we purposefully chose a more serious and epic tone to properly reflect the Stinger’s persona and where the Kia brand is going.”

D&G worked with director Nicolai Fuglsig of MJZ to give the spot an epic cinematic, almost haunting, tone.

Angelo added: “One of the biggest challenges was authentically re-creating the 25-year-old version of Steven. We had to get that absolutely right. Fortunately, thanks to the amazing artists at The Mill, we were able to get the glowing approval of Steven, his daughter, friends and a handful of rockers who know him best. With the help of Human, an LA-based music company, and Steven Tyler, we created an original music composition that gradually transforms into Tyler’s ‘Dream On’—a song about the passage of time—almost as if it was a distant memory that resurfaced as he raced back through the years.”

Facial reconstruction
The fountain of youth flowed to Tyler from talented visual effects masters at The Mill who deployed a little CGI magic.

In order to give the rocker his youthful look, The Mill’s artists reconstructed his face entirely in CGI. First, a scan was taken of his body to give the artists a base to work from. Then came the sculpting process, where the artists filled in muscle, fat and cartilage to essentially reverse the effects of time. They also matched the look of certain features such as his lips, eyebrows and cheekbones, drawing reference from older footage and photos of Tyler from about 45 years ago.

The visual effects team also captured Tyler’s acting on set, drawing from his bodily response and mimicking his facial emotion for the CGI version of him.

If you look closely toward the beginning of the commercial, a quick shot of a black and white photo of Tyler appears. This actual archive photo from back in the 1970s was used as a crucial reference—not only for the visual effects artists, but for the audience to take note before the big reveal.

The Mill’s toolbox on “Feel Something Again” included Flame, Nuke and Maya.

Alwin Kuchler was the cinematographer. Editor was Grant Surmi of Exile.