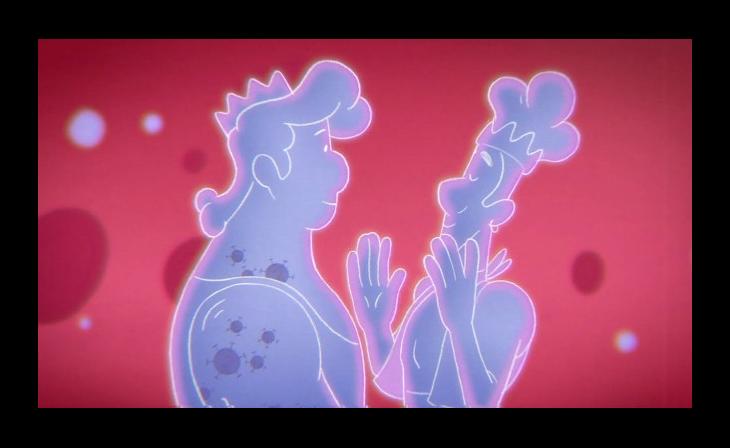 Freddie Mercury video "Love Me Like There's No Tomorrow," directed by Esteban Bravo and Beth David 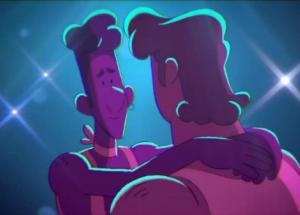 This animated music video pays tribute to not only Queen’s Freddie Mercury--the iconic performer who died of AIDS-related causes in 1991--on what would have been his 73rd birthday, but also the charitable Mercury Phoenix Trust. Universal Music Group recently released this music clip as a visual accompaniment to Freddie Mercury’s 1985 track, “Love Me Like There’s No Tomorrow.” This inventive piece tops SHOOT’s quarterly Top Ten VFX/Animation Chart.

Directors Esteban Bravo and Beth David teamed with Germany-based production companies Friends Electric and Woodblock along with animation studio Studio Seufz on the video which tells the story of two white blood cells that fall in love. However, one of the cells has become infected with HIV. The microscopic lens perspective of this tale provides a direct visual representation of the AIDS crisis in the 1980s, a major part of LGBT+ history. Through the two cells as characters, we see the struggles they face in their relationship with each other, their perceptions of themselves and society’s bias and neglect of them. Only after years of clinging together, fighting for more research and healthcare, millions of lives have been saved. The two characters not only survive but live long healthy lives as a couple thanks to their perseverance, strength and love.

“Love Me Like There’s No Tomorrow” is taken from “Never Boring,” the definitive Freddie Mercury solo collection, which earlier this month was released worldwide through Universal Music Group, Hollywood Records and Mercury Records.

A joint statement from directors Bravo and David read, “We wanted to tell a story that was relevant to Freddie’s life, but not explicitly about him.” This led to the blood cell protagonists as well as delving into LGBT+ and AIDS history, ranging from the struggle to eventually the remarkable progress that’s been made.

The directors, looking back on the project from a technical perspective, jointly added, “With the tight timeline, we looked for any opportunity to streamline the pipeline for the project. Our animation supervisor, Janina Putzker, utilized TV Paint’s AnimBrush tool to create a looping cycle for the red blood cells that populate the bloodstream in our short. With this tool, our artists were able to quickly place the red blood cells and manipulate them in space without needing to reanimate them on a shot-by-shot basis. When working in 2D, innovations like this are especially freeing, and it allowed our artists to focus their time and talent on the performances, which they executed beautifully.”

Dave Rocco, EVP, creative, Universal Music Group, said, “Of the many responsibilities we have to our artists, safeguarding their legacies is perhaps the most important one. As far-reaching and as radical a legacy as Freddie Mercury’s, it is our duty to ensure he continues to provoke, educate and inspire. In speaking with (Queen manager and Mercury Phoenix Trust co-founder) Jim Beach about ‘Love Me Like There’s No Tomorrow,’ we knew this piece had to be made in Freddie’s image: honest, brave and, most of all, beautiful.  We wanted to tell a story not of two men, but rather of a connection and the ineffable power love has in conquering incomprehension and fear. It is a reflection of the thread that runs throughout Freddie’s oeuvre. It is what made him ‘never boring,’ and part of why his magic lives on. Beth and Esteban share these extraordinary traits, but most importantly they love, respect and understand Freddie.”