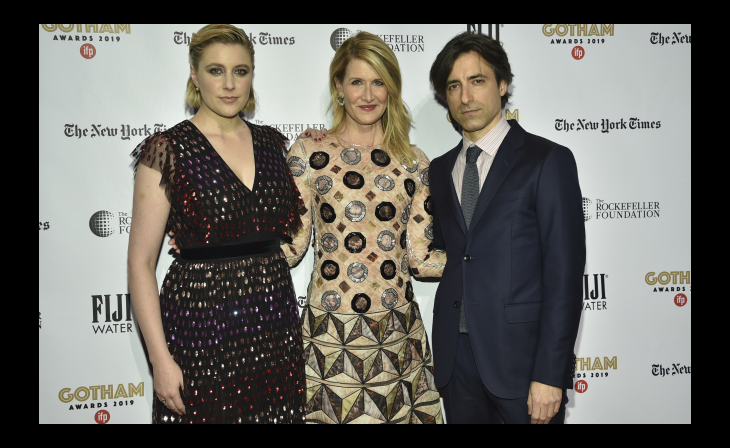 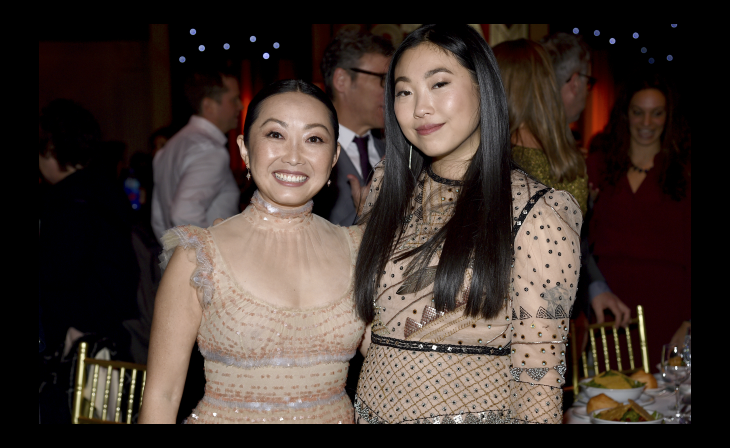 Director Lulu Wang, left, and Awkwafina attend the Independent Filmmaker Project’s 29th annual IFP Gotham Awards at Cipriani Wall Street on Monday Dec. 2, 2019, in New York. Awkwafina won the Gotham Award for best actress on the strength of her performance in the Wang-directed “The Farewell.” (Photo by Evan Agostini/Invision/AP)
Prev Next 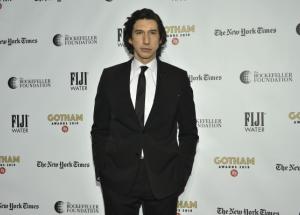 By the end of the night on Monday, Baumbach, having long ago exhausted his one prepared speech, stood at the podium exhorting cast members Adam Driver and Laura Dern to lend him help. Having already given their own speeches — Driver for best actor, Dern as a tribute honoree — they demurred, content to watch Baumbach squirm again while he improvised a few remarks.

Baumbach turned, ultimately, to his actors — “My special effect, my everything is the cast,” he said — and to Netflix for what he called its “unconditional” support of his film, a portrait of divorce starring Driver and Scarlett Johansson. Earlier, Baumbach thanked Netflix, too, for saving the Manhattan single-screen Paris Theatre, which the streaming company purchased last week.

Praise for Netflix and its chief content creative officer Ted Sarandos, who was also in attendance, was a common refrain throughout the evening. The streaming service, which filled up numerous tables at the banquet at Cipriani’s Wall Street in downtown Manhattan, also celebrated wins for Ava DuVernay’s Central Park Five series “When They See Us,” (DuVernay was additionally singled out for tribute) and the documentary “American Factory.”

But a recent stretch of Gotham winners went on to land best picture at the Academy Awards, including Barry Jenkins’ “Moonlight,” Tom McCarthy’s “Spotlight” and Alejandro Inarritu’s “Birdman.”

And “Marriage Story,” which begins streaming Friday after playing for several weeks in theaters, seems sure to continue a long march through awards season. Acclaim has been heaped on its leads and its ensemble, and it’s been celebrated as a crowning achievement for the 50-year-old Baumbach. Besides best feature and actor distinction, "Marriage Story" won for best screenplay (Baumbach) as well as earning the Audience Award.

While not a surprise to others, the most shocked winner of the evening was easily Awkwafina, who took best actress for her performance in Lulu Wang’s family drama “The Farewell.”

“Oh my god. I never won anything. I can’t even win an argument in the Instagram comments,” said Awkwafina.

DuVernay shared her tips for directing, among them: treat actors and crew the same, don’t be afraid to say “I don’t know” and change your socks at lunchtime.

Both Baumbach and Greta Gerwig presented Dern with her award, donning what they called “Laura Dern sweaters” for the occasion. The two filmmakers, aside from living together as a couple with a son, share Dern in their latest movies. In “Marriage Story,” Dern plays a ruthless divorce attorney. In Gerwig’s “Little Women” (an upcoming Sony Pictures release ineligible for the Gothams), she plays Louisa May Alcott’s benevolent matriarch Marmee.

Gerwig and Baumbach swapped their speeches, which resulted in Baumbach declaring that he loved Dern “even more than Leonardo DiCaprio, who I sincerely believed I would someday marry.”

The Gothams reliably serve as pep rallies for independent cinema and those that toil in the ever-threatened lower-budgeted realm of moviemaking. Presenter Natasha Lyonne, whose Netflix series “Russian Doll” was nominated for best breakthrough series in episodes less than 40 minutes, evoked that sense of indie pride with more than a touch of sarcasm.

“If there’s one thing everyone in the room can agree on,” Lyonne said while presenting, “it’s that we can never have enough Batman movies.”

Here’s a category-by-category rundown of this year’s Gotham Award winners:

Best Actress
Awkwafina in The Farewell (A24) 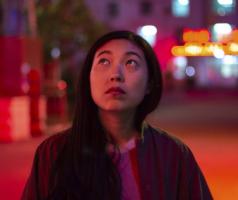 The Independent Filmmaker Project (IFP) has unveiled the nominees for its 29th annual IFP Gotham Awards. Nominated in the marquee Best Feature category are The Farewell, Hustlers, Marriage... 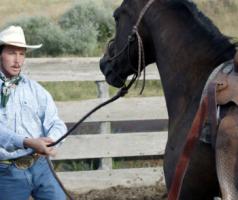 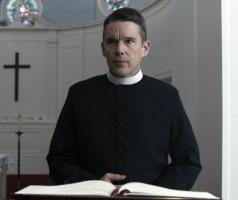 Paul Schrader’s religious thriller First Reformed  is the leading nominee for the 28th annual Gotham Awards, with nods for best feature, screenplay (by Schrader) and best actor for star... 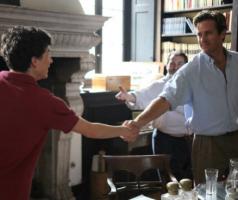 The 27th annual Gotham Awards appeared headed for a sweep for Jordan Peele's social thriller "Get Out," but the sensual coming-of-age tale "Call Me by Your Name" swooped in to take best feature... 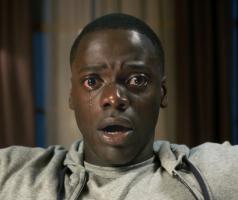