The American Society of Cinematographers (ASC) has been named recipient of the TV Academy's Philo T. Farnsworth Corporate Achievement Award which honors an agency, company or institution that's made substantial contributions impacting TV technology and engineering.

The Television Academy has announced the recipients of the 71st Engineering Emmy® Awards honoring an individual, company or organization for developments in broadcast technology. Kirsten Vangsness, star of the critically acclaimed CBS drama “Criminal Minds,” returns to host the awards for the fourth consecutive year on Wednesday, Oct. 23, at the JW Marriott Hotel, Los Angeles, at L.A. LIVE.

Here’s a rundown of awards to be presented:

The Charles F. Jenkins Lifetime Achievement Award
Honors a living individual whose ongoing contributions have significantly affected the state of television technology and engineering.
Recipient: Hugo Gaggioni
In his storied 31-year tenure at Sony Electronics, Hugo Gaggioni has achieved many scientific and technical accomplishments and is widely known for his unique ability to present and explain complex technical concepts to professionals and civilians alike. He now serves as chief technology officer of the broadcast and production systems division, pursuing his research interests in digital video image processing, information theory, audio/video bandwidth compression, HDTV devices and systems, digital filter banks, and multidimensional signal processing. An SMPTE fellow and recipient of both the David Sarnoff and the Leitch Medals, Mr. Gaggioni holds multiple university degrees, six patents and has authored 32 technical publications.

The Philo T. Farnsworth Corporate Achievement Award
Honors an agency, company or institution whose contributions over time have substantially impacted television technology and engineering.
Recipient: The American Society of Cinematographers (ASC)
The ASC was founded by a pioneering group of 15 cinematographers who helped bring motion imaging to prominence in popular culture. The ASC’s motto of “loyalty progress and artistry” reflects its purpose as an honorary collective established for the exchange of ideas, the discussion of techniques and the promotion of the moving image as an art form. Over its first 100 years, the society has provided the industry with informed counsel on technological standards and advances. With a total of 924 members since its inception and 400 current active members, the society honors top theatrical and television cinematographers at its annual ASC Awards ceremony. Through its ASC Master Class program, the Student Heritage Awards, vision committee, and the education and outreach committee, the organization embraces numerous educational and diversity initiatives.

Recipient: Boris FX Sapphire
Sapphire’s inception came from the synergistic coupling of two MIT graduates, Karl Sims and Gary Oberbrunner, who developed a suite of visual effects plug-ins that rapidly gained popularity in an array of media including documentaries, news, reality, and scripted television and features. Sapphire features a highly intuitive user interface allowing graphic artists, compositors, VFX editors and picture editors to easily access looks as diverse as the grunged-up main titles in A Series of Unfortunate Events to the glitzy laser flash in Dancing with the Stars. As a result of its reliability, seamless integration on the most popular production platforms and ease of use, Sapphire is now used extensively in the television marketplace.

Recipient: iZotope RX 7
With its universal utilization on professional mixing stages both here and abroad, iZotope’s RX 7 is the gold standard for audio repair. Its revolutionary innovations in machine learning and advancements in noise reduction were previously thought impossible. To meet the difficult challenges requested by its users, iZotope added 22 additional noise-reduction modules and introduced machine learning capable of distinguishing between usable signals and noise in a user-friendly, highly intuitive interface that makes for an extremely efficient tool in situations where time is a critical component of the post-production process.

Recipient: FabFilter Pro-Q3
On a professional mixing stage, the FabFilter Pro-Q3 processes the broad range of frequencies lumped together in the home stereo tuner’s treble and bass controls into 24 frequency bands of dynamic EQ to create an audio problem-solving tool with surgical precision and sonic clarity. Additionally, the Pro-Q3 provides brick wall filters, per-band mid-side processing and support for immersive formats to handle any equalization task with ease and speed. The Pro-Q3 has become the preferred equalizer for mixing professionals around the world.

Recipient: Silhouette
Silhouette streamlines the laborious tasks of rotoscoping, keying and matting with their innovative portfolio of rotoscoping tools including texture-free tracking, inverse kinematics, granular manual editing tools, on-the-fly viewer stabilization and semi-automatic matte extraction. Silhouette artists seamlessly rotoscope blowing leaves, waving blades of grass, individual strands of hair and even falling snow. The core of Silhouette’s hybrid paint system lies in algorithms and data structures enabling the automatic recording of every raster paint stroke and brush setting to a journal of events that can be repeated on one or many frames with or without tracking data.

Recipient: JPEG
Joint Photographic Experts Group (JPEG) has been universally adopted to preserve high-quality imagery in television production and its tangential yet essential workflows. The nascent JPEG standard was introduced in 1992 by an international collegium of industry-leading engineers initiated and overseen by the multimedia study group of the International Telecommunication Union, the coding of still pictures working group of the International Organization for Standardization and the International Electrotechnical Commission. With a level of foresight and dedication to the key principles of royalty-free open standards, practical implementation in both hardware and software, and the ability to add in options as required, the JPEG team did groundbreaking and game-changing work of lasting value to the television industry. 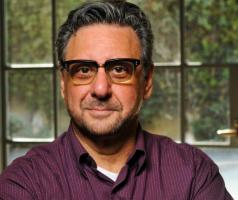 Frank Scherma, president of RadicalMedia, has been elected chairman and CEO of the Television Academy. He will begin a two-year term on January 1, 2019, succeeding Hayma Washington who has served... 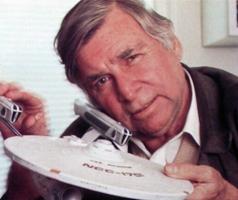 The Television Academy announced Star Trek as the 2018 Governors Award recipient, recognizing the visionary science-fiction television franchise and its legacy of boldly propelling... 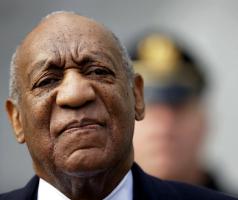 The TV academy said it is reviewing Bill Cosby's inclusion in the academy's Hall of Fame following his sexual assault conviction. 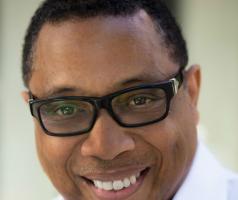 The Television Academy announced additional 2018 changes in membership requirements as approved by its Board of Governors. On-air promo producers and directors are now eligible to join the...