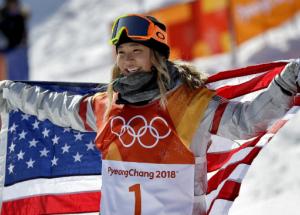 In this Feb. 13, 2018, file photo, Chloe Kim, of the United States, celebrates winning gold after the women's halfpipe finals at Phoenix Snow Park at the 2018 Winter Olympics in Pyeongchang, South Korea. Before Kim won gold in the snowboarding halfpipe event, her infectious personality and heartwarming origin story had already won her sponsorships from Toyota, Samsung, Visa and others. (AP Photo/Gregory Bull, File)

A gold medal used to be the golden ticket for lucrative endorsements — think Mary Lou Retton on a Wheaties box. But in the age of social media, athletes are making a name for themselves well ahead of time.

Even more so than in Rio in 2016 and Sochi in 2014, Pyeongchang athletes are Olympian at building brands.

Before breakout star Chloe Kim won gold in the snowboarding halfpipe event, her infectious personality and heartwarming origin story had already won her sponsorships from Toyota , Samsung , Visa and others.

Of course, winning a gold medal amplifies an athlete's reach.

When Kim started the Olympics, she had 15,000 Twitter followers. She now has more than 285,000. She charmed thousands with tweets about eating ice cream and churros and being "hangry" because she didn't finish breakfast before her race.

Christopher R. Chase, a specialist in high-profile sports marketing at the Frankfurt Kurnit Klein & Selz law firm, estimates the 17-year-old Kim could be worth "in the high hundreds of thousands" or even the low millions of dollars, propelled in part by her achievements off the slope.

Medals still matter. Skater Nathan Chen likely hurt his chances for new sponsorships after a pair of disappointing performances, which made him unlikely to medal at an individual event. But Chen can still capitalize in the long run.

"He is young and should have more Olympic competitions in the future," Chase said. "America loves a comeback story."

For athletes these days, medals are icing on the cake, no longer the sole reason for endorsements. And medal winners without a good personality might have trouble finding sponsors.

"The more medals, the more coverage, the more salient these people are" for endorsement consideration, said Will Davie, a group strategy director at Droga5, an ad agency that has worked with athletes such as Michael Phelps. "But how smart, how engaging they are in social media and the image they cultivate is starting to become more and more important."

On Twitter, Instagram and Facebook, athletes are in charge of their own narratives. They are building their own internet personality and brands — the way the Kardashians have outside sports, said Jim Andrews, senior vice president of ESP Properties, a sports and entertainment marketing agency.

For example, skier Mikaela Shiffrin has parlayed her Olympic success, beginning with her first gold medal in Sochi when she was 18, to a net worth reportedly in the millions. Though she missed the medal stand Friday, she won gold in the giant slalom a day earlier. Her Twitter feed, with more than 120,000 followers, is littered with references to her endorsers, including Barilla, Bose and Oakley .

Before his team won bronze for team ice skating, skater Adam Rippon stayed in the headlines with his social media presence. Olympians from veteran skier Lindsey Vonn to newcomer snowboarder Red Gerard are all careful curators of their online personas.

But as much as athletes can use social media to win people over, there's a flip side when bad behavior is uncovered. Speedo and other sponsors dropped swimmer Ryan Lochte after he tried to cover up a drunken incident in Rio in 2016. And in 2009, when images of Phelps circulated online showing him apparently smoking marijuana, he was suspended from swimming and Kellogg's temporarily dropped him.

Still, the current environment has given athletes a much bigger platform to express themselves. While social media was around during prior Olympics, they have a much bigger presence this time around, with everything from Instagram "Stories" to auto-play videos on Twitter parlaying brand messages. The speed in which athletes break out to become stars happens more quickly now.

And athletes no longer are limited to a short window after the Olympics to promote sponsorships. They can now do it year-round online and at events for more popular sports like figure skating or snowboarding.

Peter Carlisle, who oversees the Olympics and Action Sports division at the marketing firm Octagon, said it's too early to tell exactly how performance on and off the Olympic stage will translate to endorsement dollars, but social media is a big factor.

"Any athlete or celebrity that has an influential social media footprint certainly can commercialize that," he said. "It's now an essential part of just about every endorsement deal, sponsorship or arrangement any of these athletes have." 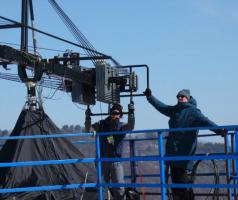 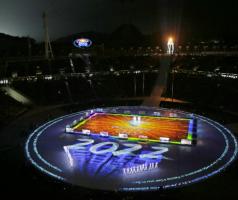 NBC finished the Pyeongchang Olympics by averaging just under 20 million viewers with its primetime coverage on the network, NBCSN cable and live streaming, which was a 7 percent decline from the... 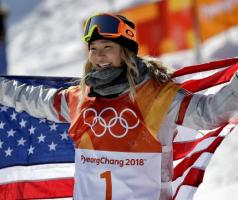 The aerial wizardry of snowboarders Shaun White and Chloe Kim lifted the Winter Olympics and NBC to a weekly ratings victory. 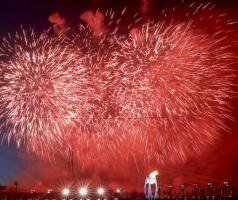 Olympic thrills and the aftermath of a patriarch’s death on “This Is Us” combined to give NBC a golden ratings victory.

NBC’s total viewership last week topped that of the other three major...