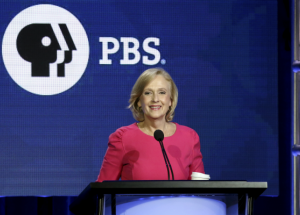 In this Saturday, Feb. 2, 2019, file photo, PBS President and CEO Paula Kerger speaks during the PBS Executive Session at the Television Critics Association Winter Press Tour at The Langham Huntington in Pasadena, Calif. Kerger will head the public TV service for another five years. (Photo by Willy Sanjuan/Invision/AP, File)

Kerger, who joined the Public Broadcasting Service as president and CEO in 2006, told a TV critics meeting Monday that she committed to stay in the job for five more years because of her belief in "the purpose and the power of public television."

"I want to make sure that when I do finally hang up those skates, that I've done everything that I can to make public television on as sound a foundation as possible," she said.

That includes safeguarding the federal funding that makes up 15 percent of the public broadcasting budget, which Kerger called critical for stations in rural and underserved areas. Other sources of support include corporations and viewers, with PBS stepping up its quest for more philanthropic donations, Kerger said.

The Trump administration has called for federal support to be eliminated, echoing the positions of former presidents including Richard Nixon and George W. Bush, who called for funding to be reduced or ended. At stake is about $450 million, of which 95 percent is mandated by law to go to public TV and radio stations in the form of grants.

"It's disappointing when the administration recommends zero funding," Kerger said, especially given the peril it represents to smaller stations. Public TV stations in cities including Bemidji, Minnesota; Cookeville, Tennessee; and Peoria, Illinois, as well as in Alaskan towns, get about half their funding in public broadcasting grants, she said.

"It's existential. Those stations will go off the air" without the money, taking away a vital community media resource, Kerger said. She and station representatives are making their case to Congress, as they have successfully against other past defunding calls.

Another area of focus for Kerger is expanding public TV's digital presence, which includes an agreement announced Monday with YouTube TV for public television's first localized streaming service. It's set to launch later this year and will give subscribers access to programming from their local stations, Kerger said, an effort to serve the growing consumer demand for streaming and the first of other deals being pursued.

The growth of cable and digital outlets has given viewers more choices, including for such PBS established programming genres as British drama and natural history. Acorn TV and BritBox deliver the former, while it seems just about everyone dabbling in the latter. Documentaries, also a PBS staple, are proliferating as well, but Kerger said PBS is up to the challenges — and even helped create them.

"I'd like to give ourselves a little credit that we have helped to create the appetite for that kind of programming," including for dramas in the mold of former PBS hit "Downton Abbey," Kerger said. If that leads to more good TV, "then as a public broadcaster with the goal of having more good experiences for the public, then we should claim victory," she added.

Among its upcoming offerings: "Sanditon," a "Masterpiece" showcase drama series based on an unfinished Jane Austen work.

PBS is also inspired to look for fare other outlets are ignoring, she said, and reinforces the service's determination to be "in it for the long haul," she said, singling out what she called a highly competitive area: "We will continue to be in the natural history space when some who are in it now may decide that there's another genre" for them to pursue. 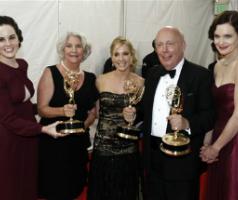 Just like its fans around the world, "Downton Abbey" creator Julian Fellowes doesn't seem to be able to let this series go so easily. 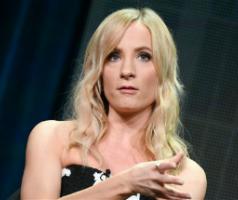 With "Downton Abbey" coming to an end, its executive producer is offering hope that a follow-up movie is at least a possibility. 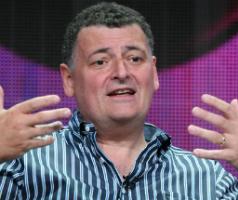 "Sherlock" fans have grown familiar with the waiting game between TV seasons, but they may be encouraged that show-runner Steven Moffat says he could see it "going... 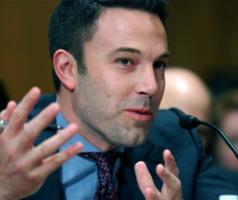 Saturday, Aug. 1, 2015
PBS To Bring "Finding Your Roots" Back For Season 3 After Affleck Controversy

"Finding Your Roots" will return for season three, but whether the celebrity genealogy series that buried an uncomfortable fact about Ben Affleck's ancestor... 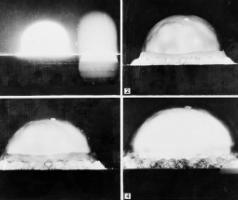 The creation of the atomic bomb in a New Mexico secret city and newly restored and declassified footage will be featured in a new PBS special released as the 70th...