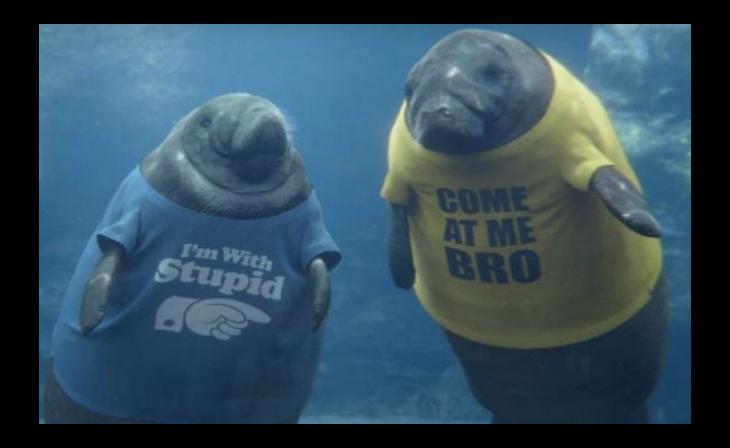 "Manatee Shirts" was one of three GEICO commercials among SHOOT's Top Ten most viewed videos of 2018. 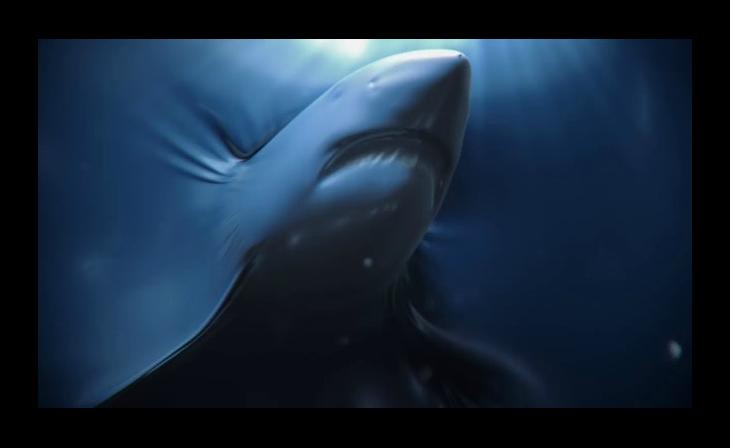 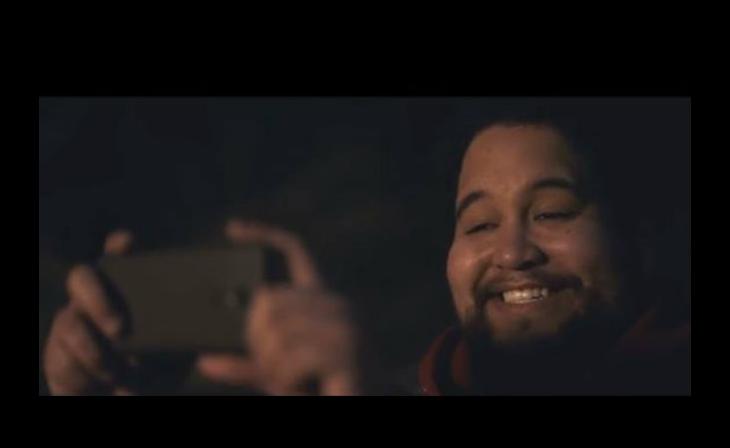 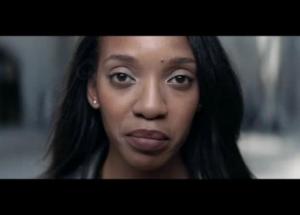 A scene from a Veterans for Gun Reform PSA, the video which generated the most SHOOT views in 2018.
A rundown of the top 35 videos of the year from our ScreenWork gallery

Stirring public service fare, comedy and GEICO were prevalent in the 10 most viewed SHOOT videos of 2018. Also included in the mix were a music video benefiting Jamaican bobsledders, a feel-good commercial for the Columbus Zoo and Aquarium, and a Nike spot in the continuing “Just Do It” campaign.

A gun reform PSA generated the most views this year. It came from a unique vantage point--that of military veterans. Writer/director and veteran Kyle Hausmann-Stokes teamed with producer Ellen Utrecht and Cut+Run editor Ben McCambridge to craft a persuasive and moving spot for Veterans for Gun Reform. The PSA stars military veterans of all genders, ages, ethnicities and military backgrounds. Their message is clear: “We carried the M4/M16, we know its power first hand, and there is no reason it should be for sale in this country.”

The second most viewed SHOOT video of 2018 was the first of three GEICO comedy commercials from The Martin Agency in our Top Ten. In “Manatee Shirts,” a family discovers that manatees at the aquarium happen to share a peculiar fashion sense--they’re all wearing novelty t-shirts. While that may be surprising, saving money with GEICO insurance is hardly a surprise. Steve Miller of RadicalMedia directed “Manatee Shirts”--the latest iteration of GEICO’s “It’s Not Surprising” campaign. The manatees in this spot were all CGI created by The Mill NY.

Taking third place in our rundown was a GEICO commercial that tapped into the martial arts. We see a man on a front lawn of a house, chopping wood with his hands and feet. His wife is nearby, positioning each piece of wood on a block for her spouse. A passerby wonders what’s going on. They explain that karate relieves the stress of home buying. The passerby offers some solace in that at least they don’t have to worry about home insurance thanks to GEICO. “Karate” was directed by Harold Einstein of production house Dummy.

Finishing fourth was GEICO’s “Turnpike,” also directed by RadicalMedia’s Miller. This ad finds the Father of our Country, George Washington, and his Continental Army suffering from a mix-up in directions. Instead of their famed crossing of the Delaware, they instead are in a boat crossing the Delaware Turnpike, backing up traffic much to the chagrin of commuters. This change in history is “surprising.” However, not surprising is GEICO being able to offer savings on auto insurance.

Occupying the fifth slot is another PSA, this one for international non-profit marine conservation organization Sea Shepherd from agency FF New York. The “Plastic Ocean” campaign includes this video directed by Geoff Bailey of Alkemy X which is dreamlike and colorful at first glance but highlights the plight of sea animals trapped in plastic waste. Various animals, including a dolphin and a shark, try to break through the surface of a plastic sea but to no avail. All we see are their shapes encased in plastic, unable to emerge from the ocean. Entitled “Stop The Plastic Ocean,” the fully CG-animated piece is a heart-wrenching depiction of how plastic debris traumatically affects our marine wildlife, revealing that every year more than 1 million animals die from these man-made pollutants.

A Sandy Hook PSA directed by Henry-Alex Rubin of Smuggler for BBDO NY took sixth place in the 2018 video views derby. The piece--which promotes Sandy Hook’s Say Something Anonymous Reporting System initiative--introduces us to a student who talks about the warning sides of violence being ignored. It turns out he is one of those ignored as the camera reveals he’s surrounded by a cache of weapons.

Earning seventh place was Nike’s “Voice of Belief” from Wieden+Kennedy in Portland, Ore. The “Just Do It” film features Serena Williams, telling her story from modest beginnings in Compton, Calif., to athletic supremacy as we see her at Center Court at the U.S. Open.

Taking the eighth slot in our rundown was a feel-good spot for the Columbus Zoo and Aquarium from Ron Foth Advertising in Columbus, Ohio. The commercial shows us how animals can bring people closer together. In this case, the people coming together are two friends who happen to have Down syndrome and their real-life moms sharing an amazing day at the zoo. Creative director Ron Foth, Jr., also directed the ad.

Finishing ninth in the views tally was American Family Insurance’s “Road Trip” directed by Jamie Rafn of Smuggler for BBDO New York. “Road Trip” centers on a young man who hardly looks the part of a pioneering adventurer--yet he perseveres, grappling with confusing directions and navigating rugged terrain to reach a summit vantage point that yields a breathtaking view. We then learn what drives him on his journey as he phones his baby sister, a young woman on bed-rest coping with an illness, to show her the world’s most perfect sunrise. She smiles, telling her big bro that what’s next on the bucket list itinerary is “throwing a snowball at the North Pole.” He responds, “You got it.”

Rounding out our Top Ten of most watched videos this past year was the Jamaica Bobsled Foundation’s “Run The Track,” a music video featuring Jamaican dance hall crew Ravers Clavers who choreographed and performed a new dance called the Bobsled Slide. Christopher Lynch of MISTER LYNCH directed the music video which was driven by a Jamaican Bobsled Foundation officially sanctioned song designed to raise funds and awareness to benefit the ultimate underdogs--the athletes who compete in the sport of bobsledding and skeleton in the Winter Olympics for the country of Jamaica. Teaming with the Foundation to create the track and companion video was music supervision company Groove Guild.

8. The Best Work You May Never See: Columbus Zoo Brings Friends Closer Together In Spot From Ron Foth Advertising

10. Groove Guild Gets In Rhythm For Jamaica Bobsled Foundation

12. BBDO NY, Director Tom Kuntz “Do What Moves You” For Bacardi

30. Top Spot of the Week: Megaforce Directs “Nothing Beats a Londoner” for Nike, W+K London