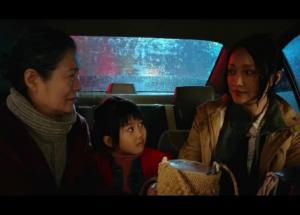 A scene from Apple's "Daughter," directed by Theodore Melfi. The short is the first major project to spring from the collaborative relationship formed by production houses RadicalMedia and brother.

Production houses RadicalMedia and brother have entered into a collaborative relationship, which has already yielded notable work including a short film in Apple’s “Shot on iPhone” series directed by Theodore Melfi, a two-time Academy Award nominee for Hidden Figures (Best Picture, Best Adapted Screenplay), and shot by Lawrence Sher, ASC, who’s nominated this year for a Best Cinematography Oscar on the strength of his work on Joker.

Melfi and executive producer Rich Carter are the founders of brother. Carter and RadicalMedia president Frank Scherma have been long-time friends and colleagues, a relationship which helped lay the groundwork for their companies coming together. Carter said that the arrangement enables he and Melfi to continue operating brother independently as a boutique company that can now tap into Radical’s global operation and deep resources. This best-of-both-worlds scenario played out in the aforementioned Apple iPhone short titled Daughter. Carter shared that having access to Radical’s Shanghai office made the job possible for brother to more easily take on the job and deliver top-drawer content.

For Daughter, which stars one of China’s leading actresses, Zhou Xun, Lawrence lensed sweeping panoramas, engaging closeups and single take ultra wide flashbacks, demonstrating the image-capturing prowess of the iPhone 11 Pro. Created by TBWA\Media Arts Lab Shanghai, Daughter is an emotional story of a taxi driver’s (Xun) complicated relationship with the two most important women in her life, her young daughter and her estranged mother. The film examines the changing social norms in China and reflects on the generational differences between traditional families and modern youth. The intergenerational film is a touching drama of family reconnecting for the Chinese New Year.

Carter noted that at press time brother and RadicalMedia had successfully teamed on four other projects. “What’s great about the relationship,” said Carter, “is that brother, while maintaining its autonomy and culture, is now supported by this amazing international production umbrella and working hand in hand with the best people in the business.” He added that brother and Radical can also serve as valuable sounding boards to one another as they problem solve and look to craft socially meaningful long and short-form content.

Scherma assessed, “Coming together and working with the enormous talent of director Ted Melfi and the extraordinary executive producer Rich Carter, along with Giovanni Messner and the rest of the roster was a no brainer.”

Scherma and Carter also know each other from their work together at the Academy of Television Arts and Sciences. Scherma is TV Academy chairman and CEO while Carter has served as a governor of the Academy’s Commercials Branch.

RadicalMedia’s collaboration with brother isn’t its first with another commercial production company. As reported in SHOOT last September, Radical formed an official collaboration with Spark & Riot, a female-powered production and management company. Led by Ana de Diego, Spark & Riot represents an international roster of directors and connects them with American advertising agencies to develop and produce content globally while supporting socially conscious initiatives.