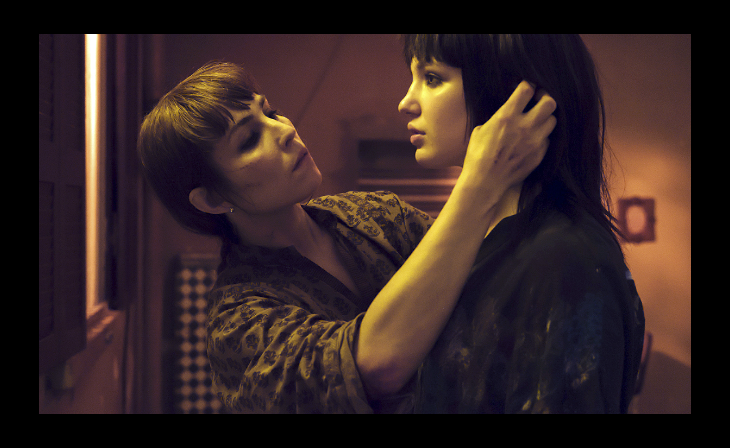 This image released by Netflix shows Noomi Rapace, left, and Sophie Nélisse in a scene from "Close." Rapace portrays a counter-terrorism expert and bodyguard who gets enlisted to protect a spoiled heiress from some dangerous people out for her fortune. (Netflix via AP) 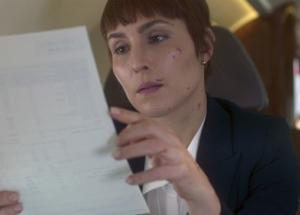 This image released by Netflix shows Noomi Rapace in a scene from "Close." Rapace portrays a counter-terrorism expert and bodyguard who gets enlisted to protect a spoiled heiress from some dangerous people out for her fortune. (Netflix via AP)

Director Vicky Jewson was looking for women with dangerous jobs to get inspiration for her next project when she came across the name Jacquie Davis. Davis is a bodyguard, a rare profession for a woman, and has in the past 30 years protected everyone from royals to celebrities like Nicole Kidman and J.K. Rowling, and also staged undercover rescue missions and surveillance operations. There was little question that her experiences would be the perfect template for "Close ," now streaming on Netflix.

"I really love to bring strong female protagonists to genre movies," said Jewson. "(Jacquie) kind of blew my mind...It's not really been seen before. And as a filmmaker I'm always looking to bring something fresh and new to the screen."

In the film, the Davis stand-in is Sam, a counter-terrorism expert and bodyguard who gets enlisted to protect a spoiled heiress from some dangerous people out for her fortune.

Noomi Rapace, no stranger to action roles, or to having security around her, would eventually join on to play Sam.

But the Swedish actress hadn't put much thought into the profession until taking on the role. Rapace got to spend a fair amount of time with Davis, both in training and picking her brain about what goes on in her mind when a situation goes south.

"I asked her if she felt scared and she said, 'in the moment, never. That comes afterward. I put my fear to the side, it's a decision that I make.' She has a very strong mind and she says everything starts in the mind and it can tell your body how to react," Rapace said.

Still, there's a toll of such an intense life, which the film also explores.

"She sleeps with her shoes on. She can't sleep in a normal bed," Rapace added. "You can see that this life has affected her in many ways. She doesn't have a very bright view of the world. She's seen a lot of bad things and she's seen a lot of people do bad things to others. She has seen a lot and you can feel it in her soul."

Rapace believes, however, that every woman should meet "a Jacquie" and "tap into that primal instinct of protecting yourself."

"Close" was independently made. Although it's a solid action pic with all the intensity of a Jason Statham vehicle, Jewson experienced some pushback in the early stages of development.

"We were told that female-driven content doesn't sell at the cinema, or it's not commercial, and that no one will want to watch it," Jewson said. "We had to get past that."

She found an ally in the WestEnd Films brand We Love, which produces films aimed at female audiences, with credits like "Albert Nobbs" and "The Breadwinner," and helped secure financing for the shoot.

Netflix acquired the film during post-production and both Jewson and Rapace are excited by the prospect that the film is going to be available and seen by so many people immediately. Rapace had a good experience with the streaming service with the film "What Happened to Monday," but the power of Netflix really crystalized when she saw the phenomenon of "Bird Box." She was just with her friend Susanna Bier, who directed "Bird Box," which Netflix said Wednesday has been streamed by 80 million accounts .

"Her movie hit so big and so hard. It's kind of a new phase and a new chapter in the film industry where people all over the world are watching something simultaneously," Rapace said. "It feels like magic. I've been sitting in on meetings at Netflix and it's amazing how much they know about the audience... So many of their subscribers are women, and the women are picking the movies at home. I think it's very smart. They're reading the need. They want to give the audience what they want."

Jewson added that it's great for filmmakers too.

"We have a direct reach to the audience which we've never had before. It cuts out a whole process and your film really gets that chance to be audience driven," Jewson said.

Plus, she said, Netflix films don't die because of a lackluster opening weekend — they look at the first 10 days instead and while Jewson knows she might not get exact numbers, she's been told that she will get an accurate read of how it's doing.

Both women have found that they so enjoyed working together, even in the most trying situations — like filming an intense ambush sequence in Sudan in 104 degree weather in one day instead of four because some wigs got held up in customs — that they're already at work on another project about a Mossad spy in the 70s.

And yes, its star is also a woman.