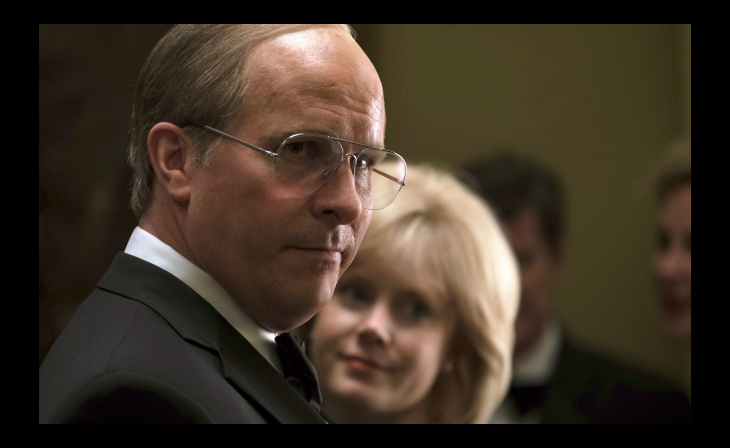 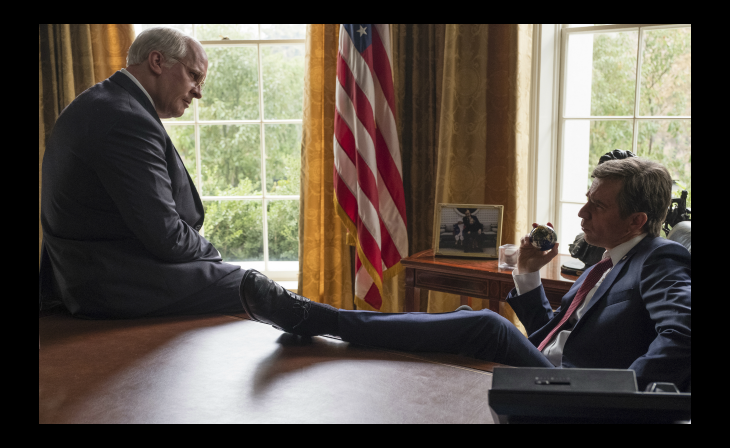 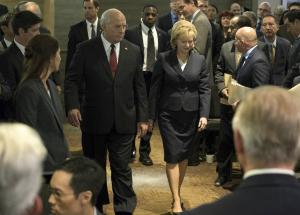 But make no mistake: the filmmaker wants us to be thinking about Trump. What he's telling us — implicitly, then more obviously — is that if you're upset today about what you might see as, say, a brazen executive-branch power grab,  well, that already happened — and pretty recently. It's just that we didn't really notice because, McKay argues, Dick Cheney did it so darned quietly.

Let's pause a moment to note the obvious: "Vice," which features a terrifically committed performance by Christian Bale, is not a neutral biopic in any sense. It's more of a political lecture on steroids, using every clever filmmaking device up the talented McKay's sleeve, much like "The Big Short," his journey through the 2008 financial collapse.

These devices include broken fourth walls, surreal vignettes, fun celebrity cameos, a mysterious narrator, and — best of all — Dick and Lynne Cheney in the bedroom, plotting his next political move, suddenly launching into iambic pentameter for several minutes. Macbeth much?

The parallels with the Scottish play are obvious: McKay presents Lynne (Amy Adams, memorable as always) as the ideological force behind the man, her husband's private coach in every step he takes on the way to becoming a virtual co-president and perhaps the most powerful man on the planet.

But while Macbeth becomes wracked with guilt and paranoia, "Vice" chronicles a man with no guilt or doubt whatsoever, and that matter-of-fact certainty of purpose was indeed one of the reasons he was able to climb so fast, McKay argues: He simply saw opportunities and took them.

The weakness here, though, is that we never get a sense of what truly drives Cheney the man. The shiny bells and whistles that McKay employs — because, well, he's good at it — detract from our ability to get to know his subject. Is McKay's Cheney merely an opportunist, or is he fueled by a deeper purpose, and how? It's not totally clear.

Although Cheney fans will likely not find much to appreciate here, that doesn't mean you need be a committed liberal to enjoy "Vice." You can simply be an admirer of committed acting, the sort that Bale specializes in.

Yes, the actor famously gained a lot of weight, and mastered that way Cheney speaks from the side of his mouth. (There's also amazing makeup work here.) Alone, these would be gimmicks, but Bale also disappears so deeply into his balding, portly, pasty character that for long minutes you forget it's him.

As for Adams, her Lynne is bright, witty and gritty, a woman one imagines might have become a top politician herself had she been born a few decades later. Sam Rockwell has less screen time, but delivers a hilarious impression of George W. Bush, all folksy and jokesy. "Wanna jump on board?" he asks Cheney about the VP job. "Let's go, c'mon now!" Is it fair to portray Bush as such a man-child, motivated by pleasing his father, and so uninvolved in decisions? Perhaps not, but Rockwell is sure entertaining.

We first meet Cheney in 1963, staggering blind drunk from a car during a traffic stop. Fast forward to 9/11, and he's the guy taking charge of the nation's response, with Bush nowhere in sight. How did we get from A to B, McKay is asking?

Well, partly because of Lynne. Early on she confronts Dick, who's bombed out of Yale. "Can you change, or am I wasting my goddamned time?" she asks.

Dick does change. At a congressional internship program in 1968, he takes a shine to future ally Donald Rumsfeld (a wisecracking Steve Carell.) Cheney is so green he doesn't even know what party to join; he simply asks what party Rumsfeld's in.

Yet he rises up the ranks, through the Nixon and Ford administrations, eventually becoming chief of staff. He serves six terms in Congress, becomes secretary of defense under Bush senior, then enters the corporate world as CEO of Halliburton.

And then we're done, right? In McKay's cleverest moment — we won't spoil the surprise — he shows us that this is how it could have ended, comfortably for all. But then the phone rings. It's Bush junior.

"Vice" is frenetic and fun, flippant and frustrating (to stick with one letter of the alphabet). Is it, um, factual? Well, McKay has based his research on some important books by journalists like Ron Suskind, Barton Gellman and Jane Mayer. But he also surely injects plenty of his own analysis, and unless you're an expert, you may not know where the hypothesizing begins.

The best advice? Come for the politics, but stay for the performances. They'll make it worth your while.

"Vice," an Annapurna Pictures release, is rated R by the Motion Picture Association of America "for language and some violent images." Running time: 132 minutes. Two and a half stars out of four. 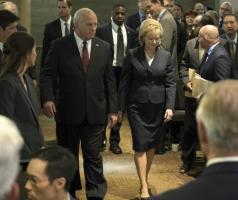 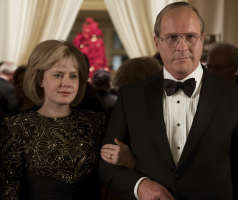 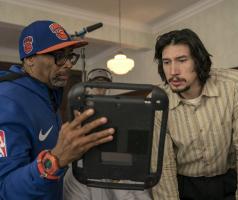 Three of this year’s five DGA Award nominees are also up for the Best Director Oscar: Alfonso Cuaron for Roma (Netflix), Spike Lee for BlacKkKlansman (Focus Features) and Adam... 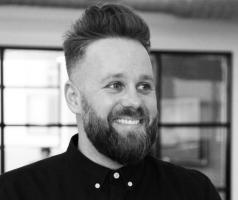 Farrelly joined the agency in 2016 as group creative director, where he... 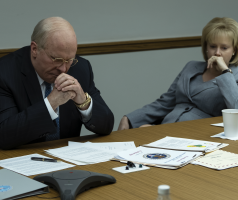 Christian Bale had a choice to make. He'd been hemming and hawing about Adam McKay's very unconventional proposition that he play Dick Cheney in a biopic about the former vice president of the...