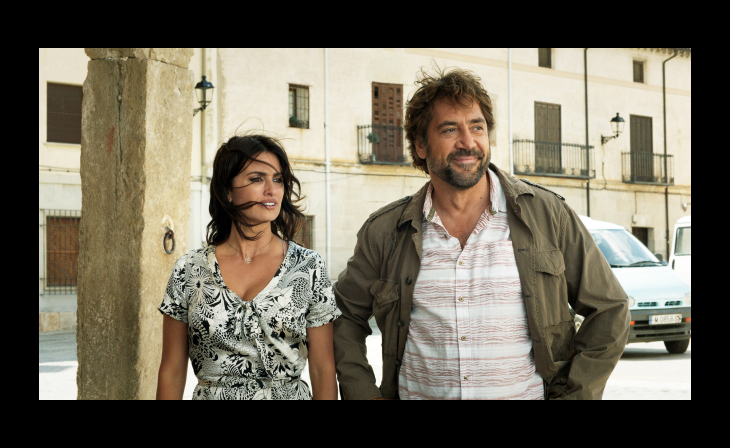 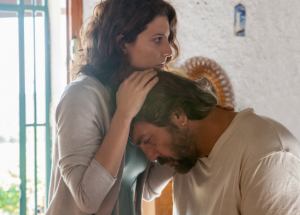 There are few more seductive things to watch onscreen than a big, wine-soaked, multi-generational family wedding like the one that happens early in "Everybody Knows," Asghar Farhadi's new thriller set in a picturesque Spanish village.

But as good as Farhadi is at portraying the infectious revelry binding a family together, he's even better at exploring what happens when those binds start to fray. And they do, pretty fast. The wedding cake is barely cut before anguished cries ring out and smiles morph into concern and fear.

"Everybody Knows" is not Farhadi's first movie set outside his native Iran, but it's in Spanish, a language he doesn't speak. His chief interpreters here are Spanish cinema royalty: Penelope Cruz and Javier Bardem. The combination of this high-wattage real-life couple, the sun-dappled scenery and the page-turning plot have led some to worry that Farhadi's latest effort might be a bit less incisive or penetrating than his usual fare, which includes the Oscar-winning "The Salesman" and "A Separation."

But Farhadi is as adept as ever here in painting complex relationships tested by the most trying of circumstances. And while he may leave a few dimensions less than fully mined — the village's class and economic tensions, for example — he's created a hugely engrossing study of a family undergoing a terrifying crisis.

We begin with the arrival of Laura (Cruz) in her home village for her sister's wedding, her teenage daughter and young son in tow. Laura's been living for years in Argentina with her architect husband Alejandro (Ricardo Darin), who has stayed home from the wedding for murky professional reasons,

Laura arrives to a family bustling with preparations for the big day. It doesn't take long for her to run into the jovial Paco (Bardem), a local vineyard owner who seems a de facto leader of the town. It also doesn't take long for us to learn that long ago, Laura and Paco were lovers. Their names are even etched in the wall of the church bell tower. A local boy shows this to Irene (Carla Campra), Laura's daughter: "Everybody knows," he says.

That tantalizing title will come to mind again and again, changing meaning as we go along. Sure, maybe everybody knows of Paco and Laura's romance, but what else do they know? Are there deeper, darker secrets to emerge?

In any case, the joyful wedding — sumptuously depicted with both intoxicating close-ups and overheard shots that render just a touch of menace — soon morphs into a rainy, endless night. Laura goes to check on her sleeping daughter and finds she's vanished. On a bed, someone has left newspaper clippings about the kidnapping of an 8-year-old girl years ago.

This is enough to send Laura into a panic. Then comes the text from her daughter's captors: Don't contact the police, or we'll kill her.

Gradually we learn about long-simmering tensions between Laura's father and Paco, who once worked for the wealthy family, bought land at a steep discount and now operates a thriving vineyard. In one of the best scenes, Laura's father erupts: "You owe your estate to me!" Paco's zeal in searching for Irene inevitably arouses tension with his own wife, Bea (an excellent Barbara Lennie), who's at first eager to help, but becomes frustrated at Paco's seemingly divided loyalties.

Meanwhile, time is running out. A huge ransom is demanded. Irene has asthma and is having trouble breathing, her captors warn. The family agonizes over going to the police. Even Alejandro falls under suspicion: "Do you trust your husband completely?" Paco (a captivating Bardem, always seemingly masking something) asks Laura.

Of course, more secrets will emerge, including a whopper that you may see coming but maybe not, so numerous (and occasionally frustrating) are the red herrings along the way.

And by the end of this film — perhaps not Farhadi's most piercing work but surely a polished, textured, and very engaging effort — you'll look at the final two faces on the screen as they sit down to talk, and will likely still be asking yourself: Did everybody know?

"Everybody Knows," a Focus Features release, is rated R by the Motion Picture Association of America "for some language." Running time: 132 minutes. Three stars out of four.