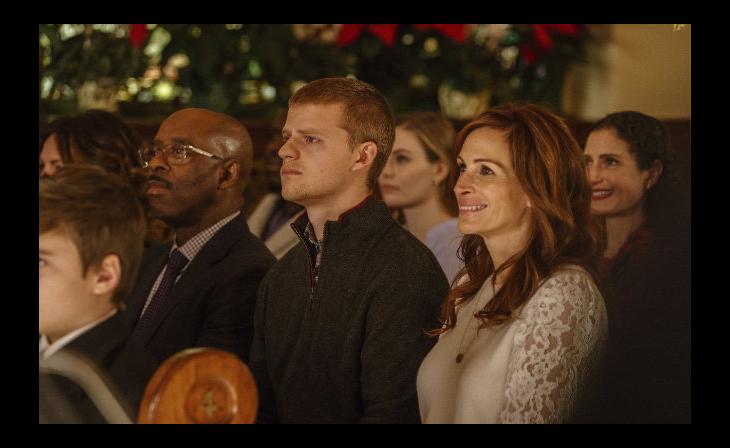 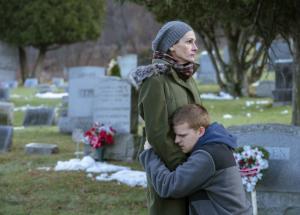 In one of Julia Roberts' many heartbreaking scenes in "Ben is Back" — and they're pretty much all heartbreaking — she lays down the law to her 19-year-old son, a recovering drug addict who's shown up unexpectedly for Christmas.

"You have one day," Holly tells Ben with all the authority she can muster. She'll be on him like a hawk, she says. She'll even sleep on his floor.  "For 24 hours, you're mine, all mine," she concludes. "Got it?"

And there's the heartbreaking part — what Holly has to know deep down, and what Ben surely does despite his obedient nods, is that he will never be hers, all hers. It doesn't work that way. She can be the toughest and fiercest and most loving mother on the planet, but she can't save her son from himself — not for long, anyway.

Need the Kleenex yet? This comes in the first few minutes of the film. Better bring a box.

"Ben is Back," written and directed by Peter Hedges and starring his son, Lucas Hedges, is one of two recent films on teen addiction starring the most talented young actors of the moment ("Beautiful Boy " starred Timothee Chalamet.) Hedges is as excellent as he was in "Manchester By the Sea," but it's fair to say the movie belongs to Roberts. It's a career peak, and a performance that deserves to be seen no matter how crowded your holiday moviegoing schedule.

Director Hedges has said he wrote the film to explore a scourge — opioid addiction — that's afflicted his very own family. If there's a key message here, it's that youth addiction can wreak havoc on any family, regardless of class, race, geography or anything else. Here it's leafy, upper-middle class Westchester County, but it could be Anywhere, USA.

We begin on a snowy Christmas Eve morning. Arriving home from church choir rehearsal, Holly and her three other children — a teen daughter and two youngsters — encounter Ben standing in the driveway, in an unplanned visit from his sober living facility.

Holly is thrilled — and scared. Watch Roberts fight dread with forced optimism as she chirps to her husband, Neal (Courtney B. Vance): "He's got the sparkle back! He's clearly doing better." All the while, she's hurriedly emptying medicine cabinets.

Neal objects but then relents; it's Christmas. At first, things go well. But a trip to the local mall sets off trouble. People from Ben's former life — he was a dealer, not simply a user — start to learn he's back. During a peaceful evening at church, someone ransacks the family home and steals their beloved dog.

Guilt-ridden, Ben leaves; Holly hunts him down. Together, she insists, they will find whoever meant him harm, and do what it takes to recover the dog.

It's terrifying to watch Holly sit in the car as Ben enters a forbidding drug den. At this point you may wonder: All this danger, for a dog? But the dog is a symbol; Ben has hurt the family and would risk anything, even his life, to repair those bonds. Or is he just saying that?

For Holly, a night with her son becomes a hellish journey through their bucolic hometown. It's suddenly a different place. "I used there," Ben says, pointing to one spot. "I robbed someone there." Sitting in a late-night diner, he confesses that his pushing caused the death of a friend.

Still, Holly finds every which way to forgive her son's transgressions. "If you really knew me, you'd be done with me," he says. "I know you!" she insists. Roberts is hugely effective here at portraying both intelligence and willful blindness. Even when Ben abandons her at a gas station in the middle of the night, her only goal is to save him. In the disorienting darkness, she finds herself making decisions that might shock her in the light of day.

Writer-director Hedges mostly stays away from speechifying — other than in a very few over-scripted moments — and lets his two talented stars run the show. Especially Roberts, whose face the camera rarely leaves — and why would it? Her terrified, determined mother is one of the more unforgettable portrayals of the year. Leave the Kleenex home at your peril.

"Ben is Back," a Lionsgate release, is rated R by the Motion Picture Association of America "for language throughout and some drug use." Running time: 103 minutes. Three stars out of four.