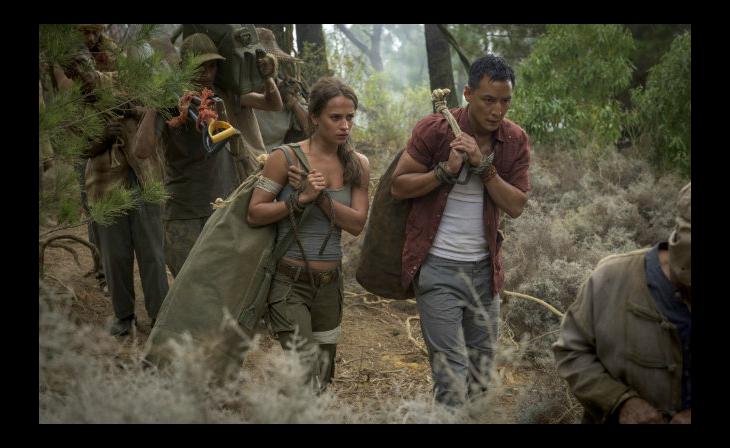 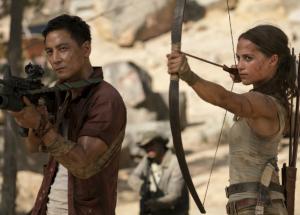 In "Tomb Raider," which has elements of "Indiana Jones," ''Batman" and even "Tron: Legacy," but with an angsty young woman at the center instead of an angsty young man, Alicia Vikander takes a lot of beatings. She is punched in the face, and in the stomach, she is thrown against rocks and sent careening through a forest, she is impaled, hit by a car, left in an impossible one-handed dead hang at least four times, and she is choked, really choked, by both men and women alike.

And she pulls it off! The movie itself is another, more complicated, story, but this video game adaption is better than most with set pieces that are both fun and ridiculous (like a high-stakes escape room) that actually seem to approximate the experience of playing a video game.

After two pretty lousy attempts, and a lot of terrible video game adaptations on the way, Hollywood has resurrected "Tomb Raider," and plucked the most recent supporting actress Oscar winner production could get their hands on. And like Angelina Jolie before her, Vikander has, exactly two years after her Academy Award win for an emotional drama, stepped into Lara Croft's combat boots and decided to raid some tombs.

Directed by Norwegian filmmaker Roar Uthaug ("The Wave"), Lara is introduced getting her butt kicked in a boxing ring. The gym membership that gives her access to these low-rent Rocky-esque facilities is one she can't afford to pay. She is scrappy and barely getting by on her bike courier service paycheck. She also isn't afraid to take on a challenge for a few hundred bucks, like, say, biking through the streets of London with a foxtail attached to her machine while two dozen guys try to catch her. But she's also not past seeing a random business man on the street, thinking that perhaps it is her long-lost and presumed to be dead father (Dominic West) and going into a hazy flashback dream that distracts her enough to lose focus in the race and flip over a police car.

At the local police station, we learn the truth of Lara: This isn't some working class girl at all, this is someone who grew up wealthier than most could imagine and whose inheritance won't kick in until she signs some papers acknowledging that her father, who disappeared seven years ago, is dead. Just as she's about to concede to her father's deputy (Kristin Scott Thomas), she stumbles on a clue that sends her on a journey to find out what happened to her father on that remote island off the coast of Japan. He was looking for some ancient "death queen" named Himiko that we spend the next half of the film talking about and searching for.

Lara swings by Hong Kong first and gets the son of a man her father knew, Lu Ren (a compelling but underused Daniel Wu) to join her on this adventure. One harrowing boat ride later and they've smashed into the island and found themselves in the possession of Vogel (Walton Goggins), a mercenary who is trying to get the mummified Himiko off the island.

It's here that the film's set pieces really start to click, and Lara, whose bulging back muscles are shown off at every possible opportunity, is put through the ringer trying to escape from Vogel. That the production put her in cargo pants for the duration and not the Jolie short-shorts is perhaps a sign of progress too.

The film not-so-subtly borrows from a half dozen better films, but even so, there are definitely ways the story of "Tomb Raider" might have been improved. Lara is for all her gumption, a pretty passive protagonist, for one.

As it stands, though, "Tomb Raider" is an often fun and visually compelling action pic, that is also sometimes unintentionally silly, with a great actress leading the whole thing.

"Tomb Raider," a Warner Bros. release, is rated PG-13 by the Motion Picture Association of America for "sequences of violence and action, and for some language." Running time: 118 minutes. Two and a half stars out of four. 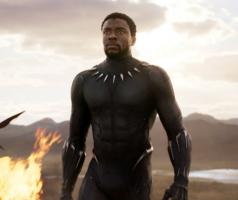 Not since "Avatar" has a box-office hit had the kind of staying power of "Black Panther." Ryan Coogler's comic-book sensation on Sunday became the first film since James Cameron's 2009 smash to... 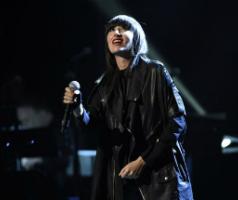 Karen O is teaming up with Lara Croft.

The Yeah Yeah Yeahs frontwoman, who was nominated for a best original song Academy Award last year for "Moon...