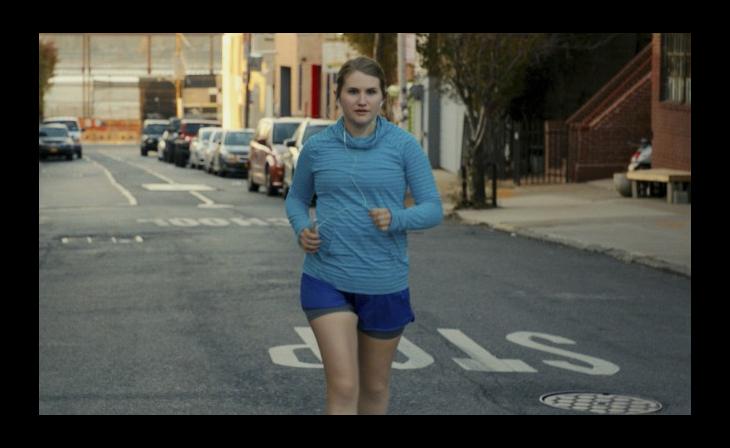 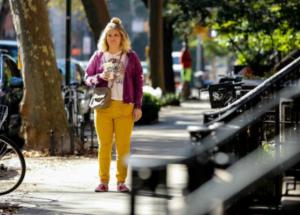 Getting in shape and putting your life together usually, at the movies, passes in a montage. But for many, the non-Rocky legions of us, such transformations require more than inspiring theme music and lifting weights in the snow. And for the Brittany (Jillian Bell) of "Brittany Runs a Marathon," that's especially true.

Brittany is an aimless and broke 20-something in New York who's startled when her attempt to pry an Adderall prescription from a doctor (Patch Darragh) turns into a recommendation to improve her body mass index. He suggests she changes her hard-drinking lifestyle and lose about 50 pounds.

After a moment, Brittany gets over her initial offense and, after perusing humble-bragging Instagram posts that only increase her self-loathing, Brittany decides to go for a run. She starts with one city block. She eventually sets her sights on 26.2 miles. Along the way, she confronts her body image anxieties, makes new friends and turns into a young, professional adult.

The plot, by writer-director Paul Downs Colaizzo in his feature-film debut, might sound like the kind of hokey motivational story that only a proselytizing jogger or a sneaker clerk would dream up. And some might understandably turn their nose up at a movie that increasingly equates exercise with righteousness.

Not all self-renewal comes via a pair of New Balances, but it does the trick for some, and part of the fun of "Brittany Runs a Marathon" is how diametrically opposed Brittany initially is to the idea. She snarls at her fit neighbor (Michaela Watkins), cursing her as "Money Bags Martha" even though her name is Catherine. Faced with the exorbitant fees of a gym membership, she subtly disarms an entire industry by reminding the salesman that, you know, going for a run outside is $0.

Really, the main reason to see "Brittany Runs a Marathon" is Bell. A former "Saturday Night Life" writer, she's regularly been a bit player in comedies like "Office Christmas Party" and "22 Jump Street," but this is her first lead role, and she's stellar in it. Her performance is a deeply layered one, rendering Brittany a very human concoction of sarcasm and bitterness: a young woman in search of her sense of self-worth.

Running is only part of Brittany's path toward getting there, and Colaizzo steers his protagonist through a makeover much more interior than exterior. It takes some likable digressions, too, roping in unconventional supporting players. Utkarsh Ambudkar excels as Jern, Brittany's unexpected colleague in an enviable dog-sitting gig. Lil Rel Howery, who gives every film he's a part of a boost, is around occasionally as a brother-in-law. Micah Stock also makes an impression as a jogging pal.

"Brittany Runs a Marathon" starts comically; its first moments, with Brittany working as an usher at an off-Broadway theater are its funniest. But it grows increasingly earnest. That's part of the movie's charm but also what leads it a little off track.

Whereas Andrew Bujalski's terrific and underseen "Results" (with Cobie Smulders as a personal trainer and Kevin Corrigan as her slovenly client) used fitness as an entry point into the messy, striving lives of its characters, "Brittany Runs a Marathon" narrows its field as it ambles toward a conclusion. It doesn't exactly lose its footing — Bell keeps a hold of her character too firmly — but some of Brittany's personality slips away. Losing some weight doesn't mean you have to lose your sense of humor, too.

"Brittany Runs a Marathon," an Amazon Studios release, is rated PG-13 by the Motion Picture Association of America for language throughout, sexuality and some drug material. Running time: 103 minutes. Three stars out of four.