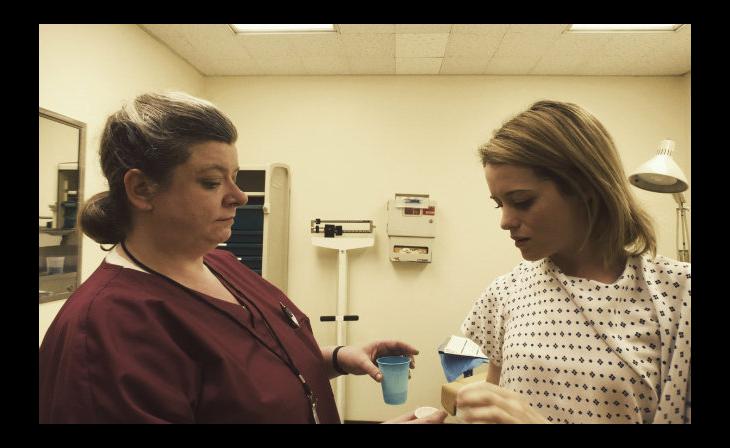 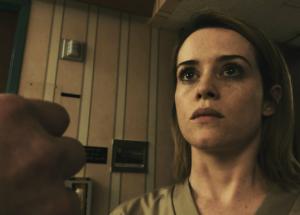 Steven Soderbergh, who briefly retired from Hollywood after lamenting its timid small-mindedness, has shot his second post-hiatus film entirely on an iPhone.

"Unsane," a pulpy psychological thriller, is an exercise in both genre and technology. It's a B-movie iMovie. And it's 98 minutes of proof that the laborious apparatus of filmmaking can be not only light on its feet, but fit snuggly inside your pocket.

Of course, not everyone has an "Unsane" on their smartphone. Some of us just have Words With Friends and a couple cute kid pictures. But Soderbergh ("Out of Sight," ''The Knick"), who serves as his own cinematographer under the pseudonym "Peter Andrews," is a restless, protean filmmaker prone to experimentation and live-wire immediacy in his movies. He likes to cut out the middle man, even if the middle man is a camera.

"Unsane," made secretly over two weeks last June, is also unusually timely. In the script by Jonathan Bernstein and James Greer, Claire Foy, the breakout star of "The Crown," plays a data analyst named Sawyer Valentini who has relocated from Boston to Pennsylvania to flee a stalker.

Foy, proving every bit as good in a low-budget, on-the-fly indie as in a sumptuous period drama, plays Sawyer with deep inner trauma masked by tough, guarded exterior. When her married boss calls her into his office to, wink wink, suggest they travel together to a weekend conference, she immediately senses the danger and briskly returns to work. But when Sawyer attempts a one-night-stand with a Tinder date — she assures the guy the night will go "exactly like you want it to go," so long as he never contacts her again — she violently withdraws from him at their first embrace and locks herself in the bathroom.

Seeking the advice of a therapist, she speaks to someone at an anonymous behavioral centered named Highland Creek. The meeting goes well, Sawyer thinks, but as she's departing she's asked to wait in the lobby. Later, a curt attendee comes to lead her down a drab, darkened hall, ushers her into a room, locks the door, and asks Sawyer to empty her bag, hand over her phone and disrobe. "Procedure," she says.

A growing sense of nightmare takes hold, but it's not elevated by the usual shrieking score or stylish flourishes of a horror film. Sawyer eventually learns that her offhand acknowledgement of occasional suicidal thoughts has gotten her admitted for 24 hours, and that she's unwittingly signed away her rights for that time. Her fury quickly leads to scrums that extend her stay and increase her dosages, dispensed in little paper cups. Her mother (Amy Irving) can do little to free her.

Inside, the atmosphere is only a shade tamer than "One Flew Over the Cuckoo's Nest" or "Shock Corridor." But while "Unsane" initially feels reminiscent of past insane asylum horrors, the terror of Soderbergh's film is more of a waking nightmare. Through the unfiltered, plain lens of an iPhone, Sawyer's predicament is frightfully ordinary. The hospital isn't a shadowy gothic trap. It's a realistic suburban bureaucracy. "They got beds. You got insurance," explains a fellow inmate played by a terrific Jay Pharoah ("Saturday Night Live").

"Unsane," though, severely heightens things with a twist. Sawyer believes her stalker (Joshua Leonard) has infiltrated the hospital and is working there as an orderly. She has said she sees him everywhere. Is this a delusion? Is Sawyer, in fact, unstable? Or is this another case of a woman's accusations against a sexual harasser being ignored and explained away? Even Sawyer isn't sure which it is, at times.

"Unsane" keeps those seesawing possibilities alive for a good while, but eventually settles definitively — disappointingly, because it saps the mystery — on one side. A movie predicated on realism teeters toward preposterousness. Yet while Soderbergh made the film shortly before the Harvey Weinstein accusations unspooled, "Unsane" captures much of the pain, confusion and self-doubt that can follow sexual abuse — and the potentially dire consequences of not heeding a victim's warnings.

"Think of your cell phone as your enemy," Sawyer is told by a stalker adviser, played by an uncredited Matt Damon, who instructs her on the perils of social media exposure. But Soderbergh's movie is a testament to the power of one's phone, and not just because it was shot with one. In "Unsane," nothing portends that something terrible will befall someone more than when they, against their better judgment, give up their phone.