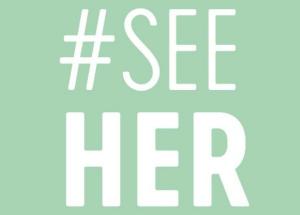 SeeHer, the Association of National Advertisers (ANA)-led movement for gender equality in advertising and media, has entered into a partnership with the Screen Actors Guild‐American Federation of Television and Radio Artists (SAG-AFTRA).

SAG-AFTRA and ANA’s SeeHer will work together to amplify the importance of visibility and highlight gender equality successes. The alliance was facilitated by Stacy Marcus, chief negotiator for the Joint Policy Committee LLC and partner at Reed Smith LLP. The JPC is the multiemployer collective bargaining unit representing the advertising industry in Commercials Contracts negotiations with SAG-AFTRA. Earlier this year, as a part of the landmark 2019 Commercials Contracts negotiations, the JPC and SAG-AFTRA recognized the importance of gender equality in advertising and agreed to work cooperatively to promote the SeeHer movement.

SeeHer supports authentic female character development in a variety of ways, such as the #WriteHerRight tip sheet, which facilitates conversation about gender equality by bringing effective, story-building language and tools into the writers’ rooms. This initiative is expanding to include a deeper emphasis on intersectionality and increase the targeted efforts to address the unique challenges that marginalized women and girls face in media portrayals.

The SAG-AFTRA partnership will enhance that outreach via a social media effort called #IWasWrittenRight for actors to use to share examples of female characters they have portrayed who they feel reflected the nuance and complexity of women in real life.

As part of the partnership, SAG-AFTRA and SeeHer will co-host Salon Days in New York and Los Angeles, and a monthly SAG-AFTRA SeeHer Day, where marketers and content creators will come together around a theme or focused question related to gender equality in media to share insights and develop materials that illuminate the power of strong female characters.

“This partnership will help accelerate the pace of progress for our mission to have equal, accurate and realistic portrayals of women and girls in media,” said Marc Pritchard, SeeHer co-chair and chief brand officer, P&G. “The movement for gender equality in content requires change in the entire media ecosystem to make it happen, including marketers working in concert with all of the other key players who create, produce and distribute content.”

“Our SAG-AFTRA partnership is the latest manifestation of our expanding and deepening mission to bring gender equality to ad-supported content on all platforms,” said Christine Manna, president and chief operating officer of the ANA. “It is a big milestone for the movement, and on behalf of all the ANA SeeHer marketers, we are delighted to be working together.”

David White, SAG -AFTRA national executive director, concluded, “Equity and inclusion are core values of SAG-AFTRA, and we are thrilled to partner with SeeHer to bring about greater gender equality in media and a more realistic portrayal of the American Scene. Working together, I believe we can effect true, systemic change.”

The ANA-led SeeHer is a collective of marketers committed to creating and supporting content that portrays women and girls as they really are. It launched in June 2016 in a partnership with The Female Quotient (The FQ). To help marketers benchmark success, ANA’s SeeHer developed Gender Equality MeasureTM (GEMTM), the first research methodology that quantifies gender bias in ads and programming. GEMTM shows that content that portrays females accurately dramatically increases purchase intent and brand reputation, increasing return on investment (ROI) by as much as 30%. GEMTM won the 2017 ESOMAR Research Effective Award and the methodology became the industry standard which led to a global rollout in 2018.

The ANA has a membership that includes more than 1,850 companies and organizations with 20,000 brands that engage almost 100,000 industry professionals and collectively spend or support more than $400 billion in marketing and advertising annually. The membership is comprised of more than 1,100 client-side marketers and more than 750 marketing solutions provider members, which include leading marketing data science and technology suppliers, ad agencies, law firms, consultants, and vendors. 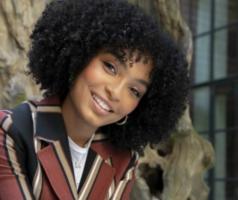 Actress Yara Shahidi has joined the SeeHer advisory board. SeeHer is the Association of National Advertisers’ (ANA) global industry movement for gender equality in advertising and media.