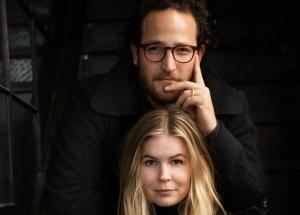 PICROW has signed directing duo Zeitgeist for spots and branded content. Zeitgeist consists of Danish director/writer Liv Prior Colliander, who helmed the film Dryland, and David Henry Gerson, winner of a 2016 Student Academy Award for All These Voices.

The latter is a powerful film which chronicles a young Nazi soldier coming to terms with his actions after encountering a theater troupe both celebrating the end of WWII yet grieving what the world has endured. All These Voices manages to be as much about theater and film as it is about forgiveness and the horrors of the Third Reich. Gerson saw All These Voices also earn an AFI Fest nomination for the Grand Jury Prize honoring the best live action short film in 2016. That same year, Gerson won the American Film Institute’s Richard P. Rogers Spirit of Excellence Award, which is given annually to a director whose performance at AFI embodies the spirit of the late, celebrated documentarian Rogers.

Also on the awards front, Gerson produced and served as lead actor in writer/director Matthew Lessner’s Chapel Perilous, which won the Audience Award for Shorts at the 2014 Sundance Film Festival.

Though several of Gerson’s films tackle serious themes, there are also playful elements in his body of work, which includes branded fare for Western Digital, The NY Times and surreal excursions into fashion with spec pieces for Prada and Chanel.  “I have always loved the visual languages of high-fashion advertisements — they tend to be as free, as elaborate, and as skillfully crafted as the fashion brands they represent,” said Gerson. “For Prada, I watched tons of Prada ads — which are often so very fun, playful, and seemingly in the shadow of Fellini. For the Chanel piece, I loved Chanel’s elegance and grandeur in their ads, their old world sensibility, and thought a film noir for Coco Noir was a natural fit.”

Meanwhile Colliander is a Danish director best known for writing and directing the lauded short film Dryland, the story of a young girl using her love of swimming to help cope with the trauma of her mother’s suicide attempt. In addition to her short films, Colliander has directed branding films sponsored by Porsche for the book “ROR MIG,” a Danish suspense thriller authored by Linda Victoria, and Fishley, a smartphone-based sports fishing app. “I love finding the beauty in the real and the raw, and weaving that sensibility into a cinematic story.”

Colliander added that working with Gerson as collaborative partners in Zeitgeist is a perfect union.  “There are complicated and complementing elements in both of us--light and dark coexist with the intimacy of the real and the hugeness of spectacle and they complement each other tremendously. We feed off each other.  Our work together, our whole, is greater than the sum of its parts.”

Zeitgeist gains its first spot/branded content representation through PICROW. Individually Gerson had never been repped for commercials or branded fare. Colliander has worked freelance, never officially tied to a company. PICROW marks a new chapter for both of them.

PICROW founder/director Peter Lang said of Zeitgeist, “They’re great at preproduction, on set, and in post. They have a deep respect for the craft of filmmaking and put a lot on the screen. They’re going to bring a new beauty to advertising.”

Colliander added, “David and I are elated to join PICROW. I think David and I bring something better to lifestyle work. We do it better together. When we pull each other’s strings the work has a color and power that’s on a different level. At the end of the day, we both just love to shoot, shoot, shoot.”