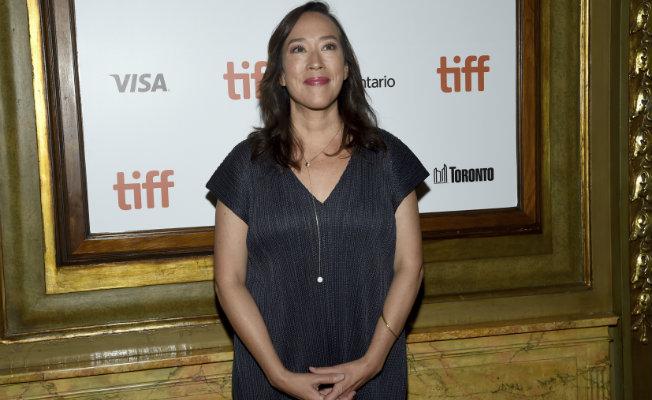 Director Karyn Kusama attends the premiere for "Destroyer" on day 5 of the Toronto International Film Festival at the Winter Garden Theatre on Monday, Sept. 10, 2018, in Toronto. (Photo by Evan Agostini/Invision/AP)
Kidman Reflects On Her Metamorphosis In Director Kusama's "Destroyer" 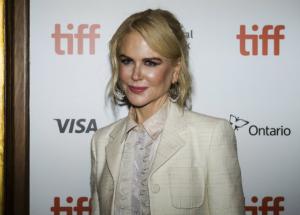 It was as she forcefully stuffed actress Tatiana Maslany into the trunk of a car that the sheer out-of-body experience of her role in the brutal L.A. noir thriller "Destroyer" came into focus for Nicole Kidman.

"I was putting her in the trunk of that car going: 'What the hell is this?'" Kidman recalled at the film's Monday evening premiere at the Toronto International Film Festival.

As much as we've come to expect it, Kidman's transformations can startle even herself. And just as has so often been the case, Kidman's powers of metamorphosis again have a film festival buzzing and the 51-year-old actress back among the Oscar contenders.

In Karyn Kusama's "Destroyer," Kidman is almost unrecognizable as Erin Bell, a haunted and hardened police detective with little will left for police work or life, at all. Her voice is a husky whisper, her skin a gaunt, sun-dried mask, her eyes cold and empty. She drinks heavily.

The film, which Kusama characterized as in the spirit of Martin Scorsese's "Taxi Driver," places a female anti-hero in the heart of a hardboiled genre usually the domain of men. Maslany, who plays a strung-out criminal in the film, said of the film: "It felt so not masculine. It felt really feminine in this genre to really bend the rules with how we normally see these stories."

What has turned Bell into a ghost is what drives "Destroyer," which Annapurna Pictures will release in December. It cuts between a present murder investigation and an earlier, connected undercover operation that ended tragically. In the flashbacks, Kidman appears recognizably herself — beautiful, spirited — only further emphasizing her drastic changes in the role.

"I was just sitting back watching the last 15 minutes of the film going: 'God, is that me?'" said Kidman. "And it's weird because I look at it and it feels almost like a dream because it was so different for me to exist in that place."

Kidman said the character's inner darkness was more challenging than the exterior makeover.

"The film was really hard for me. It's so extreme, so different from who I am. I wanted it to be real and authentic. I didn't want to be showing up and doing a performance," she said. "So I kind of had to move into a place and exist in a place for a period of time that I didn't like to be in — mentally, physically, all of it. I didn't quite realize until I was in it what it was going to take."

Kidman co-stars in another film at the Toronto Film Festival: "Boy Erased," playing the mother of a young man (Lucas Hedges) forced into gay conversion therapy. While that film, too, has earned positive reviews, it appears more likely that her performance in "Destroyer" could land Kidman her fifth Oscar nomination. She won for 2002's "The Hours" and was most recently nominated last year for "Lion."

Kidman has pledged to work with female directors at least once every 18 months. It's her first time working with Kusama, the director of "Girlfight" and "Jennifer's Body," and she pursued the part, penned by Phil Hay and Matt Manfredi. Kusama recalled Kidman's layered, shivering performance in one dramatic scene where Bell realizes something awful has happened.

"It was as if we were watching in real time a person going into shock," said Kusama. "When you see an actor not acting anymore, just living in this very special, rarified space that we were given access to Erin's (mind). That moment gives me chills every time I watch it. That was an awe-inspiring day."

The filmmakers chose to shoot the flashbacks with a younger Bell second, a decision that Kidman acknowledged initially threw her.

"But then I have this thing as an actor where I always say: 'You go with it.' I never try to fight whatever the circumstances are because I don't know what's best for me as an actor," said Kidman. "I might have a plan in my head but it's usually wrong. So it's better for me to just go with the flow, Nicole. And that's for life as well."