Amazon Continues To Spend At Sundance, Buys "Brittany" For $14M 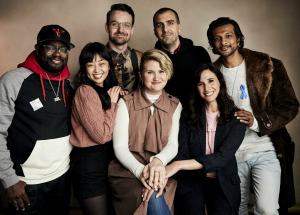 In its third major buy of the Sundance Film Festival, Amazon Studios has acquired the world rights for the inspirational comedy "Brittany Runs a Marathon " for $14 million.

Deadline first reported the news of the acquisition Wednesday.

The film stars Jillian Bell as an aimless 20-something who decides to start getting her life together and train for a marathon.

Amazon Studios has been spending big at the 2019 Sundance Film Festival, which wraps up on Feb. 3.

It also bought the distribution rights to Mindy Kaling's comedy "Late Night," for $13 million, and the CIA torture investigation drama "The Report," starring Adam Driver and Annette Bening, for $14 million.

In past years Amazon has had successes with Sundance buys like "The Big Sick" and "Manchester By the Sea."