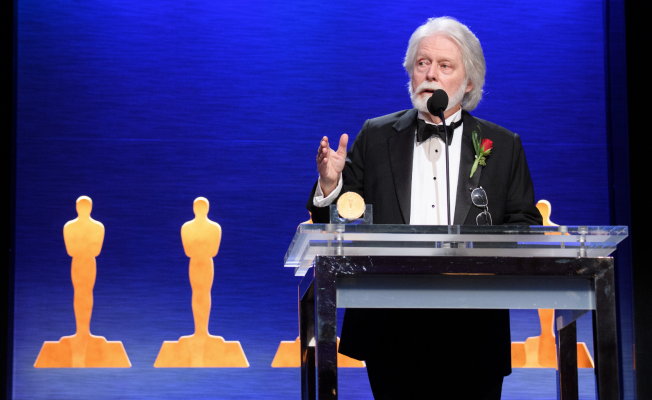 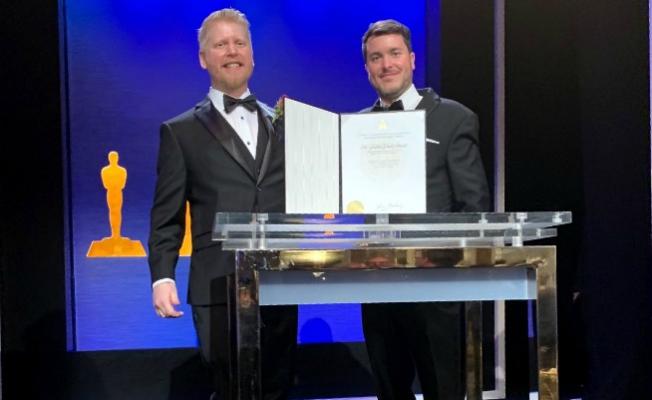 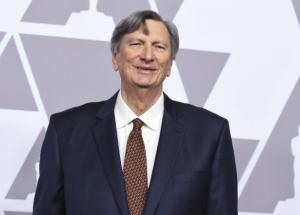 When ASC member John Bailey was elected president of the Academy of Motion Picture Arts and Sciences in 2017, he became the first cinematographer to hold the position in nearly 60 years (the other being George Stevens, who was better known as a director). Now in his second term as Academy president, Bailey did double duty on Saturday (2/9) night--first at the Academy’s annual Scientific and Technical Awards ceremony in Beverly Hills and then presenting the marquee honor for feature film excellence at the ASC Awards in Hollywood.

In his introductory remarks at the latter ceremony, just prior to presenting the ASC Award which went to Lukasz Zal, PSC, for Cold War (see separate story here), Bailey sent the ASC gathering greetings not only from the Academy’s Sci-Tech community across town but also specifically from ASC stalwart Curtis Clark who that same evening had received the Academy’s prestigious John A. Bonner Award during the Sci-Tech proceedings for helping to shape motion picture technology and educating the industry about that technology as well as assorted technical issues--with much of that work done in his role as chair of the ASC Motion Imaging Technology Council.

During the Academy ceremony earlier in the evening, Bailey quoted Doug Roble, chair of the Scientific and Technical Awards Committee, noting, “We take pains to not award the tech of the moment, but the technology that has had a lasting impact on the film industry."

Unlike the upcoming Oscars, the Academy’s Sci-Tech Awards ceremony had a designated emcee--actor David Oyelowo who noted, “The reason we celebrate is because someone had a story to tell. That is the art. And telling that story required tools. That is the science.”

In addition to Clark, nine scientific and technical achievements were honored at the Scientific and Technical Awards Presentation in Beverly Hills. Here’s a rundown of those recipients.

--To David Simons, Daniel Wilk, James Acquavella, Michael Natkin and David Cotter for the design and development of the Adobe After Effects software for motion graphics.
After Effects’ pioneering use of consumer hardware to host an application that is extensible, efficient and artist-focused has made it the preeminent motion graphics tool in film production, allowing motion designers to create complex animated elements for title design, screen graphics and fictional user interfaces.

--To Thomas Knoll and John Knoll for the original architecture, design and development, and to Mark Hamburg for his continued development and engineering of Adobe Photoshop.
Photoshop’s efficient, extensible architecture, innovative virtual-memory design and powerful layering system introduced a new level of user interactivity, which led to its adoption as the preferred artistic tool for digital painting and image manipulation across the motion picture industry.

--To Ed Catmull for the original concept, and to Tony DeRose and Jos Stam for their pioneering advancement of the underlying science of subdivision surfaces as 3D geometric modeling primitives.
Their creation of essential geometric operations and sustained research on the fundamental mathematics of subdivision surfaces helped transform the way digital artists represent 3D geometry throughout the motion picture industry.

--To Per-Anders Edwards for the initial design and development of the MoGraph toolset in Cinema 4D for motion graphics.
MoGraph provides a fast, non-destructive and intuitive workflow for motion designers to create animated 3D graphics, as used for title design and fictional user interfaces in motion pictures.

--To Paul Miller for the software design, principal engineering and continued innovation, and to Marco Paolini for the efficient, artist-friendly workflow design of the Silhouette rotoscope and paint system.
Silhouette provides a comprehensive solution for painting, rotoscoping and image manipulation of high-resolution image sequences. Its fast, scalable and extensible architecture has resulted in wide adoption in motion picture post-production.

--To Paul Debevec, Tim Hawkins and Wan-Chun Ma for the invention of the Polarized Spherical Gradient Illumination facial appearance capture method, and to Xueming Yu for the design and engineering of the Light Stage X capture system.
Polarized Spherical Gradient Illumination was a breakthrough in facial capture technology allowing shape and reflectance capture of an actor’s face with sub-millimeter detail, enabling the faithful recreation of hero character faces. The Light Stage X structure was the foundation for all subsequent innovation and has been the keystone of the method’s evolution into a production system.

--To Charles Loop for his influential research on the fundamental scientific properties of subdivision surfaces as 3D geometric modeling primitives.
Loop’s 1987 master’s thesis, “Smooth Subdivision Surfaces Based on Triangles,” together with his subsequent research and publications, extended the theory of subdivision surfaces and inspired further development of methods that transformed the way digital artists represent 3D geometry throughout the motion picture industry.