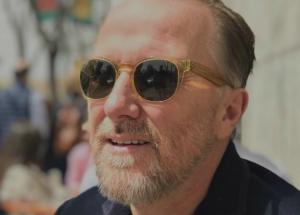 Known best for his ambitious commercials work with brands including Mercedes, IKEA, Audi, Mini, Kia and Fiat, St. Clair has turned out work that has gained recognition at such competitions as the Cannes Lions, D&AD’s and the Clios.

Prior to joining Pulse, St. Clair had been repped by Serial Pictures in the U.S. He continues to be handled by Rattling Stick in the U.K.

Davud Karbassioun, Pulse Films’ global president of commercials and branded entertainment, stated, “Bruce has a fantastic and fresh body of work, which we have long admired. He effortlessly integrates high end visual effects through a beautifully cinematic lens, but above all his work has a real perspective and personality which we love.  Whether it’s provocative or unapologetically charming, he is a rare combination of skills as a filmmaker.”

St. Clair said he was drawn to Pulse as “the ultimate multi-disciplinary and future facing company,” noting that the shop is building momentum in the U.S., and that “Davud and the team have an innate judgment of good creativity when it comes to seeking opportunities and setting their filmmakers up for success through the production process.”