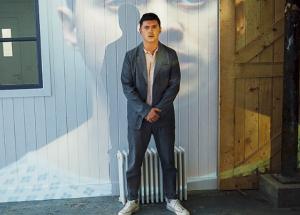 Bicoastal production partner m ss ng p eces has added director TJ O’Grady-Peyton to its live action roster for commercial representation across North America. O’Grady-Peyton is known for his evocative and naturalistic storytelling across commercials and short films. He was previously handled in the ad arena by production house Hey Wonderful.

Originally from Dublin, O’Grady-Peyton graduated from the London Film School and gained notice in the commercial world with a piece for Adidas that earned a 2013 YDA nomination at the Cannes Lions. He went on to broaden his portfolio with a Webby award-winning spot for Gatorade starring NFL quarterback Cam Newton, a Webby and Art Directors Club award-winning spot for VW, a Clio award-winning spot for Goodyear, and the Irish Film and Television award-winning short film Wave co-directed with Benjamin Cleary and narrated by Jarvis Cocker. O’Grady-Peyton has also created memorable work for BMW, Asics starring Steve Aoki, and the Gaelic Athletic Games; directed Kayaking the Nile for Red Bull’s original documentary Wildcard series; and was selected for Werner Herzog’s 2018 documentary masterclass in the Amazonian jungle.

“I’ve been really impressed by how m ss ng p eces fosters their talent across such a diverse range of styles and skillsets, and have seen them take many careers to new levels,” said O’Grady-Peyton. “My own style has evolved in recent years as I’ve been embarking on more cinematic work in addition to my documentary background, and I’m confident that m ss ng p eces is aligned with my goals and will be a great partner in this next phase of my career.”