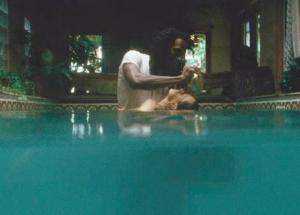 A scene from lophile's "My Side" music video, directed by rubberband.
NEW YORK --

Sondock and Davis first met at Tisch’s Kanbar Institute of Film and TV at NYU and have been working under the rubberband. moniker ever since. Prior to joining SMUGGLER, rubberband. had been at production houses Cadence and the London office of Moxie Pictures.

“Simon and Jason are a shot in the arm. They have the personality, taste, ambition and that relentless work ethic that helps great directors want to beat a path to the top. There is a definite flavor and a point of view that was immediately apparent to us all. They are on a very exciting and inspiring journey,” said SMUGGLER co-founder Brian Carmody.

A joint statement from Sondock and Davis read, “We’ve never been the kind of people to have long-winded explanations for why we do what we do. We’re interested in producing work that pushes creative boundaries alongside genuinely great people. SMUGGLER is the epitome of both.”