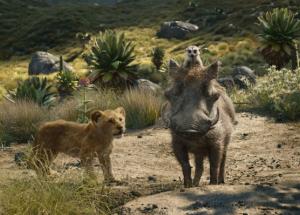 This file image released by Disney shows, from left, young Simba, voiced by JD McCrary, Timon, voiced by Billy Eichner, and Pumbaa, voiced by Seth Rogen, in a scene from "The Lion King." (Disney via AP, File)
LOS ANGELES --

The Academy’s Visual Effects Branch Executive Committee determined the preliminary list of films eligible for further awards consideration.  Later this month, the committee will select a shortlist of 10 films that will advance to nominations voting.

Nominations for the 92nd Academy Awards will be announced on Monday, January 13, 2020.