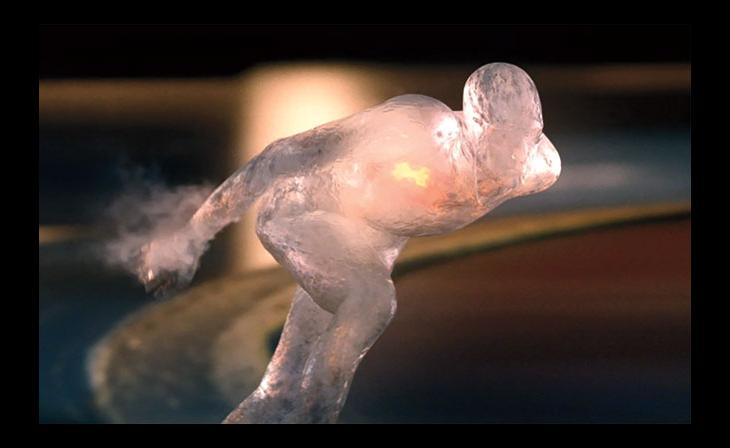 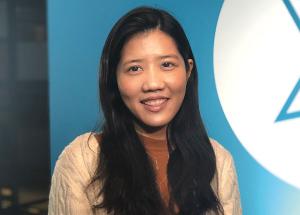 Zoic Studios teamed with BODEGA to demonstrate how Under Armour has helped prepare U.S. speedskating athletes as they head into the 2018 Winter Olympics in Pyeongchang. The film, produced direct-to-client, brings to life the silhouette of a methodical speedskater crystallizing into icy form as the competitor rounds the oval. As velocity heightens, the ice shatters, revealing a human form in Under Armour’s new speed skin design.

Zoic worked closely with co-directors Megan Oepen and Haley Geffen, contributing all up-front look development and technical expertise in pre-production, ensuring that all visual effects could be successfully implemented for the final piece. Prior to the shoot, the Zoic team, led by VFX Supervisor Julien Brami, took a 3D scan of Olympic Gold medalist and film model Joey Cheek inside the Under Armour skin. This ensured a fast implementation of the skater model into the Zoic pipeline and a smooth transition into its use for the subsequent match-move and creation of the “ice man” silhouette. Once the match-move was in place, the formation of the ice man was rendered with a combination of both Houdini and Maya, and lit in V-Ray. MoGraph was both designed and animated in After Effects. Each shot was composited in Nuke, with a final Flame finish.

Under Armour’s innovation team set out to deliver a new Olympic speed skin that maximizes comfort, mobility and speed. Fabrics and concepts were tested for hundreds of hours, creating an asymmetrical skin design that matched the sports-specific movement of always turning left. This build matches the athletes’ natural, ergonomic movement on the ice while keeping comfort and mobility at the forefront.

Agency AMPS Up In Consolidated Venture
AMP Agency, with offices in Boston and New York, is consolidating with L.A.-based digital agency BLITZ and 206Agency, an experiential marketing and branding agency based in Seattle. The combined marketing firm will be named AMP Agency, will have a new brand identity, and will be joined by Adlucent, a performance-based media and analytics company in Austin that will operate under its existing brand. The four agencies are owned by agency network Advantage Solutions. AMP Agency bills itself as a brand ecosystem agency. Its new model is predicated on the fact that brands that deliver fully integrated, personalized experiences lead in business performance. Informed by their proprietary data, behavioral analysis, and predictive analytics, AMP Agency crafts elegant and impactful marketing, digital products, and tactile experiences to grow businesses.

People On The Move
Dallas-based new media creative studio Flight School has added Ruby Wang as concept artist. Wang is an integral part of Flight School’s creative team, crafting new designs for characters, environments and assets on a wide array of projects. She also contributes to story development for the studio’s virtual reality and animation projects. Most recently, Wang was the art director on Island Time, an in-development VR arcade game, as well as an artist on projects for clients including Dell, Chevy and Starbreeze VR. Earlier Wang interned with Tonko House, working on the Annie Award-nominated series “PIG: The Dam Keeper Poems,” based on the characters from the studio’s Academy Award-nominated short film. Additionally, she was an illustrator for Eric Miller Animation Studios, contributing promotional art for their animated web series, “Bink,” and concept art for future projects. She also contributed concept art to “Sonder,” an animated short in production at Soba Productions....Writer and veteran executive producer Janet Arlotta has joined design and branding studio Friends of Mine (FOM) as EP. In her new position, Arlotta will leverage her nationwide reach and give FOM, founded in Denver in 2010, a presence in Los Angeles, New York, and Atlanta. Friends of Mine recently completed an around-the-world brand film for Otterbox, shot in five countries. Prior to joining the company, Arlotta had been the executive director of (n+1) design studio, after her long run as owner and EP of FUEL..... 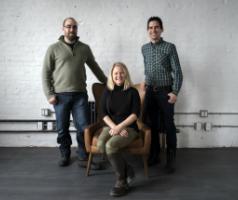 Visual effects house Zoic Studios has added Jeff Blodgett as executive producer. Blodgett has over two decades of experience as an EP in VFX/animation, with lengthy...

Visual effects house Zoic Studios has added veteran VFX supervisor Stephan Fleet. With a diverse background in VFX and digital media, he has held posts as a visual...