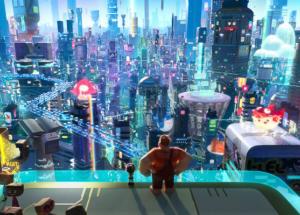 SIGGRAPH 2018 has unveiled details about its Production Sessions program. The 45th SIGGRAPH conference will take place August 12-16 at the Vancouver Convention Centre.

Kicking off the first evening of the conference on Sunday, August 12, the Production Sessions program will host a special 25th anniversary tribute screening of the original “Jurassic Park” (1993), giving attendees the chance to see it on the big screen again. Steve “Spaz” Williams, one of the visual effects pioneers on this groundbreaking film, will present and introduce the screening.

After a successful first run in 2017, the Production Gallery will return for a second year to Vancouver. This museum-style showcase features artwork, props, costumes, artifacts, and even interactive gaming experiences, offering attendees the opportunity to see behind-the-scenes work of artists and industry craftspeople up close. Among this year’s display pieces will be memorabilia from productions like “Solo: A Star Wars Story,” “Ralph Breaks the Internet: Wreck-It Ralph 2,” “Crow: The Legend,” and Square Enix’s Animation-to-Games project.

The Production Gallery will also showcase an exhibition with 50 pieces of original artwork from world-renowned, legendary futurist Syd Mead (known for contributions to “Blade Runner,” “TRON,” “Star Trek: The Motion Picture,” “Aliens,” “Time Cop,” “Tomorrowland,” “Blade Runner 2049”). Entitled “Progressions,” the exhibition is a retrospective of more than 50 years of artwork by Mead, from his academic years to his most current works. Through selected drawings, color preliminaries, and finished paintings, attendees will get a glimpse into Mead’s thought process, unique approach, and detailed technique as the pieces move from idea to final artwork. The exhibition will also feature the Syd Mead mobile app, available via SydMead.com or by searching “Oblagon AR” in the Apple or Google Play stores. Participants who download the app to their phone or tablet can hold it up to any of the Pebble Beach Triptych artworks and view the vehicle in 3D. In addition, the app allows viewers to experience Mead’s original line drawings and color rough draft for the artwork, to truly show the progression of the art.

“Embracing and embodying the theme of ‘Generations,’ SIGGRAPH 2018 is a chance to celebrate and to reflect. This year’s Production Sessions programming looks at where we were, where we are now, and where we could be. I am so proud of the incredible lineup of content and speakers we have assembled. The brilliant work and boundary-pushing creativity in every frame, sequence, and pixel in the sessions, and the experience of walking through the gallery, is sure to ‘wow’ our attendees,” said SIGGRAPH 2018 Production Sessions chair Emily Hsu.

This year, there will be 10 Production Sessions. During these 90-minute sessions, the world’s most talented computer graphics experts, technical artists, and creative teams pull back the curtain on their workflows, processes, and techniques. Attendees have the opportunity to learn and ask questions about production challenges on complex productions in computer animation, visual effects, gaming applications, virtual reality, themed entertainment, cultural exhibition, projection mapping, or other applications of computer graphics.

Highlights of the SIGGRAPH 2018 Production Sessions include:

DNEG, Framestore, and MPC Present: The Visual Effects of “Blade Runner 2049”
Thirty-five years after the release of the original “Blade Runner,” the visual effects teams behind “Blade Runner 2049” were tasked with the challenge of crafting a dystopian world in the next phase of one of the most-beloved sci-fi films of all time. From the creation of the L.A. cityscapes, Las Vegas, and Trash Mesa environments, to the development of a holographic Joi and the return of Rachael, join the filmmakers from DNEG, Framestore, and MPC as they discuss their Academy-Award winning work that paid tribute to the original picture while creating a film of the future.

“Wreck-It Ralph 2:” Visualizing the Internet
In this exclusive look at the upcoming “Ralph Breaks the Internet: Wreck-It Ralph 2” (release date: November 21, 2018), members of the production team from Walt Disney Animation Studios will discuss the challenges they faced, both artistically and technically, in visualizing a world that is ever-changing and seemingly endless — a concept as familiar as the internet executed in a way that has never been seen before.

LAIKA’s “Missing Link:” Raising the VFX Bar
LAIKA is a studio whose mission is to realize the potential of stop-motion animation by fusing old-school artisanship with cutting-edge technology. This sneak peek production session will highlight the work done by LAIKA’s in-house visual effects team on the studio’s fifth film, “Missing Link” (in theaters April 19, 2019). During this session, the LAIKA team will highlight its unique production pipeline and how its digital efforts were created in concert with the puppet-makers and set builders at the studio.

“Game of Thrones” Season 7: Orchestrating Sea Battles and Blowing Up a Big Wall
In this production session, members of the Rodeo FX visual effects team will discuss their work on the legendary HBO series “Game of Thrones,” which was just nominated for 22 2018 Emmy Awards. The team will cover, in depth, two of the seventh season’s most intense and epic sequences, starting from the concept art and working through the processes that led to the final shots. Rodeo FX’s long-term relationship with the filmmakers helped their approach for art directing, which Rodeo took into consideration when planning for the “Sea Battle” scene in episode two, and the dramatic “Fall of the Wall” in the season finale.

The “Incredibles 2:” Suit Up, It Might Get Weird!
In a conversation that will not only span multiple disciplines, but also multiple years of technological advancement at Pixar, the team behind “Incredibles 2” — many of whom also worked on the first film —will compare and contrast the filmmaking process then and now. Hear from this super group as they examine how they used the past to inform the present and, incredibly, achieved the near-impossible.

Generations of Houdini in Film
Featuring experts from multiple studios — including SIGGRAPH 2018 keynote speaker Rob Bredow of Industrial Light & Magic (ILM) — and moderated by Ian Failes, this panel will showcase multiple generations of creative leadership, from those who embraced SideFX’s initial release of Houdini in 1996 to artists who have more recently discovered its procedural methods. Hear unique perspectives as they tell stories from the past to the present, and look ahead to the future of computer graphics.

The Making of Marvel Studios’ “Avengers: Infinity War”
Four years after the events of “Guardians of the Galaxy Vol. 2,” the Avengers have been torn apart following the events depicted in the film “Captain America: Civil War.” Marvel Studios, ILM, Weta Digital, and Digital Domain will take the SIGGRAPH audience through their unique visual effects journey, as they present how they created some of the movie’s most heart-stopping moments. 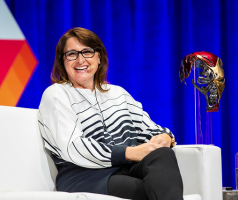 During her keynote remarks at this week’s SIGGRAPH conference in Los Angeles, Victoria Alonso, EVP of production at Marvel Studios, affirmed that she owes a debt of gratitude to the SIGGRAPH... 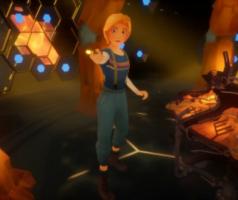 The SIGGRAPH 2019 Immersive Pavilion and VR Theater are set to roll into L.A. this summer with the conference’s largest selection of immersive programming to date, including four world-premiere... 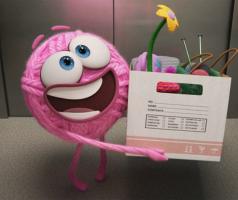 SIGGRAPH 2019 has revealed the award winners and lineup of 24 short films, breakdowns, scientific visualizations, advertisements, and more, set to appear in the Computer Animation Festival... 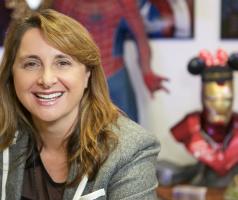 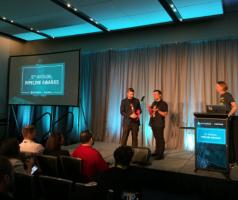