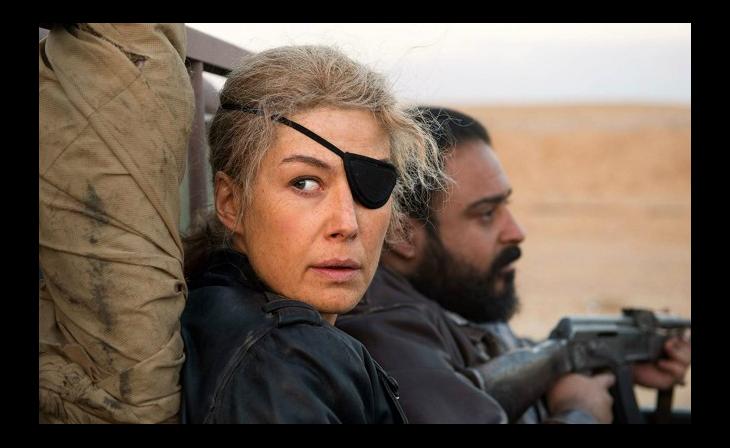 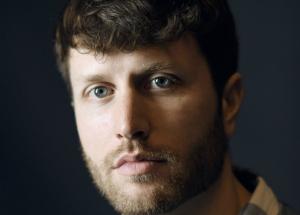 While A Private War recently earned him a DGA Award nomination for Outstanding Directorial Achievement of a First-Time Feature Film Director, Matthew Heineman is no stranger to Guild honors. He is actually a two-time DGA Award winner as a documentarian--for Cartel Land (also nominated for a Best Feature Documentary Oscar) in 2016, and City of Ghosts in 2018. Heineman joins Martin Scorsese as the only directors ever to be nominated for both narrative and documentary DGA Awards.

A Private War, Heineman’s narrative feature debut, tells the story of the late war correspondent Marie Colvin who’s stirringly portrayed by Rosamund Pike. Colvin was a journalist who sacrificed her life to show the innocent victims of war, her last report coming from Syria where she chronicled the ongoing siege’s heart-wrenching physical, psychological and emotional toll on everyday people and families. During a time when journalism itself is under attack, Colvin embodies those reporters who on a daily basis are putting themselves in peril to inform the world at large of injustice, atrocities and human suffering.

Heineman too has placed himself in harm’s way as a documentary filmmaker. His City of Ghosts, for example, introduced us to a band of Syrian citizen journalist rebels who risk their lives to document the crimes against humanity committed by ISIS in their homeland.

Heineman’s high-caliber documentary pedigree attracted scripts for narrative features, among them an early draft of A Private War. Heineman felt an immediate kinship to Colvin’s story, citing “her desire to bear witness, to humanize situations. I could also empathize with that feeling of these conflicts staying with her when she got home.”

At the same time, for A Private War, Heineman didn’t want to run away from his roots as a documentary filmmaker. Rather he wanted to embrace them. “I wanted to create a set that felt as authentic as it possibly could, where improvisation could happen, happy accidents of life could occur. We spent months and months of research to create these environments, make them feel real as if the viewer were taken there, to put the audience on the ground in that specific place, in the shoes of the characters we’re following.”

Heineman also made it a point to work with non-actors as background cast in various war zones, which included his filming in Jordan to double for stricken areas in Iraq, Afghanistan, Syria, Libya and elsewhere. “We found refugees from those various countries to play certain roles, creating an emotional place for us to tap into. At the scene with the mass grave in Iraq, those women were re-living real trauma. Those wails and screams came from a real place. They’re doing a chant, a prayer for the dead. It was a beautiful docu-style moment we captured as a crescendo to the scene.”

A nine-time Best Cinematography Academy Award nominee--who won in 1992 for JFK, in 2005 for The Aviator and in 2012 for Hugo--Richardson had his agent reach out to Heineman. “At first I thought it was a joke, a friend calling me. But he had heard about the film and seen some of my work and was interested in collaborating. I jumped on Skype and was nervous given his pedigree. I was a first-time (narrative) filmmaker on a film that didn’t have that big a budget. But from that first Skype call to the end of the film, he treated me as an equal and he became a friend, a mentor and collaborator. What makes Bob so brilliant, among other things, is that he’s such a chameleon. Certain DPs you know shot a film because it has that particular look. For Bob, each film is so different and distinct. He always does what’s best for the story, trying to build the vision of the director. I can’t speak highly enough of him.”

As for Fenton, Heineman gravitated toward him in large part based on the editor’s work on American Animals for director/writer Bart Layton.

“Bart’s a friend of mine and I saw in American Animals that Nick blends documentary and narrative in a fascinating way. I wanted that documentary aesthetic for A Private War,” explained Heineman. “I wanted an editor who understood the language of verite filmmaking. Nick was the perfect choice. He elevates the material in a way that’s not always on the page. Together we created a visual language for the film. I knew, for example, that I wanted to personify and visualize the torment of PTSD. In the script, the sequences were more linear. Nick came up with a brilliant, sort of fractured, hyper-real approach to those sequences, I loved getting to that place with him.”

Asked what his biggest takeaway was from his experience on A Private War, Heineman observed, “I’m extraordinarily grateful to make films. It’s a huge privilege and responsibility. I want to continue making documentaries. And I want to continue making narrative feature films as well. These forms are evolving and changing so fast. I make my documentaries feel like narrative in some ways. And my first narrative was made to feel in some ways like a documentary. I want to keep telling stories that matter.”

As for what’s next, he’s following up on his Showtime docuseries The Trade, with a second season delving into human trafficking. Heineman also has a narrative feature in development on the Paradise fires in California.

And at press time Heineman was tentatively scheduled to direct a commercial via his advertising/branded content roost, Superprime.