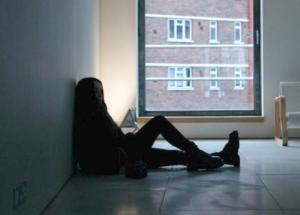 Stink Films has expanded its representation of director Matilda Finn to now include the U.S. for commercials and music videos. She continues to be handled by Stink in the U.K.

Finn has received wide acclaim for her music videos, beginning with her win for Best New Director at the UK MVAs in 2017, leading to her nomination for best director in 2019.

Finn’s video for Berlin producer Apparat’s “Heroist” distills the spectrum of human feeling, from fear to ecstasy, into a sci-fi dream sequence constructed from hundreds of photos (954, to be exact). Taking inspiration from a favorite George Orwell quote about “going to the dogs,” the film probes the ironic duality at the heart of enlightenment: the relief that can come from surviving hardship.

In addition to her music videos, Finn also brings her unique sensibility to a variety of ad and branded projects. Finn’s “Journey to Independence” for the U.K. disability charity Leonard Cheshire takes us to a job interview, hearkening back to the prospective employee’s arduous journey to recovery after surviving a life-changing accident. Finn directed the thought-provoking and empowering public service piece for London agency Don’t Panic. It earned inclusion into SHOOT’s The Best Work You May Never See gallery last year.

Most recently Finn brought her vision to We Don’t Care for Medicins du Monde, highlighting the humanity of people in need of care using stark, meticulously constructed black-and-white imagery.

Prior to extending her relationship with Stink to cover the American market, Finn had been repped in the U.S. by Pomp & Clout.

“Matilda’s imagination is undeniably electrifying,” said Daniel Bergmann, founder and president of Stink Films. “We’re thrilled to bring her unique talent into the U.S. market in this important next stage of her creative career.”

Finn shared, “I’ve had a great year with Stink in the U.K. and now I’m really happy to branch out into working in the U.S. I’m looking forward to collaborating on film projects with agencies and brands as well as exploring the other content possibilities Stink offers, like photography and experiential. This is why I have loved working with Stink as they look after my capabilities and have a broad mind about creativity.”