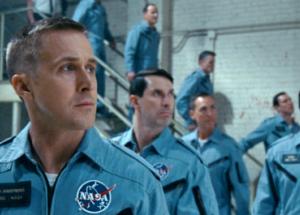 Capping off this year’s recently unveiled film lineup, The Toronto International Film Festival announces four Special Events. Reflecting the variety of TIFF’s audiences and the breadth of their interests, this year’s lineup focuses on a wide range of topics, from animation and music to politics and conservation, across oceans and in the skies.

Monsters and Men with guest introduction from Drake
In an age of political volatility and mistrust of the media, Monsters and Men addresses the systematic issue of police violence head-on. This provocative portrait of a community responding to crisis will have its Canadian premiere at TIFF Bell Lightbox before activating the building during the Festival’s Opening Night Party. Championing this explosive and topical film is Toronto recording artist Aubrey "Drake" Graham, who has partnered with NEON, and will join the cast for unique screening experience in Toronto, on Opening Night.

When a Black man is shot dead by police, three members of his community face different but serious consequences if they reveal their knowledge of the murder or the systemic corruption behind it, in writer-director Reinaldo Marcus Green’s bracing feature debut, starring John David Washington, Kelvin Harrison Jr., and Anthony Ramos. Monsters and Men was produced by Josh Penn, Eddie Vaisman, Julia Lebedev, Luca Borghese, and Elizabeth Lodge Stepp. Executive producers are Leonid Lebedev, Oren Moverman, Chiara Bernasconi, Charles Miller and Drake. It is distributed by NEON.

Jason Reitman Live Read
For the fourth time, Jason Reitman brings his ever-popular series to TIFF. With an onstage live read of John Hughes’ The Breakfast Club, Reitman continues the tradition of bringing beloved film scripts to life through performances by some of the industry’s favorite contemporary talent. Combining elements of theatre with the on-set experience, the Live Read is a rare event that promises an engrossing, immersive experience for audiences.

Jason Reitman created the Live Read in October 2011, in collaboration with Elvis Mitchell, for the film society of Los Angeles County Museum of Arts (LACMA). Since then, numerous live reads have taken place, including The Apartment with Steve Carell and Natalie Portman, The Big Lebowski with Michael Fassbender, Patton Oswalt, and Jennifer Lawrence, and Ghostbusters with Seth Rogen and Jack Black.

How to Train Your Dragon: The Hidden World: A Behind-the-Scenes Look with director Dean DeBlois and producer Brad Lewis

Audiences will be delighted as director Dean DeBlois and producer Brad Lewis bring an exclusive sneak preview of DreamWorks Animation’s upcoming How to Train Your Dragon: The Hidden World to TIFF 2018.

Fans of the franchise and newcomers alike will join DeBlois and Lewis for a first look at scenes from the new film — with commentary and interactive demonstrations from the creators themselves. Guests will experience exclusive behind-the-scenes footage that reveals just how this captivating tale was brought to life. This unique event will conclude with a live Q&A session with DeBlois and Lewis.

From DreamWorks Animation comes a surprising tale about growing up, finding the courage to face the unknown… and how nothing can ever train you to let go. What began as an unlikely friendship between an adolescent Viking and a fearsome Night Fury dragon has become an epic adventure spanning their lives. Welcome to the most astonishing chapter of one of the most beloved animated franchises in film history: How to Train Your Dragon: The Hidden World.

Now chief and ruler of Berk alongside Astrid, Hiccup has created a gloriously chaotic dragon utopia. When the sudden appearance of a female Light Fury coincides with the darkest threat their village has ever faced, Hiccup and Toothless must leave the only home they’ve known and journey to a hidden world thought only to exist in myth. As their true destinies are revealed, dragon and rider will fight together — to the very ends of the Earth — to protect everything they’ve grown to treasure. For How to Train Your Dragon: The Hidden World, series director Dean DeBlois returns alongside his all-star cast. The film is produced by Brad Lewis (Ratatouille, ANTZ) and Bonnie Arnold (Toy Story, How to Train Your Dragon, How to Train Your Dragon 2).

Sneak Peek of Universal Pictures’ First Man in IMAX at Ontario Place Cinesphere
TIFF fans will be the first moviegoers in Canada to journey to the moon and back with First Man, as Academy Award–winning director Damien Chazelle brings his highly anticipated, latest work to TIFF for a sneak-peek IMAX screening. Chazelle returns to TIFF for the third time this year, previously bringing his Academy Award–winning films Whiplash and La La Land to the Festival. With a special introduction by the director, TIFF will showcase this astonishing drama in glorious IMAX at Cinesphere — the world’s first permanent IMAX movie theatre — providing a larger-than-life experience for audiences to experience First Man to the fullest.

On the heels of their six-time Academy Award–winning smash La La Land, Oscar-winning director Damien Chazelle and star Ryan Gosling reteam for Universal Pictures’ First Man, the riveting story behind the first manned mission to the moon, focusing on Neil Armstrong and the decade leading to the historic Apollo 11 flight. A visceral and intimate account told from Armstrong’s perspective and based on the book by James R. Hansen, the film explores the triumphs and the cost — on Armstrong, his family, his colleagues, and the nation itself — of one of the most dangerous missions in history.

The 43rd Toronto International Film Festival runs from September 6 to 16, 2018. 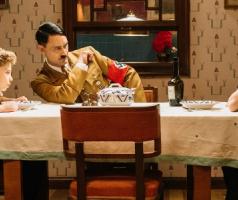 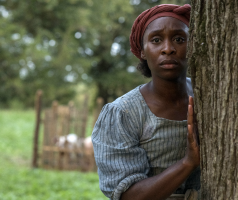 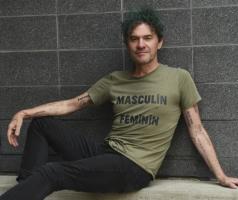 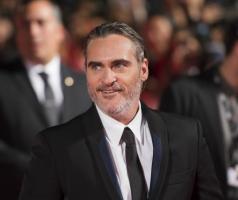 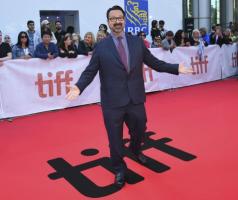