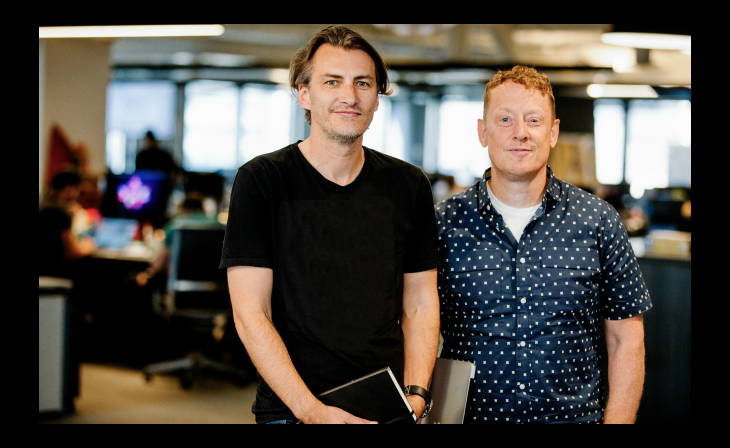 Derek Green (l) and John Hansa, co-executive creative directors of We Are Unlimited 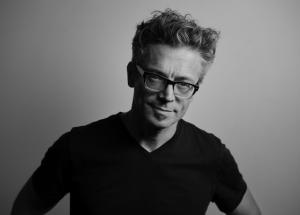 Brand experience agency Optimist has hired Toygar Bazarkaya to serve as global chief creative officer, a newly created role at the shop which was founded in Los Angeles and has since grown its footprint with offices in NY, London, Hamburg, Amsterdam, Berlin and Prague with a client roster than includes Nike, Google, Target, Skoda and Red Bull. Bazarkaya comes over to Optimist, now in its 10th year, from We Are Unlimited, DDB’s dedicated agency to the McDonald’s account, where he was CCO.

Taking the day-to-day creative reins at Chicago-based We Are Unlimited are co-ECDs Derek Green and John Hansa. They report to Ari Weiss, CCO of DDB North America, who will be leading the creative vision.

Bazarkaya contributed not only to We Are Unlimited cracking into the top 10 global agencies of the D&AD Awards but also helped DDB become Agency Network of the Year at The One Show after just two years on the job. Prior to that, he served as CCO for the Americas at Havas, integrating media, data, AI, digital and social in the creative process. Before that, he was at BBDO New York for six years leading global and national brands. Over the span of his career, he has led creative businesses for Mercedes-Benz, Visa, P&G, McDonald’s, Dos Equis, Wrigley, Campbell’s, HP and Major League Baseball, among others. He has won numerous awards and industry accolades, earning more than 30 Cannes Lions for 15-plus brands in 12 different categories.

Bazarkaya related, “What’s one meal you still remember from last year? Or the one movie you remember for decades now? I’m sure you think of both as an experience, not just a meal or a movie. Experiences make us feel something and they stay with us. Experiences can be anything, and Optimist is one of the best at creating them for brands. A brand experience has to have a strategic fit, have a great idea at its core and be able to express itself in any form, environment or platform. That’s what I love to do. Great brands understand the importance of it, the team at Optimist is the best at it, and I am excited to be part of it.”

We Are Unlimited released a statement which read in part, “Over two years and thousands of pieces of content, Toygar has been instrumental in shaping the McDonald’s brand story and We Are Unlimited as an agency. We appreciate all he’s done to create business impact and award-winning work on this iconic brand and wish him the best in his future.”

Derek Green, John Hansa
As for the present and future of We Are Unlimited, ECDs Green and Hansa now assume leadership roles. Hansa has been with We Are Unlimited from the outset in 2016, coming over from Leo Burnett Chicago where he was responsible for running creative for the McDonald’s business. He has extensive experience spanning assorted leading brands.

Green joined We Are Unlimited earlier this year as ECD. He had prior to that been an ECD at Ogilvy Sydney where he led creative across accounts such as AMEX, IBM, Lion Breweries, Nestle, Coca-Cola, Kimberly-Clark, Optus and Transport for NSW. Prior to his role at Ogilvy, Green served as SVP, ECD at Cramer-Krasselt in Chicago. He came to We Are Unlimited with a keen knowledge of the McDonald’s QSR (quick service restaurant) industry landscape. An industry vet, he’s done much 360 work for QSR brands like KFC.