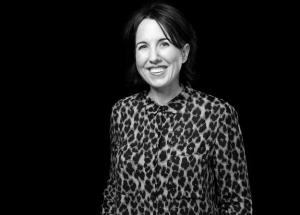 In a bid to increase ease of entry and diversity within the creative sector, 34 of the U.K.’s leading agencies have signed the Real Living Wage Pledge, an initiative which ensures everybody working in the sector will be paid a real living wage, including interns and those on work experience over the age of 18.

Spearheaded by independent creative agencies Creature and Wieden+Kennedy London, and supported by the the AAR, IPA, Oystercatchers, and Grey London’s Diversity Taskforce, the pledge helps to ensure that nobody should ever feel a career in the creative industry, which employs more than 2 million people and contributes almost £92bn (some $128 billion/US) to the U.K. economy, is unavailable to them for financial reasons.

Those who sign up to the Real Living Wage Pledge promise to pay everyone working for them or on their premises a real living wage of £10.20 (some $14.30/US) per hour in London and £8.75 ($12.25/US) elsewhere, whether they be cleaners, creatives or runners, permanent or freelance. This compares to the Government Living Wage of £7.50 ($10.50/US) per hour for those aged 25 and over.

Importantly, while all participating agencies will seek accreditation from the Living Wage Foundation (LWF) if they don’t already have it, the initiative includes adults on work experience and internships--areas not currently covered by the LWF’s accreditation.

Research has revealed 31% of university graduates working as interns are doing so for no pay, with numbers of unpaid internships doubling since 2010, with the monthly cost to an intern working in London averaging more than £1000 ($1,400/US).
Dan Cullen-Shute, CEO and co-founder of Creature, said: “Advertising, like so many industries, has a diversity problem--and, thankfully, there are a number of people working to fix that. In the past, we’d ask for relevant experience, and then too often not pay people when they’re trying to get it, which means the doors to our industry are shut to people who can’t afford to work for free.

“We’re enormously proud to be standing alongside a whole host of brilliant companies whose doors will now forever more be definitively open to everyone.”

Helen Andrews, managing director of Wieden+Kennedy London, said: “A simple thing we can all do to remove a barrier to entry to the industry is to ensure we pay people in entry level positions enough to live. As a minimum, we pay everyone who works on our premises the real living wage and are proud to help lead the pledge to help make the creative sector more accessible to all.”

Patrick Mills, director of membership and professional development at the IPA, added: “The IPA is delighted to add its support to the Real Living Wage Pledge, and proud to see so many of our member agencies signing up to a promise that will make a real, tangible difference to people trying to break into the industry.”