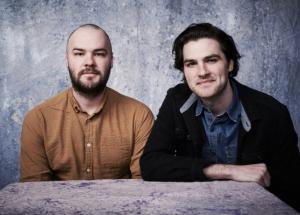 The Way Brothers’ debut film, The Battered Bastards of Baseball, premiered at the 2014 Sundance Film Festival where it was acquired by Netflix and released as one of its earliest original documentary films.

Charlie Leahy, co-founder and creative director at DBP Donut, said, “Mac and Chap are not only phenomenal directors but 100 percent natural storytellers. As soon as we met, we realized they would be a perfect fit for our team. We’re buzzing to get making stuff together.”

DBP Donut was launched in May 2017 by the Duplass brothers, Leahy and engagement director Nigel Lopez-McBean. The creative shop focuses on entertainment-led content creation for brands and short-form original content creation for platforms. DBP Donut has worked with the likes of Amazon, Lyft and Levi’s and is credited with being the first company to be commissioned by Snap/NBCU to create scripted original series for the platform. The Duplass brothers meanwhile are also known for their work spanning other varied disciplines, including TV and feature filmmaking.

Maclain Way said, “While we were editing Wild Wild Country, we met the DBP Donut team and immediately connected with their innovative approach to working with brands.  We’re so excited to continue to find some awesome partners and projects to work on together.”