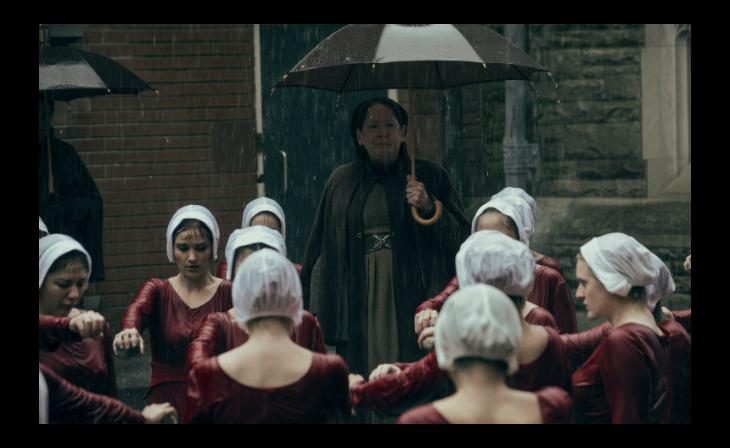 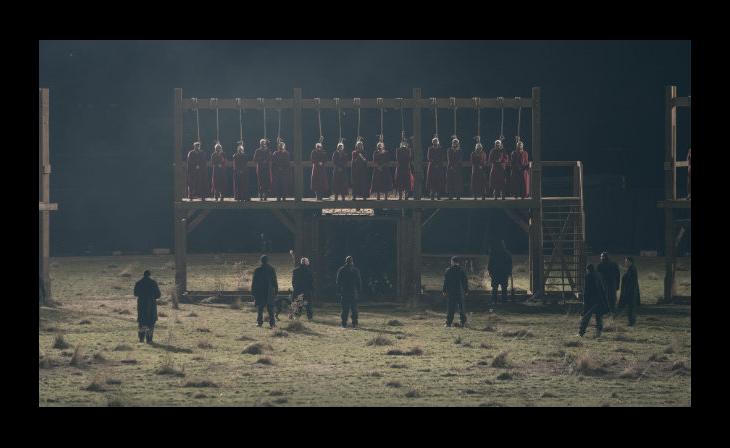 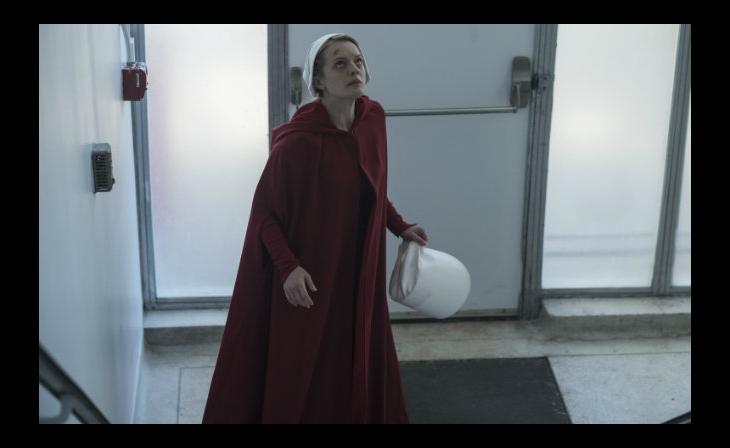 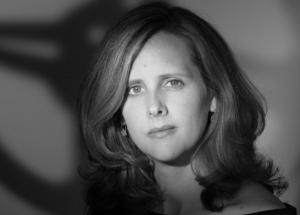 Wendy Hallam Martin’s work on The Handmaid’s Tale (Hulu) has yielded marquee industry recognition, including her first American Cinema Editors (ACE) nomination and win earlier this year for the “Offred” episode. And most recently, Martin scored her first career Emmy nom--which came in the Outstanding Single-Camera Picture Editing for a Drama Series category--on the strength of the pivotal “June” episode.

For Martin, The Handmaid’s Tale has required a re-think and reorientation relative to her editing approach. “This show cuts like no other show I’ve ever done before,” she assessed. “You cut for the emotion. You really have to know where June or Offred’s head is at a hundred percent of the time. You don’t cut it traditionally. You hang on shots a lot more than you normally would. You don’t always cut to reactions. It’s hard to put into words. You have to feel it. You have to have a gut reaction as to how it should be cut. You can end up hanging on a closeup most of the time. Or you cut wide. You don’t do overlapping dialogue. You throw out what you’ve learned over the years to show the emotion, to help evoke empathy.”

That certainly was the case with the “June” episode. “The first 10 minutes were extremely challenging,” related Martin. “You start with June in the van. There’s no dialogue for those first 10 minutes. We go through her range of emotions, starting with the hopefulness that she’s going to get away to doubting things will go well at all. The doors open and all hell is about to break loose. To get into her head, the editing is dictating what the scene needed to be--an out-of-body experience, surreal, you can’t believe it’s happening. And then we’re dragged onto a familiar field.”

That field is the iconic Fenway Park in Boston (actually shot in Hamilton near Toronto, using visual effects and CGI to get the Fenway look in a dystopian future). The deserted, dilapidated yet still recognizable Fenway Park was the site of an emotional turn of events. The handmaids are taken to the abandoned field where there are scaffolds from which hang nooses. A noose is put on the neck of individual handmaids and the nearby lever is pulled. But the drop is only minor, and the handmaids survive. It was a scare tactic engineered by Aunt Lydia in order to teach them a lesson they would never forget.

“It’s harrowing,” noted Martin. “Even though the viewer knows June is not going to die, you feel she is going to die. That comes from keeping a pace, experiencing through her eyes.”

Martin praised the vision of Margaret Atwood, author of the novel “The Handmaid’s Tale,” and series creator/showrunner/writer Bruce Miller. “Bruce has a no a-holes policy, bringing together talented, considerate people, which makes for great working collaborations and great work,” affirmed Martin.

Attesting to that greatness are the 20 Emmy nominations bestowed upon The Handmaid’s Tale this year.

At press time, Martin was cutting for season 2 of Godless and then plans on returning to The Handmaid’s Tale for season 3.

This is the 14th installment in a 15-part series that explores the field of Emmy contenders, and then nominees spanning such disciplines as directing, cinematography, producing, editing, music, production design and visual effects. The series will then be followed up by coverage of the Creative Arts Emmys ceremonies on September 8 and 9, and the primetime Emmy Awards live telecast on September 17.