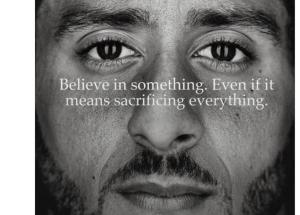 The International Academy of Digital Arts & Sciences (IADAS) has announced the winners of The 23rd Annual Webby Awards, with Wieden+Kennedy taking home the top honor of “Webby Agency of the Year.” With six Webby Awards and seven Webby People’s Voice Awards, including for Colin Kaepernick’s “Dream Crazy” Nike tweet, The Return of Colonel Sanders, and Dilly Dilly, Wieden+Kennedy earned more Webby Awards and nominations across all categories than any other agency this year.

“This year’s advertising Webby winners created campaigns that highlight some of the greatest challenges that our society faces today, and they used media and technology to do so in totally fresh, fun, and powerful ways,” said Claire Graves, Executive Director of the Webby Awards. “We’re thrilled to recognize their creativity and inspiration, and applaud them for bringing greater awareness to these causes.”

The Academy announced the first-ever Webby for Network of the Year. BBDO Worldwide took home the historic Webby Award, with the most pieces of celebrated work across all Webby categories. McCann Worldgroup and TBWA Worldwide were among those in close contention for Webby Network of the Year.

Hosted by actress and comedian Jenny Slate, The Webby Awards’ star-studded ceremony will take place in New York City on Monday, May 13, and will celebrate the best work on the Internet.

Highlights from this year’s winning campaigns include: