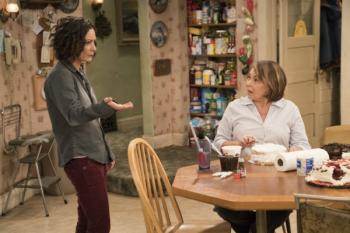 This image released by ABC shows Sara Gilbert, left, and Roseanne Barr in a scene from "Roseanne." (Greg Gayne/ABC via AP)

ABC, which canceled its "Roseanne" revival over its star's racist tweet, said Thursday it will air a Conner family sitcom minus Roseanne Barr this fall.

ABC ordered 10 episodes of the spinoff after Barr agreed to forgo any creative or financial participation in it, which the network had said was a condition of such a series.

In a statement issued by the show's producer, Barr said she agreed to the settlement to save the jobs of 200 cast and crew members who were idled when "Roseanne" was canceled last month.

"I regret the circumstances that have caused me to be removed from 'Roseanne,' she said, adding, "I wish the best for everyone involved."

The revival of the hit 1988-97 sitcom "Roseanne" was swiftly axed by ABC last month after Barr posted a tweet likening former Obama adviser Valerie Jarrett to a product of the Muslim Brotherhood and "Planet of the Apes."

Tom Werner, executive producer of the original series and the revival, said in the statement that he was grateful to reach the deal to keep the team working "as we continue to explore stories of the Conner family."

ABC said that the new series, with "The Conners" as its working title, will star John Goodman, Laurie Metcalf, Sara Gilbert and other "Roseanne" cast members.

How Barr's character, the family matriarch, will be erased from their life was left unexplained for now by ABC.

"After a sudden turn of events, the Conners are forced to face the daily struggles of life in Lanford in a way they never have before," the network said in its announcement.

The spinoff will continue to portray contemporary issues that are as relevant today as they were 30 years ago," ABC said, a nod to the show's unusual portrayal of a  blue-collar family.

The new show was ordered from producer Werner Entertainment without a pilot episode, the typical basis for a series to be greenlit.

Barr's tweet had been condemned by ABC Entertainment President Channing Dungey as "abhorrent, repugnant and inconsistent with our values."

Barr initially apologized and deleted the post, which had followed her pattern of making controversial statements on social media. Some observers questioned why ABC had ordered the revival given her history.

But the comedy's return was an instant smash for ABC, owned by the Walt Disney Co., and was counted on to lead the network's fortunes next season.

Its first new episode last March was seen by more than 25 million people, with delayed viewing counted in, numbers that are increasingly rare in network television. 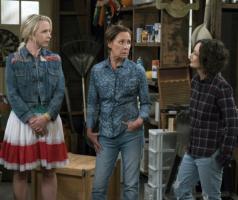 Can there be a "Roseanne" without Roseanne? The answer is yes, indeed. There can even be a pretty good sitcom. And you might not miss her that much. 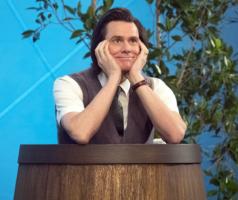 There's so much television to watch or pretend to watch — have you really followed all of wrenching "The Handmaid's Tale" or even heartwarming "This Is Us"? — the guru who coined the term "peak TV... 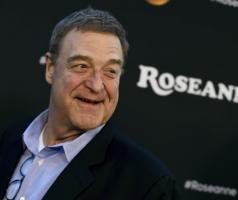 John Goodman is speculating that this fall's "Roseanne" spinoff will mean curtains for the matriarch played by Roseanne Barr.

In an interview with the Sunday Times of London, Goodman said... 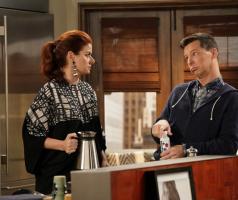 Television executives and many viewers love the idea of reviving series and ideas from the past. Emmy voters? Not so much. 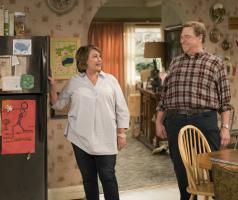 If "Roseanne" has a shot at Emmy honors, it's because television academy voters are willing to overlook Roseanne Barr's racist tweet that ended the revival after one triumphant season.