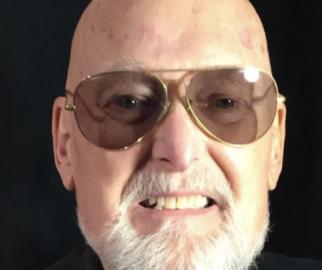 Denis Olsen, prolific artist on movies, television, theater and commercials, is set to receive the Art Directors Guild (ADG, IATSE Local 800) Scenic, Title and Graphic Artists Lifetime Achievement Award at the 24th Annual “Excellence in Production Design” Awards on Saturday, February 1, 2020, returning this year to the InterContinental Los Angeles Downtown in the Wilshire Grand Ballroom. This is the second of four Lifetime Achievement Awards to be announced by the Art Directors Guild.

“I am very fortunate to have known and worked with Denis for several decades. He is a wonderfully talented and very interesting man,” said Patrick DeGreves, Scenic, Title & Graphic Artists Council chair.

Olsen began his career as an art director at KCOP (Channel 13) in L.A. He worked for various studios and other entertainment companies for more than 40 years including Superior Backings as a scenic and sign painter, The Walt Disney Studios in More 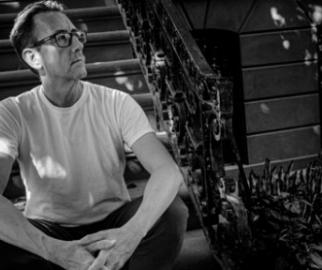 Editor Stephen Jess has joined Cut+Run. Belfast-born Jess began his career at The Mill London before moving to the U.S. where he honed his gift for storytelling.  He enjoyed successful tenures at Lost Planet and the Whitehouse before becoming a founding partner at WAX.  A longtime Brooklynite, his work has taken him around the world from Brazil to Japan. Based out of Cut+Run New York, he will be available on location and throughout the Cut+Run network.

Jess’ gift for uncovering authentic human moments shines through in his projects for Google, AT&T, Subaru, and American Express. He received wide acclaim for the feature documentary, Glass: A Portrait of Philip in Twelve Parts, directed by Academy Award®-nominated Scott Hicks. In addition to short and long-form narratives, Jess’ passion for portraits and storytelling is evident in his still photography. He finds inspiration at the International Center For Photography (ICP) and on the More 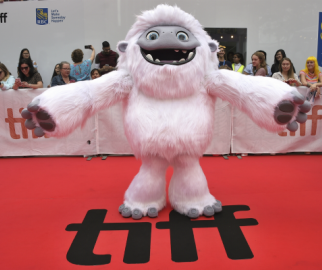 In this Sept. 7, 2019, file photo, the character Everest from the film "Abominable" appears on the red carpet on day three of the Toronto International Film Festival at Roy Thomson Hall in Toronto. Vietnam has pulled "Abominable" from theaters because the U.S.-Chinese-made animated movie showed a map supporting Chinese claims to the disputed South China Sea. (Photo by Evan Agostini/Invision/AP, File)
HANOI, Vietnam (AP) --

Vietnam has pulled "Abominable" from theaters because the U.S.-Chinese-made animated movie showed a map supporting Chinese claims to the disputed South China Sea.

The image in one scene showed the so-called nine-dash line, a vague and broken outline around the resource-rich waters China claims as its own territory. Those claims overlap with claims by Vietnam and other Asian governments, and an international tribunal in 2016 invalidated China's vast claims in a case brought by the Philippines.

"Abominable," the story of a Chinese girl who helps a yeti get back to its home on Mount Everest, is a collaboration between DreamWorks Animation and China-based Pearl Studio.

It was shown in Vietnamese cinemas for a week before its removal, the state-owned Tuoi Tre newspaper reported Monday.

"We will be more alert and more vigorous in censorship," the head of the government's cinema department, Nguyen Thu Ha, was quoted as saying. 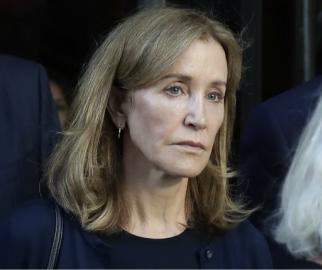 "Desperate Housewives" star Felicity Huffman — aka prisoner No. 77806-112 — reported Tuesday to a federal prison in California to serve a two-week sentence in a college admissions scandal that ensnared dozens of wealthy mothers and fathers trying to get their children into elite schools.

Huffman's husband, actor William H. Macy, dropped her off at the Federal Correctional Institution, Dublin, a low-security prison for women in the San Francisco Bay Area, according to TASC Group, which represents Huffman.

The prison has been described by media as "Club Fed," making its way onto a Forbes list in 2009 of America's 10 Cushiest Prisons.

Like all inmates, Huffman would be issued a prison uniform and underwear and referred to by her number once inside the prison, where she will share a room and open toilet with three other inmates, according to a TASC Group publicist who declined to be named in accordance with company policy. 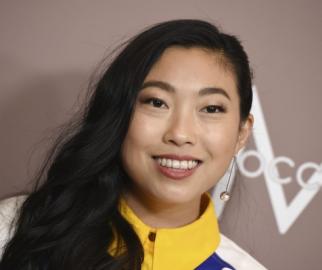 Jennifer Aniston, Ellen DeGeneres, Awkwafina and more stars overcame a dysfunctional teleprompter to toast one another and their charities at a women's luncheon Friday in Beverly Hills.

"I'm fine but Jen (Aniston) is freaking it back there," DeGeneres said as harried staff struggled to fix the broken screens that just a few minutes earlier had Awkwafina nervously winging it ("I can do a little tech support," she offered) before calling someone to just bring up her phone so she could read her speech manually.

But there's nothing like a few comedians to handle technological issues with grace and humor. Both had the crowd in stiches despite the minor chaos happening around them. 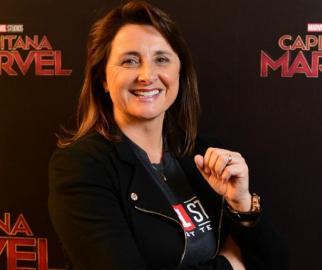 The Motion Picture Sound Editors (MPSE) will honor Victoria Alonso with its annual Filmmaker Award. As executive VP of production at Marvel Studios, Alonso has executive produced films within the Marvel Cinematic Universe that have garnered critical acclaim and amassed more than $20 billion worldwide including Avengers: Endgame, Captain America, Guardians of the Galaxy, Thor, Black Panther and Captain Marvel, as well as the upcoming Black Widow. She will receive the award at the 67th MPSE Golden Reel Awards ceremony January 19, 2020, in Los Angeles.

Alonso is among the most prominent Latino women in the entertainment industry and has been a leading voice for inclusiveness in Hollywood. “The MPSE is proud to recognize Victoria Alonso not only for her role in producing some of the most successful films of all time, but also as a champion for women, minorities, the LGBTQ community and others,” said MPSE president Tom More 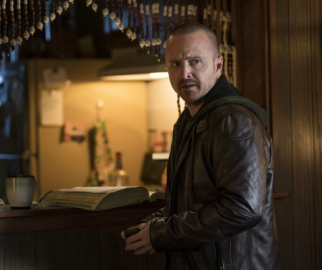 This image released by Netflix shows Aaron Paul in a scene from "El Camino: A Breaking Bad Movie." The film, a continuation of the “Breaking Bad” series that concluded on AMC in 2013, premieres Friday on Netflix. (Ben Rothstein/Netflix via AP)
By Jonathan Landrum Jr., Entertainment Writer
LOS ANGELES (AP) --

Aaron Paul's character in the popular series "Breaking Bad" was supposed to get killed off at the end of the first season. But producers had a change of heart after witnessing the strong chemistry between his Jesse Pinkman character and Bryan Cranston's Walter White in a pilot.

The decision to keep the story revolved around the duo for five seasons panned out for the series, which won several Golden Globe and Emmy awards. Paul won three supporting actor Emmys for his breakout portrayal of the overly emotional, loud-mouth and meth-taking Pinkman.

Now, Paul returns as Pinkman in the Netflix film "El Camino: A Breaking Bad Movie," which premieres Friday on the streaming service. The movie has cameos from some of the show's best characters.

"The dynamic between Walter and Jesse changed the whole dynamic of the series and my life," said Paul, who has gone on to star in the TV series "The Path" as well as the films "Need for Speed" and " More

Twitter says it mistakenly used the phone numbers and email addresses people provided for security purposes to show advertisements to its users.

The company said Tuesday that it "inadvertently" used the emails and phone numbers to let advertisers match people to their own marketing lists. Twitter is not saying how many users were affected.

The company also says that it did not share personal data with advertisers or other third parties. Twitter says it fixed the problem as of September 17.

Facebook settled with the Federal Trade Commission earlier this year over its privacy missteps. In addition to a $5 billion fine, the settlement included limits on how Facebook shares data with third parties.

Facebook also agreed not to use phone numbers given for security purposes to advertise to people. 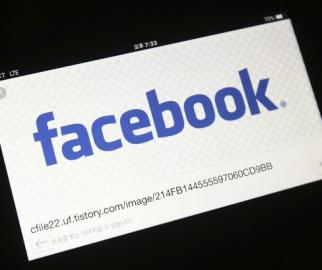 This Wednesday, March 21, 2018, file photo shows the Facebook logo on a smartphone in Ilsan, South Korea. Facebook has agreed to pay $40 million to advertisers who said it inflated the amount of time its users watched videos. (AP Photo/Ahn Young-joon, File)
OAKLAND, Calif. (AP) --

Facebook has agreed to pay $40 million to advertisers who said it inflated the amount of time its users watched videos.

The San Jose Mercury News says the California-based social media giant denied any wrongdoing in a lawsuit settlement. The settlement notice was filed Friday by the plaintiffs in Oakland federal court.

Advertisers sued Facebook in 2016 over user metrics that supposedly measured the average length of time consumers spent viewing posted video ads. The lawsuit said that the time was inflated by up to 900 percent and that helped convince advertisers to buy Facebook's video advertising services.

Facebook publicly acknowledged an error in the formula. The company denied allegations that its engineers knew about problems for more than a year and did nothing. 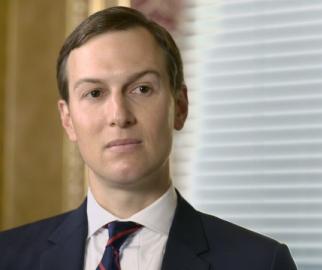 This image released by HBO shows Jared Kushner, a senior adviser to President Donald Trump, in a scene from the documentary series "AXIOS," returning for a four-episode season on Sunday, Oct. 20 on HBO. (HBO via AP)
NEW YORK (AP) --

"Axios on HBO" wraps up its second season with four new episodes that begin on Oct. 20.

Axios' daily newsletter concentrates on politics, business and technology with an emphasis on brevity, which producers Matthew O'Neill and Perri Peltz use as models for the TV show.

"We are a documentary news series," Peltz said. "It allows us a glimpse into a story or a person that you wouldn't traditionally have on a straight news broadcast."

HBO turned to Axios for a news series after its deal for a daily news show produced by Vice was not renewed.

O'Neill and Peltz both have a background in documentary work with HBO. O More