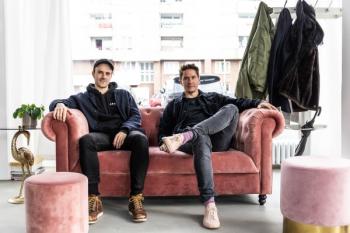 Director Andreas Roth and executive producer Daniel “Rocco” Kopecny have launched AKKURAT Studios, an international creative collective and production company hybrid. With more than a decade of advertising experience, founders and filmmakers Roth and Kopecny will serve, respectively, as creative director and managing director of the new venture. The German business partners will lead the company out of Berlin, with a satellite atelier in Los Angeles.

Plans call for AKKURAT to handle the U.S. for much of its talent in the near future, introducing filmmakers and creatives from Germany to broader worldwide markets. Several directors continue to have their own established representation such as Roth who directs spots in the U.S. via JOJX and in the U.K. through Riff Raff Films. Directors Bailly and Novemba have U.S. representation--the former via production house Caviar while Novemba’s roost is RESET Content.

AKKURAT will serve not only the playing fields of advertising and film production, but also as a creative haven for like-minded artists to develop new, longer, more personal creative content formats. Roth explained, “AKKURAT is about pushing national as well as international talent. A major aim in the near future will be to nurture young German talent and promote them internationally. Our eyes are set on a global vision, not one just siloed to Germany.”

Kopecny added, “AKKURAT focuses on the development of an ecosystem and not an ego system--we are a closely woven network of talented individuals whose goal is to provide creative solutions to the many content channels. The bonus of us being a director/producer-driven company is that we definitely have a different look on projects and our creative talent.”

Roth began his directing career at 21, and quickly gained momentum with a film for Dirt Devil that went viral, accumulating over 30 million views on Vimeo and garnering an AICP Show honor which placed the piece in the permanent collection at the Museum of Modern Art in NYC. He is a two-time winner of the Young Director Award in Cannes, and earned slots in the 2011 Saatchi & Saatchi New Directors Showcase, and the 2012 SHOOT New Directors Showcase. His work has received numerous other accolades and shortlists including Cannes Lions, D&AD, ADC, Epica, and Eurobest.

Kopecny started his career with an internship at Wim Wenders’ production company after withdrawing from school. Kopecny climbed the film production ranks by paying his dues and working his way up to becoming an in-demand freelance producer, collaborating with all major directors and production companies worldwide. Over the course of a decade, his work spans such brands as Mercedes-Benz, Audi, BMW, KIA, Ford, FIAT, L’Oréal, Garnier and Nike as well as celebs including Robert De Niro, Chuck Norris, Roger Federer, and Bastian Schweinsteiger.

Ahead of its official launch, AKKURAT has already turned out notable work, including projects for Jung von Matt and Swiss luxury brand Bucherer, Snoh Allegra, and Mercedes Benz F1’s summer and winter campaigns for antoni garage.  Just a week ago, AKKURAT completed shooting in Cape Town for NIVEA. Upcoming, the company is charged with a campaign for a supermarket client and two directors are currently shooting passion projects.

The firm’s moniker AKKURAT is a nod to the German word for accuracy, incorporating the company’s credo for preciseness, perfection, and high-quality in projects it produces.

“Overall we’d like to broaden our horizons and work with global brands and clients.  We want to create meaningful and interesting work--regardless of the medium,” said Roth. “In whatever format we consume the media, the common denominator is the desire to be entertained. As a filmmaker, this is a driving force in our actions to create entertainment that inspires, teaches, and is socially relevant. Good work has to be relatable to the world -- be it a documentary, a music video, or a photo -- and by creating AKKURAT Studios, our goal is for the work to reach people and for it to serve as a catalyst to ultimately move them.”