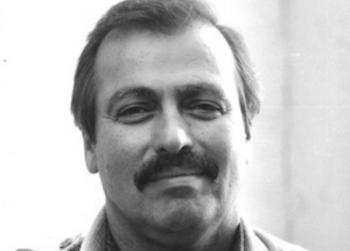 Paull’s distinctive design style can be seen in a wide variety of films including director Robert Zemeckis’ top-grossing movies Back to the Future (which earned Paull a second BAFTA Film Award nomination) and Romancing the Stone, and Ron Underwood’s City Slickers.

Paull was born in Chicago on April 13, 1938. He received a B.A. in Architecture from the University of Arizona and began working in films as a set designer and art director before advancing to production designer.

Following his retirement from the motion picture industry, Paull used his extensive knowledge to help future filmmakers. In 2004 he joined Chapman University in Irvine, Calif., where he created and taught a new curriculum that is required for a Masters of Fine Arts degree in Production Design.

Prior to Chapman University, Paull was sr. filmmaker-in-residence at the American Film Institute in Los Angeles creating the curriculum required for a Master of Fine Arts degree in Production Design. He designed syllabi and worked with the adjunct faculty on the format and content of each and every course that was taught in the Production Design discipline.

He has also been a guest speaker at Harvard University, USC, UCLA, Catholic University and the University of Arizona.

In lieu of flowers, the family has requested donations be made in Paull’s memory to the charity of your choice. There will be no services.