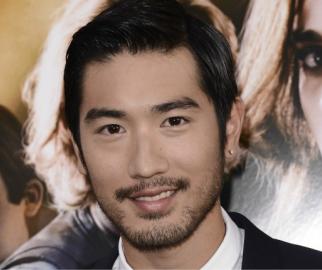 In this August 12, 2013, file photo, actor Godfrey Gao arrives at the world premiere of "The Mortal Instruments: City of Bones" at the ArcLight Cinerama Dome in Los Angeles. (Photo by Dan Steinberg/Invision/AP)
HONG KONG (AP) --

Taiwanese-Canadian model-actor Godfrey Gao has died after suffering an apparent heart attack while on set in China.

Gao was filming a sports reality show in the eastern Chinese city of Ningbo on Wednesday when he died. His agency, JetStar Entertainment, confirmed his death on its official Facebook page.

The 35-year-old was filming "Chase Me," a Chinese variety series, when he reportedly fell while running. He was rushed to a hospital where he was pronounced dead, according to his agency.

The Taiwan-born Gao initially rose to fame by becoming the first Asian male model for the luxury brand Louis Vuitton. He acted in numerous television dramas and movies, including a role in the Hollywood film "The Mortal Instruments: City of Bones."

His body will be transported Wednesday to Taipei, Taiwan's capital. 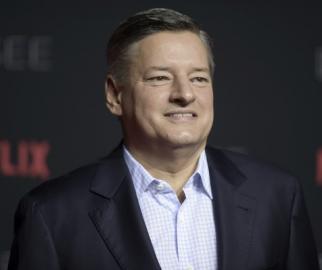 The streaming platform on Monday announced a lease agreement to keep the Paris Theatre open for special events, screenings and theatrical releases.

Netflix's Chief Content Officer Ted Sarandos says in a statement that the company is "incredibly proud to preserve this historic New York institution so it can continue to be a cinematic home for film lovers."

The theater located near Central Park shuttered its doors in August and was reopened in October after Netflix announced it will screen Noah Baumbach's new movie, Marriage Story, for a limited time.

The 581-seat venue opened in September 1948 and originally specialized in showing French films.

It is known as one of the oldest art-house theaters in the country. 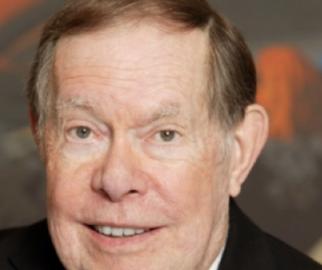 Syd Mead, the “visual futurist” and concept artist known for his design contributions to science-fiction films such as Star-Trek: The Motion Picture, Aliens, and Blade Runner, has been named the recipient of the William Cameron Menzies Award from the Art Directors Guild (ADG, IATSE Local 800). The award recognizes his innovative neo-futuristic concept artwork on numerous legendary movies. Presentation of the honor will be made at the ADG’s 24th annual Excellence in Production Design Awards ceremony on Saturday, February 1, 2020, at the InterContinental Los Angeles Downtown.

“Syd Mead has played a pivotal role in shaping cinema with his unique ability to visualize the future. His visions and illustrations of future technological worlds remain as a testament to his vast imagination. Mead is one of the most influential concept artists and industrial designers of our time. To honor Syd Mead with the coveted ADG William Cameron More 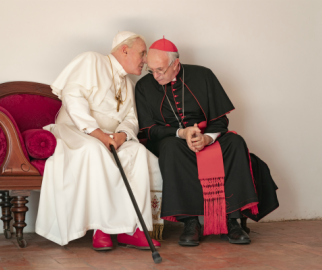 Jonathan Pryce as Cardinal Bergoglio, right, and Anthony Hopkins as Pope Benedict in a scene from "The Two Popes." AARP, the organization for retired persons, has released nominations for its annual Movies for Grownups awards, which is designed to reward films that resonate with older viewers and fight industry ageism. AARP The Magazine on Tuesday, Nov. 26, 2019 nominated “A Beautiful Day in the Neighborhood,” “Bombshell,” “Little Women,” “Marriage Story,” “Once Upon a Time in Hollywood,” “The Farewell,” “The Irishman” and “The Two Popes” for the best picture/best movie category. (photo by Peter Mountain/courtesy of Netflix)
By Mark Kennedy, Entertainment Writer
NEW YORK (AP) --

A new batch of film nominations are out from an influential media organization — but superhero flicks and "Frozen 2" need not apply.

AARP has released nominations for its annual Movies for Grownups awards, which is designed to reward films that resonate with older viewers and fight industry ageism.

AARP The Magazine on Tuesday nominated "A Beautiful Day in the Neighborhood," "Bombshell," "Little Women," "Marriage Story," "Once Upon a Time in Hollywood," "The Farewell," "The Irishman" and "The Two Popes" for the best picture/best movie category. 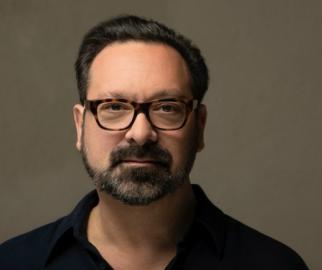 Mangold is an Oscar-nominated writer and director whose work defies easy categorization. Leapfrogging from Sundance indie to cop noir, psychological drama to romantic fantasy, pulp horror to musical biopic, traditional western to round the world caper, two films starring a beloved Marvel hero, and now, with his 10th feature, Ford v Ferrari, Mangold continues to expand his repertoire while keeping constant the humanist themes, intimate moving performances, striking imagery and staging that have come to define and unify his work. Award-winning films Mangold has written and directed include Heavy, Cop Land, Girl Interrupted, Walk the Line, 3:10 to Yuma, and Logan.

“The Cinema Audio Society is delighted to honor James Mangold.  His ability to create More 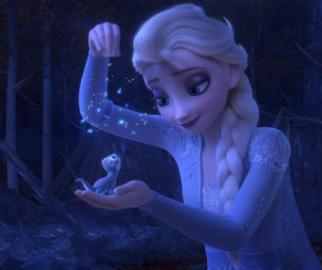 This image released by Disney shows Elsa, voiced by Idina Menzel, sprinkling snowflakes on a salamander named Bruni in a scene from the animated film, "Frozen 2." (Disney via AP)
NEW YORK (AP) --

The record-breaking weekend debut of "Frozen 2" has lifted U.S. movie theater stocks out of a year-long freeze.

Movie theater companies have struggled to grow in recent years as streaming services like Netflix produce their own content as well as offer libraries of films that viewers can watch in the comfort of their own homes. Apple and Disney recently joined the streaming party, offering their own monthly subscription-based content.

"Frozen 2" raked in $127 million debut domestically and $350.2 million worldwide this weekend, according to studio estimates. It was enough to boost shares in Cinemark Holdings, Marcus Corp. and Cineworld Group Monday morning.

Shares of AMC, based in Kansas, have lost nearly one-third of their value this year. Cinemark and Cineworld are both down more than 10% in 2019.
More 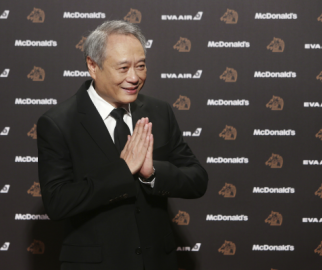 Beijing's order to give Saturday night's awards show the cold shoulder was part of its campaign to rachet up economic and political pressure on the island it claims as its own territory.

Speaking to reporters Saturday night, Lee said politics was "an aspect we do not want to see. But we have to face it, because we live in this world."

"Everybody knows it, it is indeed a loss, no matter the red carpet or the films," said Lee, the festival's chair. "But of course, our best films, I personally think that they are not less good than the previous years. We still have very good films this year."

Even without the ban, Chinese artists might have found it difficult to attend after More 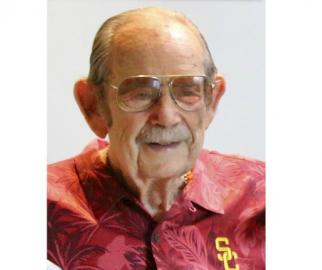 Marks passed away Nov. 13 at his home in Woodland Hills, California, his son Paul said Saturday.

"My brother and I learned everything about the film industry from my father," said Paul Marks, who is a TV producer. "He was a pillar of the industry. He taught us the morals of the industry and how to treat people."

Arthur Marks' grandparents and parents worked in the film business, and he grew up in it.

Marks was the director and producer of 80 episodes of "Perry Mason." He also directed episodes of the TV shows "I Spy," "Mannix" and "The Dukes of Hazzard."

He made several films aimed at black audiences in the 1970s. They include "Detroit 9000," which was re-released in theaters in 1998 by Quentin Tarantino, and two films starring actress Pam Grier: "Friday More 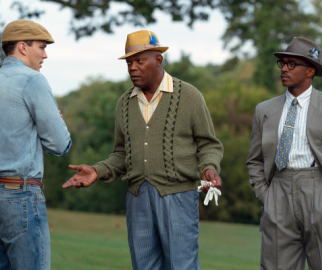 This image released by Apple TV Plus shows, from left, Nicholas Hoult, Samuel L. Jackson and Anthony Mackie in a scene from “The Banker." (Apple TV Plus via AP)
By Anthony McCartney, Entertainment Writer
LOS ANGELES (AP) --

A person familiar with the plans who was not authorized to discuss them publicly confirmed Friday that the film's Dec. 6 release was being delayed.

The delay comes days after Apple canceled the film's premiere at the AFI Fest in Los Angeles, citing unspecified concerns about the movie and saying it needed time to review them.

The Hollywood Reporter published a story Wednesday that said the premiere was canceled after two relatives of Bernard Garrett Jr., who is a co-producer on the film, accused him of molesting them when they were girls.

Attempts to reach Garrett Jr. at several phone numbers listed to him were unsuccessful Friday.

The film is based on the life of Garrett's father, Bernard, who in the 1950s and '60s recruited a white man to pose as the face of his More 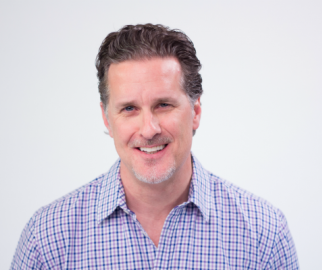 Crazy Legs Productions, a producer of reality, true crime, sports programming, and branded entertainment, has launched a narrative feature film division, Crazy Legs Features. The company has plans to release between four and six films for theatrical and digital distribution per year.

Crazy Legs Features is already in pre-production on several projects, with its first film, Front Row Killer, having just begun principal photography. The female-driven thriller will star Brooke Butler (Ozark), Teressa Liane (Vampire Diaries and Into the Badlands), and Ryan Cooper (Eye Candy). Front Row Killer also marks the feature directorial debut of Marguerite Henry (EP on Her Dark Past and Seduced), who serves as a writer on the project.