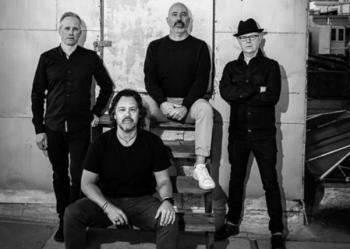 MADE-SF, a creative studio offering editorial and other services, has launched in San Francisco. Executive producer Jon Ettinger, editor/director Doug Walker, and editors Brian Lagerhausen and Connor McDonald, all formerly of Beast Editorial, are partners in the new venture, which aims to provide agencies and brands with flexible, streamlined solutions for producing advertising and other content. Along with creative editorial, the company will provide motion graphic design, color correction and editorial finishing. Eventually, it plans to add concept development, directing and production to its mix.

MADE’s partners are drawing on their editorial expertise to build a platform that will give them the flexibility to work across many media, tailor services to individual projects, and provide the turnkey solutions that advertising clients are seeking. “Clients today are looking for creative partners who can help them across the entire production chain,” said Ettinger. “They need to tell stories and they have limited budgets available to tell them. We know how to do both, and we are gathering the resources to do so under one roof.”

MADE’s launch is also motivated by the partners’ desire to broaden their creative horizons. “It gives us a structure where we can form strategic alliances and collaborate with each other and with outside creatives,” noted Walker. “It’s a chance to apply our skills in new ways and create interesting content.”

MADE is currently set up in interim quarters while completing construction of permanent studio space. The latter will be housed in century-old structure in San Francisco’s North Beach neighborhood and will feature five editorial suites, two motion graphics suites, and two post-production finishing suites with room for further expansion.

The four MADE partners bring deep experience in traditional advertising and branded content, working both with agencies and directly with clients. Ettinger and Walker have worked together for more than 20 years and originally teamed up to launch FilmCore, San Francisco. Both joined Beast Editorial in 2012. Similarly, Lagerhausen and McDonald have been editing in the Bay Area for more than two decades. Collectively, their credits include work for top agencies in San Francisco and nationwide. They’ve also helped to create content directly for Google, Facebook, LinkedIn, Salesforce and other corporate clients. “We have deep roots in the Bay Area and strong client relationships,” said Lagerhausen. “We look forward to, not just maintaining those relationships, but deepening them and exploring them in new directions.”

MADE is indicative of a trend where companies engaged in content development are adopting fluid business models to address a diversifying media landscapes, and where individual talent are no longer confined to a single job title. Walker, for example, has recently served as director on several projects, including a series of short films for Kelly Services, conceived by agency Erich & Kallman and produced by Caruso Co.

“People used to go to great pains to make a distinction about what they do,” Ettinger observed. “You were a director or an editor or a colorist. Today, those lines have blurred. We are taking advantage of that flattening out to offer clients a better way to create content.”