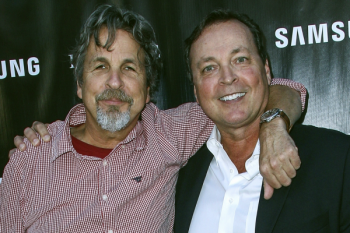 In this Aug. 10, 2015 file photo, Peter Farrelly, left, and Bobby Farrelly attend The Project Greenlight Season 4 premiere of "The Leisure Class" at The Theatre At The Ace Hotel in Los Angeles. The Boston-based Ruderman Family Foundation said Wednesday, Dec. 4, 2019, that the brothers are recipients of its sixth annual Morton E. Ruderman Award in Inclusion for pressing Hollywood to do a better job of casting and portraying people with disabilities. (Photo by Paul A. Hebert/Invision/AP, File)

Neither Farrelly nor his brother, Bobby Farrelly, the director of 1998's "There's Something About Mary," fits that description. Both are being recognized for pressing Hollywood repeatedly and publicly to do a better job of casting and portraying people with disabilities.

The Boston-based Ruderman Family Foundation, a leading voice in calling for more opportunities for the disabled, said Wednesday the brothers are the recipients of its sixth annual Morton E. Ruderman Award in Inclusion.

The foundation told The Associated Press it picked the Farrellys for their outspoken efforts to make movies more inclusive and authentic. They'll be presented with the award next spring.

"When you tell a story, you want it to take place in a real world — and it's not a real world if they don't include everybody," said Peter Farrelly, who co-wrote and directed "Green Book," which won Oscars for best picture and best original screenplay.

Bobby Farrelly recalled how the brothers played with children with disabilities in the neighborhood where they grew up in Cumberland, Rhode Island, just over the border from Massachusetts.

"They made us laugh. They were our friends," he said in a videotaped message.

"And so when we started making movies, we thought, why wouldn't we include people with disabilities in the movies — in the stories that we tell — because they are a part of our life."

The brothers have collaborated on other hit films including "Dumb and Dumber," "Me, Myself & Irene" and "The Heartbreak Kid."

Ruderman says its research shows that only 5% of the characters on top TV shows are played by actors with disabilities. In reality, Peter Farrelly says, 20% of the U.S. population has some kind of disability.

It says Hollywood, meanwhile, frequently depicts people with disabilities in a way that "perpetuates misconceptions and stereotypes."

The foundation works for more inclusion and opportunities for the disabled. Previous recipients of its award include Olympic swimming champion Michael Phelps, Oscar-winning actress Marlee Matlin and former Democratic U.S. Sen. Tom Harkin, of Iowa, a driving force behind the Americans with Disabilities Act.

"Despite its immense potential for leadership in inclusion, social justice and civil rights, Hollywood has for far too long left disability out of the conversation about diversity. But changemakers like the Farrelly brothers are indispensable players in efforts to shift the conversation," foundation president Jay Ruderman said.

Actor Dwayne "The Rock" Johnson, a member of the foundation's board, also has been calling for Hollywood to cast more actors with disabilities. 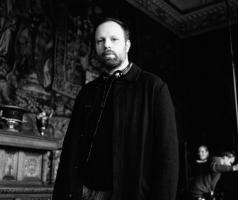 The awards season norm has seen the nearly annual emergence of at least one difference between the Best Director Oscar and DGA Award nominee lineups. In only five of the 71 years of the DGA Awards... 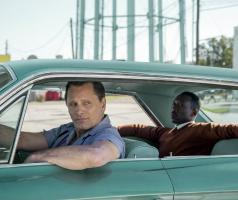 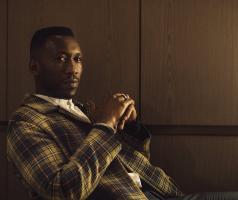 Mahershala Ali's life changed in more ways than one the week of the 2017 Oscars. Four days before he won best supporting actor for his performance in "Moonlight," his wife, Amatus-Sami Karim, gave... 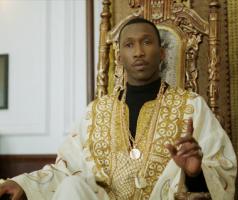 If there is a big studio movie that's more generally crowd-pleasing than "Green Book " this season, I have yet to find it. In this landscape of challenging, provocative, edgy films, Viggo... 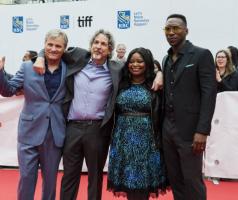