Cutting Aboard The "USS Callister"; Reflections On "Black Mirror" 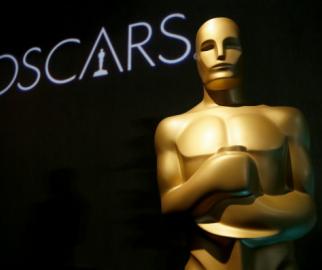 In this Feb. 4, 2019 file photo, an Oscar statue appears at the 91st Academy Awards Nominees Luncheon in Beverly Hills, Calif. The Oscars will not have a host for its annual awards show. (Photo by Danny Moloshok/Invision/AP, File)
By Beth Harris
PASADENA, Calif. (AP) --

Last year's ceremony attracted 29.6 million viewers, the second-smallest in Oscars history but 12% more than in 2018, which ended a four-year slide in viewership. Comedian Kevin Hart was originally announced as host, but he backed away when some anti-gay tweets he posted a decade ago resurfaced.

ABC and the Academy of Motion Picture Arts and Sciences agreed to go hostless for a second straight year, Burke said.

"We expect that we're going to have a very commercial set of nominations," Burke told a TV critics meeting Tuesday, "and a number of elements have come together that convinced us we'll have a very entertaining show."

Nominations will be announced on Monday. 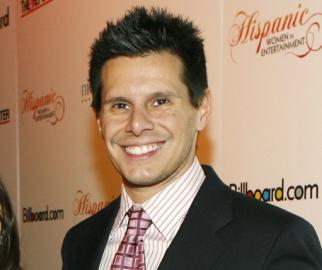 Award-winning producer Silvio Horta, who was acclaimed for creating the hit series "Ugly Betty" with actress Salma Hayek, has died. He was 45.

The Miami-Dade County Medical Examiner said Wednesday that based on the investigation Horta died by suicide at a Miami hotel on Tuesday.

The Cuban-American producer and screenwriter is credited for breaking ground for Latinos and gays in Hollywood with a show about a Mexican-American woman who arrives for her first day working at a New York fashion magazine in a poncho. The sitcom made actress America Ferrera a star.

Ferrera and others in the entertainment industry, including singer and actress Vanessa Williams, mourned his death on social media.

"His creativity and passion will be missed by so many of us that worked with him," Williams tweeted.

Horta's family said in a statement that "Silvio touched the lives of millions," but he had an ongoing struggle with addiction and More 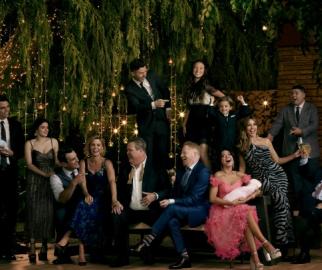 The ABC comedy "Modern Family" will air its series finale after 11 seasons on April 8, the network announced on Wednesday.

The series following the extended Pritchett-Dunphy clan was an immediate sensation upon its 2009 debut. It holds the record with "Frasier" of five consecutive Emmy Awards as television's best comedy.

Co-creators Steven Levitan and Christopher Lloyd have been with the series since its beginning, along with the ensemble cast. The cast includes Sofia Vergara, Ed O'Neill, Julie Bowen and Jesse Tyler Ferguson.

Prior to the finale, ABC is presenting a fan-curated tribute on March 11. ABC will kick off the night in prime time with the series' very first episode, followed by favorite episodes that fans get to vote on next month. 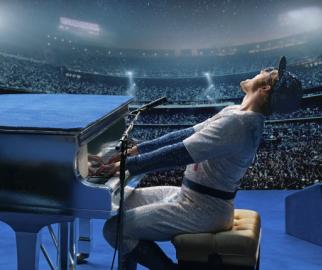 The International Cinematographers Guild (ICG, IATSE Local 600) Publicists announced the nominees for the Maxwell Weinberg Award for Motion Picture Publicity Campaign to be presented at the 57th Annual ICG Publicists Awards on Friday, February 7, at The Beverly Hilton Hotel. The award honors active members working on motion pictures whose achievements in publicity and promotion during the previous calendar year are deemed outstanding. More than 800 industry leaders are expected to attend this year’s luncheon, which traditionally occurs the week leading up to the Academy Awards®.

“This year’s nominated campaigns are diverse and creative, covering the spectrum from superhero, comedy, drama, horror and musical. Congratulations to the teams of publicists who orchestrated and implemented these exceptional and successful strategic campaigns bringing people into theaters around the world,” said Tim Menke, ICG Publicists Awards chair.

Taylor Swift, Janet Mock to be honored by GLAAD 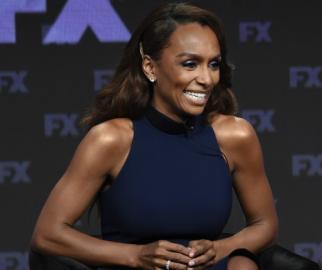 In a Tuesday, Aug. 6, 2019 file photo, Janet Mock, left, co-executive producer/writer/director on the FX series "Pose," takes part in a panel discussion during the 2019 Television Critics Association Summer Press Tour, in Beverly Hills, Calif. Taylor Swift and writer-director-producer Janet Mock will be honored at the GLAAD Media Awards for their advocacy for LGBTQ issues. Swift has been an outspoken proponent of the Equality Act and her video for her hit “You Need To Calm Down” featured prominent LGBTQ celebrities. The pop star will get the Vanguard Award during the ceremony in Los Angeles in April. Mock writes and directs on the FX series “Pose.” She will receive the Stephen F. Kolzak Award, presented to a LGBTQ media professional.(Photo by Chris Pizzello/Invision/AP, File)
LOS ANGELES (AP) --

Taylor Swift and writer-director-producer Janet Mock will be honored at the GLAAD Media Awards for their advocacy for LGBTQ issues.

They will be honored at the GLAAD Media Awards in Los Angeles on April 16.

Swift has been outspoken proponent for the Equality Act, which would prohibit discrimination based on sex, gender or sexual orientation in a wide variety of areas. Her video for her hit "You Need To Calm Down"also featured prominent LGBTQ celebrities and mocked those who were against gay marriage.

Mock, who wrote a book about her life as a transgender woman, is a writer and director for Ryan Murphy's "Pose," about 1980s More 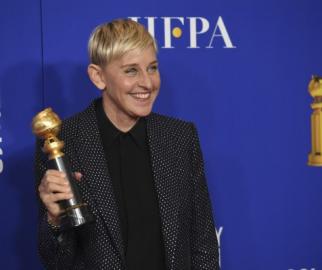 In a Sunday, Jan. 5, 2020 file photo, Ellen DeGeneres, winner of the Carol Burnett award, poses in the press room at the 77th annual Golden Globe Awards at the Beverly Hilton Hotel, in Beverly Hills, Calif. “The Masked Singer” has been such a hit for Fox that the network is doubling down on hidden entertainers. Fox says it's joining with Ellen DeGeneres to produce “The Masked Dancer,” a celebrity competition show based on “The Masked Singer” and a segment that DeGeneres originated on her talk show. (AP Photo/Chris Pizzello, File)
PASADENA, Calif. (AP) --

"The Masked Singer" has been such a hit for Fox that the network is doubling down on hidden entertainers.

Fox said Tuesday that it is joining with Ellen DeGeneres to produce "The Masked Dancer," a celebrity competition show based on "The Masked Singer" and a segment that DeGeneres originated on her talk show. Contestants will perform unique dances while covered from head to toe in elaborate costumes and face masks, leaving audiences to guess their identities.

"This is gonna be just as fun and suspenseful as 'The Masked Singer,' with a lot more krumping," DeGeneres said in a statement, referring to a style of street dancing, "and I cannot wait!"

Meanwhile, Jamie Foxx will join "The Masked Singer" as a guest panelist along with regulars Ken Jeong, Jenny McCarthy, Nicole Scherzinger and Robin Thicke and host Nick Cannon for the show's third season premiere on Feb. 2 after the Super Bowl.

The show will take its regular time slot More

Facebook says it is banning "deepfake" videos, the false but realistic clips created with artificial intelligence and sophisticated tools, as it steps up efforts to fight online manipulation.

The social network said late Monday that it's beefing up its policies to remove videos edited or synthesized in ways that aren't apparent to the average person, and which could dupe someone into thinking the video's subject said something he or she didn't actually say.

Created by artificial intelligence or machine learning, deepfakes combine or replace content to create images that can be almost impossible to tell are not authentic.

"While these videos are still rare on the internet, they present a significant challenge for our industry and society as their use increases," Facebook's vice president of global policy management, Monika Bickert, said in a blog post.

However, she said the new rules won't include parody or satire, or More 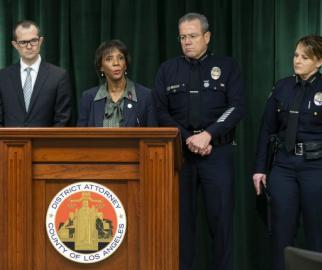 Los Angeles prosecutors charged Harvey Weinstein on Monday with sexually assaulting two women on successive nights during Oscars week in 2013, bringing the new case against the disgraced Hollywood mogul on the eve of jury selection for his New York trial.

The case, brought by a task force set up by the Los Angeles County district attorney to investigate sex-crime allegations against entertainment figures, now puts Weinstein in deep legal peril on both coasts, where he built a career as the one of the most powerful — and feared — figures in show business before a barrage of accusations from more than 75 women led to his downfall and ignited the #MeToo movement.

Weinstein, 67, was charged with raping a woman at a Los Angeles hotel on Feb. 18, 2013, after pushing his way inside her room, then sexually assaulting a woman in a Beverly Hills hotel suite the next night. He could get up to 28 years in prison on charges of forcible rape, forcible More 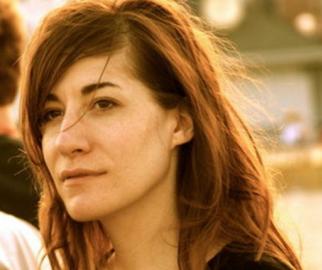 Film Independent announced the winners of its four filmmaker grants at the annual Spirit Awards Nominee Brunch held at BOA Steakhouse in West Hollywood on Saturday (1/4). Director and Project Involve Fellow Jon M. Chu (In the Heights, Crazy Rich Asians) and actor and Spirit Award nominee Alfre Woodard (Clemency) co-hosted the event and handed out the honors. Winners for the remaining categories will be revealed at the 2020 Film Independent Spirit Awards on Saturday, February 8. The Spirit Awards are the primary fundraiser for Film Independent’s year-round programs, which cultivate the careers of emerging filmmakers and promote diversity in the industry. The awards ceremony will be broadcast live exclusively on IFC at 5pm ET/2pm PT.

Kelly Reichardt received the third Bonnie Award, named after Bonnie Tiburzi Caputo who joined American Airlines in 1973 at age 24, becoming the first female pilot to fly for a major U.S. airline. In More 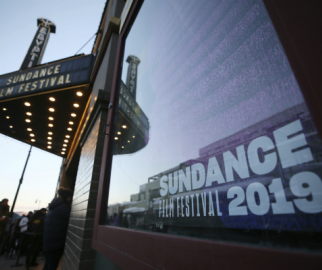 In this Friday, Jan. 25, 2019, file photo, shows the sun rise outside the Egyptian Theatre on Main Street before a morning premiere during the 2019 Sundance Film Festival, in Park City, Utah. Sundance Film Festival officials are trying to increase diversity among media covering the annual event in Park City by paying travel costs for about 50 journalists who are women, LGBTQ, minorities or have disabilities. The program has become so popular nearly 320 people applied this year. (Photo by Danny Moloshok/Invision/AP, File)
SALT LAKE CITY, Utah (AP) --

For this year's festival, 51 journalists were selected out of a pool of 319 applicants to receive travel stipends provided in the program, The Salt Lake Tribune reports. The chosen writers are women (61%), LGBTQ (49%), minorities (84%) and people with disabilities (25%).

Sundance officials created the Press Inclusion Program in 2018 after a study by USC Annenberg's Inclusion Initiative that two-thirds of movie critics were white men.

Movie blogger Rendy Jones was among the participants in the inaugural program last year. The 21-year-old black and nonbinary writer from New York called it an "amazing" experience and the highlight of his year.