Authorities in south Georgia say a woman working with a film crew has been struck and killed by a train while making a biopic about musician Gregg Allman.

Wayne County Sheriff's Detective Joe Gardner tells WSAV-TV it happened after the crew had placed a mattress on a set of railroad tracks in Doctortown while filming the movie "Midnight Rider."

Gardner says the crew was affiliated with a Savannah-based production company. Studio representatives were unavailable for comment Thursday.

Sheriff's officials haven't released the woman's identity, and officials from CSX rail company say they're working with authorities on the investigation. 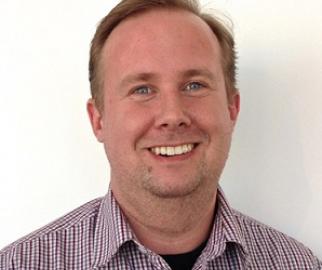 Elliott joins Flavor from Utopic, where he was director of finishing. Prior to that, he held staff positions with Red Car, Chicago, and Optimus. Among his credits are the Esurance spot that debuted during the 2014 Super Bowl, as well as McDonald’s 2013 Super Bowl spots and others for Anheuser-Busch, Jeep, Miller Lite, Nintendo and Reese’s.  His documentary “The River to River Run” was honored by The Academy of Television Arts and Sciences College Awards for Best Documentary, and the animated short “Stubble Trouble” he edited for Calabash Animation was nominated for the Best Animated Short Oscar in 2001.  His documentary credits also include the National Endowment for the Arts’ Big Read Series.

Creative agency David&Goliath (D&G) has appointed Chip Waters as associate creative director and Peter Johnston as digital account supervisor. Both will be based in the agency’s L.A. office.

Waters will report to Angelo and Colin Jeffery, executive creative director/managing partner. Waters’ primary client focus will include Kia and California Lottery. Prior to D&G, Waters spent six years as a copywriter at Venables Bell & Partners, where he helped Audi launch its TDI series in America. He also helped create a campaign for The Meth Project that was directed by Oscar-winning director Darren Aronofsky. More recently, Waters was a copywriter at twofifteenmccan, where he worked on creative campaigns for Xbox and Hewlett Packard.

At D&G, Johnston will supervise digital initiatives for The Art Institutes. He will report directly to Josh Crick, director of digital at D&G.

Most recently, Johnston was at TBWA\Chiat\ More

Sarah Anderson has been promoted to the newly created position of chief creative officer at Omelet, an L.A.-based branding, marketing and entertainment company. Anderson, who’s been serving as a partner and executive creative director, will continue to oversee creative for the Omelet’s growing client roster which includes AT&T, Coca-Cola, Microsoft, Moët & Chandon, and Whole Foods Market.

Since coming aboard Omelet in 2008, Anderson has been influential in growing the creative team into a multi-discipline department that’s skilled in providing unconventional solutions to each client’s complex business problems. Under her leadership, Omelet recently launched the global Windows campaign for Microsoft, produced high-visibility campaigns for brands like Walmart and AT&T, and signed marquee clients including Moët & Chandon, Dermalogica and HBO. In her new role, she’ll continue to shape her team’s creative output while helping to lead More 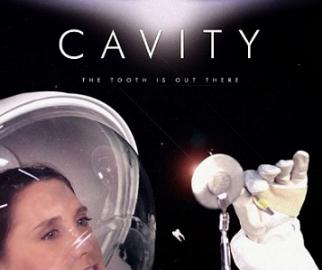 As award season gets into full swing, Brits in LA, with presenting partner Jaguar North America announced that the 7th Annual “Toscars” at The Egyptian Theatre in Hollywood will take place on the evening of Feb 26, benefiting the UKares Foundation charity.  The Toscars is a live event that parodies the biggest award show of the year. Ten teams of 10 people have three weeks in which to make spoofs upon the nominated films for Best Feature at the Academy Awards. The Whacademy made up of a team of experts in their field, hand selected from the entertainment industry, decide the winners in 10 categories including Best Whactor and Whactress. This year’s comedy event will be hosted by Glee’s Alex Newell, who plays Unique on the show. “I’m excited to host this year’s event. It’s for a great cause and it’s a chance for the celebs to let their hair down and have a lot of fun during an intense awards season.”

As The Toscars grows so has the talent who get More

Budweiser To “Rise As One” for FIFA World Cup Brazil 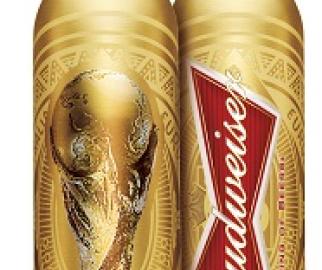 As the official beer sponsor of the 2014 FIFA World Cup Brazil, Budweiser has designed a creative platform under the “Rise As One” theme, which will serve to celebrate the moments that unite and inspire fans of the sport and its upcoming marquee tournament.

“While football brings out regional pride and fierce rivalries, it also brings fans across the globe together once every four years through shared passion,” said Andrew Sneyd, Budweiser global VP. “With the Rise As One campaign, Budweiser celebrates the world’s favorite game and its role in inspiring fans to celebrate the moments that unite us as a global community.” 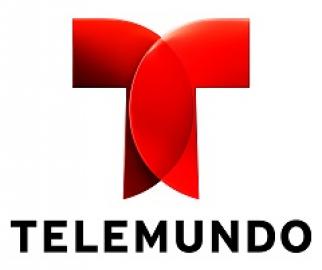 Telemundo Media has entered into a multiplatform partnership with Dr Pepper. This partnership features an intimate, candid look at the personal and professional lives of three Telemundo novela stars, and the stories that make them truly unique.  The three “Unicos” are:  Litzy, one of Mexico’s most beloved television and music stars; Carmen Villalobos, one of the most recognizable young telenovela actresses, who stars in the upcoming second season of “El Senor de los Cielos”; and Eugenio Siller, Hispanic television’s leading man and star of Telemundo’s new original production “Reina de Corazones.”  Each star participates in a robust, seven-month multiplatform campaign titled Los Unicos, that will showcase their stories in on-air teasers, a six-part webisode series, cross promotional appearances on Telemundo and mun2, social media promotion, personal appearances, and more.  Throughout the campaign, fans will discover the little-known qualities, interests More

Rob Reiner to be honored by Lincoln Center 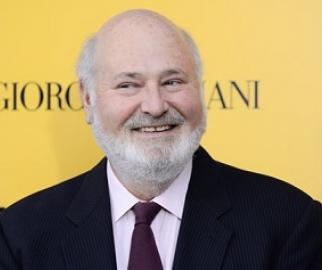 The Film Society of Lincoln Center announced Tuesday that the director and actor will receive the award at a gala April 28. Film Society Board Chairman Ann Tenenbaum called the 66-year-old Reiner a "master multi-hyphenate" who has made "some the most enduring and entertaining films in recent history."

Son of the comedy legend Carl Reiner, the Bronx-born Reiner has directed films including "When Harry Met Sally ...," ''This Is Spinal Tap," ''The Princess Bride" and "Stand By Me." His acting work has ranged from "All in the Family" to, most recently, "The Wolf of Wall Street."

Previous Chaplin Award honorees include Billy Wilder, Alfred Hitchcock and Tom Hanks. Last year, it was given to Barbra Streisand. 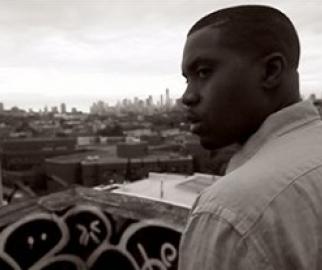 The Tribeca Film Festival will again kick off with music, opening its 13th annual edition with a documentary on Nas and a performance by the rapper.

The New York festival announced Wednesday that it will open April 16 with "Time Is Illmatic," a documentary on Nas' 1994 debut album "Illmatic." Following the film premiere, Nas will perform the album in full.

Tribeca has in recent years increasingly turned to music documentaries to begin its film festival.

Last year's festival started with the Brooklyn indie band the National and the documentary "Mistaken for Strangers." In 2011, Cameron Crowe's Elton John and Leon Russell documentary, "The Union," was followed by a set by John. 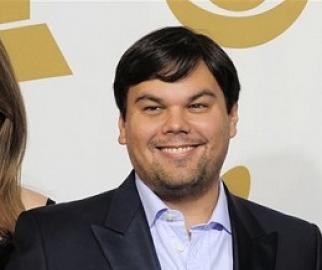 He's got Tonys and a Grammy. Now songwriter Robert Lopez is a little stunned that he might soon take home an Oscar.

"My only dream coming out of college was to get a show up in New York and having it reviewed," he says. "Quite honestly, I just wanted to be doing something in the theater that wasn't just for free."

Lopez, who helped create "Avenue Q" and "The Book of Mormon," is up for an Academy Award next month along with his co-writing partner and wife, Kristen Anderson-Lopez, for best song honors.

The songwriting duo's "Let it Go" from the "Frozen" soundtrack is one of four eligible to win, including Pharrell's "Happy" from the "Despicable Me 2" soundtrack, U2's "Ordinary Love" from "Mandela: Long Walk to Freedom," and "The Moon Song" by Karen O. of the Yeah Yeah Yeahs for Spike Jonze's "Her." At the Oscars, Broadway star Idina Menzel will sing "Let it Go," as she did in the film.