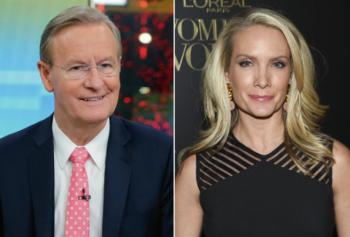 Fox is becoming the latest television news operation to stake out digital turf. Rather than an attempt to seek out young cord-cutters, Fox Nation is a subscription-based service designed to complement Fox News Channel.

The bulk of its original offerings will post between 9 a.m. and the TV primetime hours. While Fox Nation will offer video on demand at all hours, the intent is not to compete with FNC's most popular opinion-based programs "Fox & Friends" and the evening lineup with Tucker Carlson, Sean Hannity and Laura Ingraham.

"With our massively loyal, dedicated fan base, it gives us an opportunity to give them more of what they want from us," said John Finley, the executive overseeing Fox Nation.

Daily programming will emphasize short-form commentary from conservative hosts, many of whom Fox viewers are familiar with. Tomi Lahren offers "Final Thoughts" on the news at dinnertime. Britt McHenry and Tyrus anchor a regular show called "UN-PC." Andrew Napolitano has a regular morning show. Each morning the service offers highlights of what Fox's primetime hosts said the night before, in a program described as a less-snarky "Talk Soup," as well as full-show streams for people who miss them on TV.

Ingraham will co-host a program with Raymond Arroyo, one of her prime-time show's regular guests. Although Fox Nation has promised Hannity and Carlson's involvement, their roles haven't been announced.

The last new program at 7 p.m. each day will be a trivia game show hosted by comic Tom Shillue.

"Creatively, it's very exciting because we can try a lot of things ... that are going to surprise the audience, different sorts of projects that might not have found a home on the news channel," Finley said.

"We thought we were in a unique position to offer something different," he said.

"Fox & Friends" host Steve Doocy is doing a show tied to a cookbook he's released. Dana Perino will have a book club highlighting new releases. Morning co-host Brian Kilmeade, a history buff, is hosting "What Makes America Great," a show where he will travel to places like Mount Rushmore and Andrew Jackson's home, The Hermitage, to tell stories.

"We are so consumed in the elections, who's winning and who's losing and who's doing what to whom," Kilmeade said. "Maybe we can remember when we were just formulating, what brought us together back them."

The service will also livestream video of Kilmeade's radio show, which begins minutes after he steps off the "Fox & Friends" set.

Fox Nation is the latest of several attempts by TV news divisions to reach a digital audience. The CBSN streaming news service, much like a cable news operation online, is the most established and has operated since 2014. Besides being available on the CBS News website, it is also part of the CBS All Access subscription service.

CNN streams its domestic and international networks online, but consumers need an authenticated cable or satellite subscription for access.

ABC News Live began operating on Roku in May and has now spread to other platforms. It offers a mix of filmed news reports, debriefs, some original programming and live coverage of big stories. NBC has aggressively sought younger news viewers online and next year will launch the 24-hour streaming service NBC News Signal.

What most of these services share is an implicit attempt to entice younger viewers who don't watch much news on TV. That isn't necessarily the mission at Fox Nation.

Fox Nation has offered enticements to charter subscribers, including a $1,200 package that includes a three-year subscription, a "deluxe gift box" and customized watch. A monthly subscription costs $5.99.

Like CBS, which has closely held information on how many people use its streaming service, Fox won't discuss how many people have signed up or what the expectations are.

One analyst likened Fox Nation to ESPN's efforts to reach an online audience, saying there's a belief that Fox — consistently the most popular cable news network — has enough dedicated fans to make it financially viable.

"The only question is they tend to have an older audience that is not particularly digitally savvy," said Alan Wolk, co-founder of TV(R)EV, a media consulting business. "Will this be something that they get digitally savvy for?"

Getting names, demographic and credit card information about their most dedicated fans may also be of great value to Fox, Wolk said.