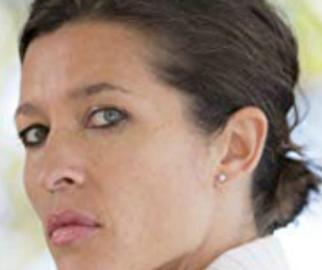 The Appeal is the powerful story of Samoan lawyer Tiana Epati who defended forestry contractor and Black Power member Mac Kapene in a leading case that challenged the criminal justice system in Aotearoa, New Zealand. In a country where over 50% of the prison population are Māori, institutional racial bias against the indigenous people is prevalent. Epati defended Kapene in the Court of Appeal after she believed he was wrongly More 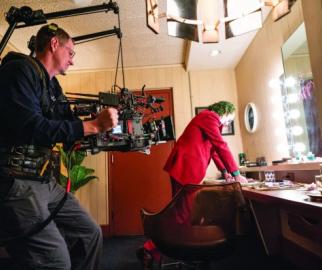 During its Lifetime Achievement Awards ceremony on Saturday evening (1/18) at the Loews Hollywood Hotel, the Society of Camera Operators (SOC) announced and honored Geoff Haley, SOC and Jim McConkey, SOC as Camera Operator of the Year in Film and Television, respectively. 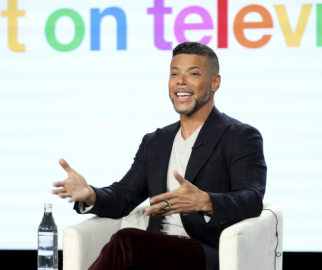 Actor Wilson Cruz says a new documentary on the evolution of LGBTQ depictions on television is a "love letter" to the medium's power.

It's also a testament to how LGBTQ people and their allies harnessed TV to tell the community's stories, said Cruz, who along with actor-comedian Wanda Sykes was an executive producer for "Visible: Out on Television." The five-part documentary will be released Feb. 14 on the new Apple TV Plus streaming service.

"It's through television that we got to tell the entire society and our own culture what our lives are really like. Because of that amount of authenticity, we were able to move the needle to acceptance." said Cruz, whose TV roles include Dr. Hugh Culber in "Star Trek: Discovery" and Dennis in "13 Reasons Why."

"Visible: Out on Television" includes an interview with Ellen DeGeneres about coming out as gay along with her sitcom character, and Adam Lambert discussing his experience as an "American More 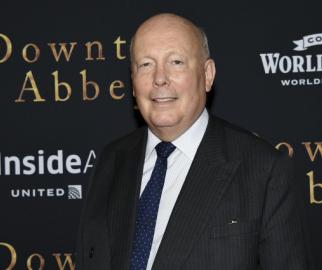 In this Sept. 16, 2019, file photo writer-producer Julian Fellowes attends the premiere of "Downton Abbey," at Alice Tully Hall in New York. “Belgravia,” set in the grand London neighborhood of that name, was adapted by Fellowes from his eponymous 2016 novel. Asked to compare the series to “Downton Abbey,” the hit TV drama that unfolded in the early 1900s, Fellowes said the projects reflect the periods in which they’re set. (Photo by Evan Agostini/Invision/AP)
By Lynn Elber, Television Writer
PASADENA, Calif. (AP) --

The period costumes of a Julian Fellowes drama can be excruciatingly accurate, as an actress in his new series "Belgravia" discovered.

The Epix drama from "Downton Abbey" creator Fellowes and executive producer Gareth Neame is set in 19th-century London and features Tamsin Greig, who starred in the TV comedy "Episodes," and Philip Glenister ("Cranford").

Asked if the elaborate outfits were difficult or easy to work in, Greig gave a quick reply.

"Do you think that they look easy?' she said. "I was under the care of an osteopath within a week of filming, and I realized that I should have prepared better by wearing a corset for a few hours each day in the weeks up to beginning shooting."

It's impossible to get the silhouette of the 1840s without the binding undergarment that women wore, she said. If the limited series' actresses look like they're comfortable, Greig added, "it's really great acting." 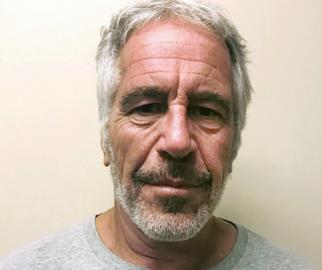 An investigative documentary about Jeffrey Epstein and how the millionaire sex offender avoided scrutiny is coming to Lifetime.

Epstein, 66, killed himself in his New York City prison cell in August after he was arrested on sex trafficking charges. The financier had pleaded not guilty to sexually abusing girls as young as 14 and young women in New York and Florida in the early 2000s. In lawsuits, women say the abuse spanned decades.

In announcing the documentary at a TV critics meeting, Lifetime said it was building on the success of influential projects including "Surviving R. Kelly."

The R&B superstar, who had been followed by allegations of sexual abuse against minors for years, drew new attention from authorities after Lifetime's six-part series aired in January 2019. It included testimonials by alleged victims. More

Reese Witherspoon, Kerry Washington team in front of and behind camera 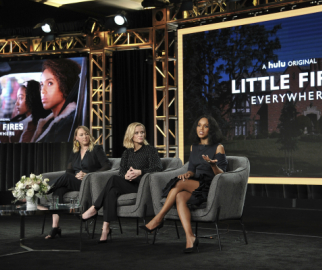 Tired of others influencing her career choices, Reese Witherspoon launched her own production company eight years ago. She has been calling the shots on both sides of the camera ever since, often in collaboration with other high-profile actresses.

"I didn't see a place to exist within the industry that we had," she said. "There just wasn't a spectrum of storytelling for women that I felt like was representative of the world that we walk through."

Her company Hello Sunshine generates most of what Witherspoon does when she isn't working with streaming services like Hulu. Starting in March, it airs "Little Fires Everywhere," based on Celeste Ng's 2017 bestseller, with Witherspoon and Kerry Washington playing mothers living in Ohio in the late 1990s. Both women were executive producers as well.

"We really shared all responsibility. That extends to every script, every nuance, every costume design, every cut of every episode," Witherspoon More 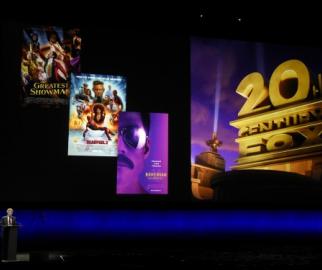 In this April 3, 2019, file photo, Alan Horn, chairman of The Walt Disney Studios, speaks underneath poster images for 20th Century Fox films during the Walt Disney Studios Motion Pictures presentation at CinemaCon 2019, the official convention of the National Association of Theatre Owners (NATO) at Caesars Palace in Las Vegas. Disney is dropping the word “Fox” from the movie studios it acquired as part of last year's $71 billion purchase of Fox's entertainment business, according to published reports. According to trade publication Variety, 20th Century Fox will become 20th Century Studios, while Fox Searchlight Pictures will be Searchlight Pictures. Disney will still run them as separate studios within the company. (Photo by Chris Pizzello/Invision/AP, File)
NEW YORK (AP) --

Disney is dropping the word "Fox" from the movie studios it acquired as part of last year's $71 billion purchase  of Fox's entertainment business, according to published reports.

Variety said the Fox name created brand confusion with Disney because Fox News and the Fox broadcast network are owned by Rupert Murdoch's Fox Corp., while the movie studios now belong to Disney.

The news outlet said a decision has yet to be made on Disney's Fox television production businesses, 20th Century Fox Television and Fox 21 Television Studio. 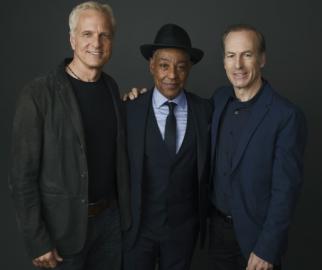 "Better Call Saul" has been renewed for a sixth and final season consisting of 13 episodes that will air in 2021.

The upcoming fifth season debuts Feb. 23-24 on AMC. The "Breaking Bad" prequel starring Bob Odenkirk will air 10 episodes this year focusing on main character Jimmy McGill's decision to practice law as Saul Goodman, which creates unexpected changes for those around him.

Executive producer Peter Gould told a TV critics meeting on Thursday that it's the run everyone on the show wanted. After season four, Gould said he began envisioning how it would end.

"I have to say, none of it is what I expected when it started," he said. "When this season is over, I think you'll have a better understanding of where it's all going."

By the time it's over, "Better Call Saul" will have made one episode more than "Breaking Bad's" total of 62. 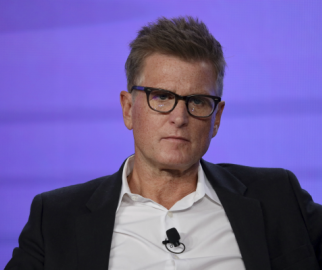 "People do not shop for their entertainment experiences with price being the primary" motivation, Reilly told a TV critics meeting Wednesday. "People don't say, 'I'd love to go to this concert, I don't really want to go to this one as much. But it's cheaper, so I guess I'll go to that one."

Beyond the existing customers expected to convert from $15-a-month HBO to HBO Max upon its May launch, there is a deep pool of potential subscribers that could yield a "substantial number more," he said. Viewers unable or reluctant to pay that fee can look to a lower-priced iteration in the future, he said.

The company previously said it plans to launch a version of HBO Max with ads in 2021.

Reilly's overview of the service included recounting his test drive of it over the holidays, jumping from HBO's " More 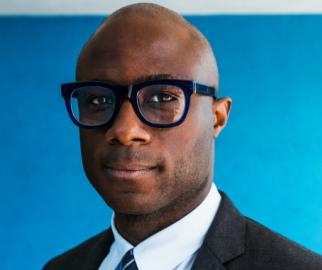 Amazon Studios has signed a new overall deal for television with the Academy and Emmy Award-winning team at Plan B Entertainment, the film and TV production company headed by Brad Pitt and co-presidents Dede Gardner and Jeremy Kleiner. Under the exclusive new agreement, its first ever devoted to television production, Plan B will develop and produce series to premiere on Amazon Prime Video in more than 200 countries and territories worldwide. Plan B is currently in production with Academy Award-winning director Barry Jenkins on the upcoming Amazon Original series The Underground Railroad, and will also produce the new Amazon Original series Outer Range, created by Brian Watkins.  Plan B is also working with Amazon Studios, along with Legendary Television, to develop Paper Girls, a dramatic series based on Brian K. Vaughan’s best-selling graphic novel.

A joint statement from Gardner and Kleiner read, “Amazon has become a More