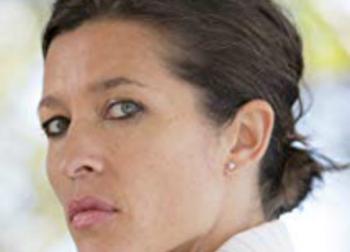 The Appeal is the powerful story of Samoan lawyer Tiana Epati who defended forestry contractor and Black Power member Mac Kapene in a leading case that challenged the criminal justice system in Aotearoa, New Zealand. In a country where over 50% of the prison population are Māori, institutional racial bias against the indigenous people is prevalent. Epati defended Kapene in the Court of Appeal after she believed he was wrongly convicted as a result of receiving an unfair trial. Epati was the only lawyer willing to fight for Kapene. Winstanley hopes this story will highlight the injustice Māori and people of color have endured in a highly racist system that is due for an overhaul.

Based in Los Angeles and New Zealand, This Too Shall Pass is a platform for telling authentic stories with cultural perspectives not often seen on screen before. It was created out of a desire to combine Winstanley’s years of experience in the film and television industry with her love for writing, directing and producing.

Winstanley is currently in development on two other feature: Thief of Sleep directed by Darwin Serink, starring Mojean Aria; and Arezou helmed by Sophia Kiapos starring Shohreh Aghadashloo and Maz Johbrani. Both projects are set to film in the first quarter of 2020 and are deeply rooted in the Persian culture.

Set in post-revolution Tehran, Arezou centers on a 12-year-old girl who discovers the secret world of an illegal, underground ballet group and rewrites her destiny. Thief of Sleep is the story of a young closeted gay man, facing persecution in Iran, who flees to his distant family in Scotland. Thrown into a new culture, he falls in love only to have his freedom and life threatened anew when his asylum case is rejected.

“The authenticity of the projects and commitment to depicting Iranian culture, history and language in such a truthful way is what attracted me to these films,” said Winstanley.