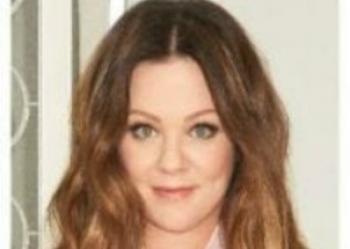 Sue Cabral-Ebert, president of IATSE Local 706, said, “It is with respect and joy that we are able to honor Melissa McCarthy, a true friend to our crafts of make-up artistry and hair styling. Melissa collaborates with our creative artisans in every character she develops – whether it’s the SNL parody of Sean Spicer or the true-to-life author Lee Israel. We want to let Melissa know how greatly she is appreciated, she is so deserving of this award. This is also a historic moment as Melissa is the first woman to ever receive this honor from our guild.”

McCarthy, an Academy Award®-nominated and two-time Primetime Emmy®-winning actress, is a comedy trailblazer whose diverse career includes television, film and stand-up. She has received accolades worldwide including nominations for Golden Globe® Awards, SAG Awards, BAFTA® Award, Critics’ Choice, among many others. McCarthy has received a star on the Hollywood Walk of Fame and has placed her hand and footprints in the cement in front of the TCL Chinese Theatre. She was recently awarded the Inaugural People’s Icon Award at the 2018 People’s Choice Awards and the coveted Comedic Genius Award from MTV.

McCarthy’s film career is composed of a myriad of memorable characters. She first received widespread recognition for her role as Megan in the worldwide hit comedy Bridesmaids, for which she received nominations for the Academy Award, BAFTA Award and Screen Actors Guild. She can currently be seen starring in Fox Searchlight’s Can You Ever Forgive Me? for which she has earned Golden Globe, Critics’ Choice and SAG Award nominations. Most recently, she starred in Life of the Party which she co-wrote and produced with husband Ben Falcone, through their On the Day Productions. McCarthy’s previous award-winning film credits include The Boss, Spy, St. Vincent, Tammy, The Heat, Identity Thief, This is 40, The Hangover Part III and Ghostbusters.  She recently wrapped The Kitchen (Warner Bros./New Line) and Super-Intelligence (Warner Bros./New Line).

McCarthy’s television career began in the late 1990s and she gained nationwide recognition for the clumsy culinary genius Sookie St. James in Gilmore Girls, and Dena in the series Samantha Who?. McCarthy won an Emmy Award and People’s Choice Award for starring as Molly on the hit CBS comedy Mike & Molly and has directed several episodes. She has won an Emmy award for Saturday Night Live, which she has hosted multiple times. Most recently, she appeared on the television series Nobodies (Paramount Network) which she executive produced along with husband Ben Falcone.

The Make-Up Artists & Hair Stylists Guild’s Distinguished Artisan Award is given annually to those whose body of work in the film and television industry was richly enhanced by the consistent collaboration of make-up and hair styling artistry creating memorable characters throughout their career. Previous recipients include Gary Oldman, Johnny Depp, Ryan Murphy and Guillermo del Toro. 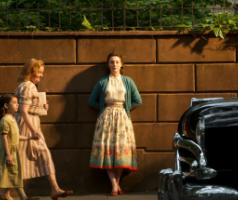 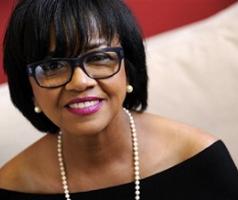