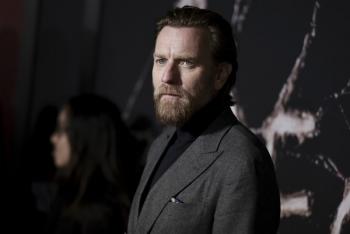 In this Oct. 29, 2019 file photo, Ewan McGregor attends the LA premiere of "Doctor Sleep" at the Regency Theatre Westwood in Los Angeles. McGregor says any delay in completing work on in his new Obi-Wan Kenobi “Star Wars” series will be brief and is aimed at making the show better. McGregor addressed trade reports that the Disney Plus series had been placed on hold at an event Thursday, Jan. 23, 2020, promoting his latest film “Birds of Prey.” (Photo by Richard Shotwell/Invision/AP, File)

"The scripts are excellent and they just want them to be better, and so we just pushed it back," McGregor said of the new series. "It'll be fun to play again."

A return to the role for McGregor has been long rumored, and was announced last year at Disney's D23 Expo. McGregor has said he felt somewhat tortured by all the secrecy around the project.

The show is scheduled to become the second live-action "Star Wars" series on Disney Plus. "The Mandalorian" has been a hit for the new streaming service, introducing audiences to new Star Wars characters, including the adorable, memeable Baby Yoda. 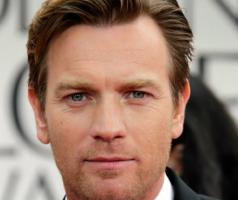