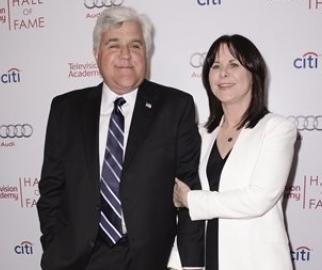 "Jay Leno reminds me a little bit of Israel," Maher said. "He's not perfect, but he's held to a standard nobody is expected to live up to but him."

The media helped fan the myth that Leno "stole Conan's dream" when NBC brought Leno back to host "Tonight" after the show's ratings dropped in 2009 with O'Brien at the helm.

Maher, host of HBO's "Real Time," used an expletive to dismiss the idea that such a theft is possible, then offered himself as a tongue-in-cheek example: He claimed that Tom Cruise robbed him of the More

The festival announced Tuesday that the screening will take place April 25 during the 16th annual Ebertfest at the Virginia Theatre in Champaign, Ill.

Ebert gave "Do The Right Thing" four stars when it debuted in 1989.

The festival previously announced that director Oliver Stone would attend a 25th-anniversary screening of his film "Born on the Fourth of July." Comedian Patton Oswalt will attend a screening of his 2011 movie "Young Adult."

Ebert died last April at age 70. The year's Ebertfest is April 23-27. The full lineup will be announced soon.

Ebert's alma mater, the University of Illinois, is based in Champaign and neighboring Urbana. 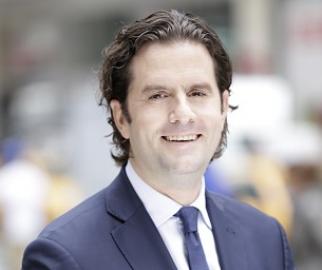 “Two distinct brands, Draft and FCB, were merged together seven years ago,” said Murray. “The entities have united and now have one seamless offering. It’s time to simplify our brand name as well to reflect our focused identity and direction.”

Specifically, the global network will be called FCB (Foote, Cone & Belding), with an important local element celebrated market-by-market. Typically, each office will add the city in which they operate, for instance, FCB Shanghai, FCB Paris or FCB Chicago, using a diagonal line through the B and the first letter of the local moniker. In some markets we will add the name of an acquired company such as in London, where the office will be FCB Inferno, due to the local equity and relevance of the acquired company. In instances where there is an agency with specific More 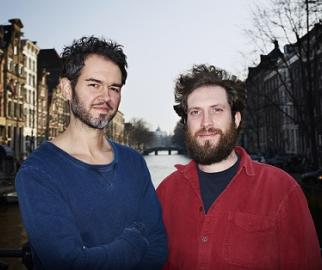 Wieden+Kennedy Amsterdam has brought aboard the creative team of art director Victor Monclús and copywriter Will Lowe.

The duo’s career started at DBB London, where they gave life to award-winning work for Volkswagen, Marmite, the Financial Times, and Harvey Nichols, including the Cannes and D&AD awarded “Daylight Robbery” campaign.

In 2012, the  pair of creatives left DDB to work for 180 Amsterdam, where they created campaigns for clients like Qatar Airways, PlayStation and Barber.

Now they have travelled up the Herengracht canal to join Wieden+Kennedy Amsterdam. 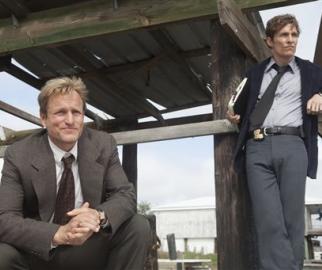 HBO says its streaming service is running again, although disappointingly late for many anxious fans of the "True Detective" series.

Most fans who tried to log onto the "HBO GO" stream for the Sunday-night season finale of "True Detective" weren't able to do so because the service crashed. HBO said Monday the service interruption was due to "an excessive amount of traffic" soon after the 9 p.m. Eastern start of the episode. Many viewers saw a spinning circle indicating the show was loading, but it didn't.

HBO had similar issues with its service last year surrounding episodes of "Game of Thrones."

Connecticut could become the first state to curb loud movies under proposed legislation that's drawing opposition from the Motion Picture Association of America.

The legislature's Public Safety and Security Committee is considering the bill, which would prevent theaters from showing a film or preview that exceeded 85 decibels. The National Institute for Occupational Safety and Health recommends noise should be kept below 85 decibels for workers for eight hours to minimize hearing loss.

"Hopefully this will be a wakeup call to the theater owners and the MPAA to get their act together and do something that's good for the public and still will satisfy their needs," said William Young, a Stamford resident and chemical industry consultant who has pushed the measure. "Why they need such loud sounds is beyond me."

Jon Griffin, a policy specialist with the National Conference of State Legislatures, More 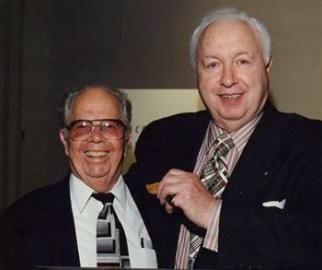 Family members say the former president of the Academy of Television Arts and Sciences has died in Oceanside, Calif.

Henry "Hank" Rieger was 95. He died on Wednesday.

In his 40 years with the TV academy, Rieger also served as president of the organization's Hollywood chapter and editor and publisher of Emmy magazine.

Before joining the TV academy, Rieger worked for United Press International and in publicity for NBC, promoting such series as "Bonanza," ''Star Trek" and "Sanford and Son." He later started his own publicity firm, which counted ESPN among its clients.

In 1994, Rieger was honored with the TV academy's Syd Cassyd Award for his long and distinguished service to the organization. 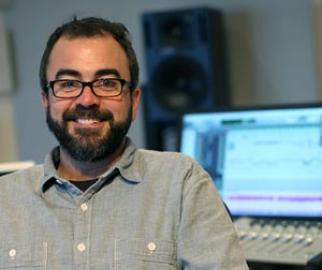 Hermes’ career began as an assistant engineer in Miami, which evolved to audio engineering for TV and Radio. He moved to London and joined NBC as a freelance location sound engineer. NBC sent him to Afghanistan and Iraq to record audio for news stories for “NBC Nightly News,” “Dateline,” MSNBC, and live shots with Tom Brokaw from various locations throughout Iraq. After spending time on location, Hermes settled down and picked up mixing and sound design for television and commercials through Crow TV in London. He also worked as a sound mixer and sound designer for the BBC show, “EastEnders.” Upon returning to the U.S., Hermes worked in New York with Ogilvy & Mather. After a couple years of working remotely in Alaska for his New York clients, he has chosen More

Colorado is spending $1 million on television ads making fun of marijuana users who space out during everyday tasks — an effort to stop stoned driving.

The Colorado Department of Transportation unveiled the "Drive High, Get a DUI" campaign Thursday, the state's first effort since marijuana was legalized in 2012 to remind drivers that pot should be treated like alcohol and not used before driving.

One ad shows a spaced-out basketball player at the foul line in a playground, endlessly dribbling while his teammates wait in frustration. Another ad shows a middle-aged man who hangs a flat-screen TV and celebrates with some tortilla chips and salsa, only to see the TV crash to the floor and shatter.

The funniest ad shows a backyard griller earnestly trying to turn on his gas grill. After many futile attempts, a woman on the back deck rolls her eyes. The propane tank is missing. "Grilling high is now More

Oscar-winning actor Kevin Spacey is coming to Tampa to lead an acting workshop when the "Bollywood Oscars" — the International Indian Film Academy's weekend and awards — arrives in April.

The IIFA announced Thursday that Spacey will be joined in the master class with Bollywood actress Vidya Balan, who won India's prestigious National Award for her thriller Kahaani.

The awards event honors Indian culture, fashion and film and will take place April 24-26 with workshops, parties and dignitaries from both U.S. and Indian cinema.

The show is expected to be watched by up to 800 million viewers around the world when it arrives in the U.S. for the first time.