Twitter co-founder Biz Stone thinks a picture can be more meaningful than 140 characters of text.

That's the concept behind a smartphone application released Tuesday by Jelly Industries. Stone launched the San Francisco startup nine months ago without revealing what he was working on.

Jelly's free app for Apple Inc.'s iPhone and phones running Google's Android allows people to tap into the collective knowledge within their networks on Twitter's short-messaging service and Facebook's online hangout to find answers about things that puzzle them. The questions are accompanied with a photo of the object that triggered the curiosity.

Stone played an instrumental role in building Twitter Inc. into one of the Internet's most valuable companies. His exit from Twitter nearly two years ago raised a great deal of intrigue about what his next act would be.

Sony is delving further into the wearable computing market with SmartBand, a waterproof wristband that tracks everything from daily physical activities and nightly sleep patterns to how much you've socialized with friends.

The sensor-packed band has no display and interacts wirelessly with an Android smartphone or tablet through an app called Lifelog. It keeps a daily record of activities and recommends actions for the future.

SmartBand also informs its wearer of incoming calls and messages by vibrating. Users listening to music can use it to play, pause or skip tracks.

The band's core is removable and can be worn in various ways other than with the wristband.

Sony announced SmartBand on Monday and said it would be available this spring, but didn't give pricing. Sony's SmartWatch retails for upward of $70.

Microsoft says it has sold more than 3 million units of the Xbox One, the video game console it launched on Nov. 22, 2013.

That means Microsoft Corp. sold 1 million of the consoles between Dec. 11 and the end of the year. Sony has not disclosed year-end figures for its gaming console, the PlayStation 4, though it may this week at the Consumer Electronics Show in Las Vegas.

The figures are for sales to customers in 13 countries.

Microsoft says demand for the Xbox One has been strong since its launch, selling out in many stores throughout the holidays.

New Dish Hopper set-up can record 8 shows at once 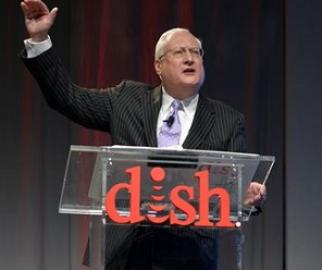 Dish Network Corp. has unveiled a new digital recorder system that can record eight TV shows at once and can be controlled by voice.

The eight-show system involves Dish's Hopper DVR and a new Super Joey add-on box for separate rooms. The catch is that four of those shows have to be from the broadcast networks ABC, NBC, CBS and Fox.

Dish also unveiled partnerships with LG Corp. and Sony Corp. so that Hopper users can watch recorded shows in a second room without needing a Joey. Instead, the system uses an app on a smart TV or PlayStation game console.

Waiting for hours in the cold will no longer be necessary to grab a last-minute ticket at the Sundance Film Festival at Park City.

Organizers have created an electronic wait list to resolve the inconvenience.

It allows festivalgoers to check on ticket availability "from the comfort of your home or wherever you are," David Sabour, Sundance's manager of ticketing systems, told the Deseret News of Salt Lake City (http://bit.ly/1dheLSw). "This is just one of the ways we're looking to improve the guest experience at the festival."

For years, people hoping to squeeze into a theater had to arrive two hours early to grab a number and return again to wait for a chance for a seat.

All that will be a thing of the past when the Sundance Festival opens Jan. 16 for a 10-day run. 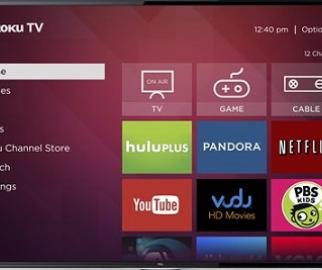 Roku Inc. is launching a line of TVs that play video from services like Netflix without requiring a set-top box. While similar to smart TVs on the market already, the company's Internet streaming platform offers some 1,200 apps and more comprehensive niche content choices.

The Saratoga, Calif.-based streaming set-top box pioneer is partnering with two of the biggest Chinese TV makers in the world, TCL Corp. and Hisense International Co. Ltd. on six models. It plans to showcase them on the sidelines of the annual International CES gadget show in Las Vegas, starting Monday.

The Roku TV will also provide users a way to access feeds from regular live TV providers and to connect to other devices such as Blu-ray disc players.

Roku launched its first streaming video player in May 2008, when the box only played content from Netflix. Since then, the company has sold nearly 8 million units and claims More

NBC's comic institution "Saturday Night Live," criticized recently for a lack of diversity, said on Monday that it was adding a black woman to its repertory cast when new episodes start again later this month.

Sasheer Zamata, who graduated from the University of Virginia in 2008 and has worked with the New York Upright Citizens Brigade comedy troupe, will join for the Jan. 18 episode, for which Drake is the host and the musical guest. Zamata, 27, is from Indianapolis.

The 137 regular cast members who have been part of "Saturday Night Live" since its 1975 debut have been mostly white and have included only four black women. The most recent was biracial Maya Rudolph, who left in 2007. Black men, including Eddie Murphy, Tracy Morgan and Chris Rock, have played more prominent roles.